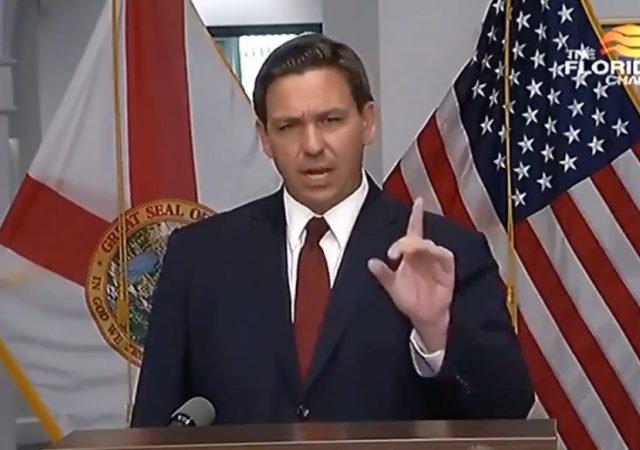 As we recently reported, on December 2, 2021, the business meeting of the Middle East Studies Association (MESA) voted in favor of a resolution endorsing Boycott, Divestment, and Sanctions (BDS) against Israel. The resolution will be forwarded to the full MESA membership in mid-to-late January 2022 for a ratification vote.

If ratified, MESA would be committed to widespread discrimination against Israelis and people interested in Israeli and Jewish Studies, and would violate the academic freedom of American students and faculty.  MESA has 54 institutional members, including major public universities, such as Florida State University and the University of Arkansas, and likely operates at or through many additional universities and colleges. The operation of such a systematic academic boycott would violate anti-discrimination and academic freedom protections.

We wrote about the proposed MESA BDS boycott in the NY Post (with my colleague Johanna E. Markind, Esq.) and also at Legal Insurrection, emphasizing that MESA’s action was overtly political and could have consequences:

This isn’t the same political landscape as in 2013 when ASA [American Studies Association] passed BDS. The academic enemies of Israel now control the Socialist Democrats of America, which is a significant force in Democrat politics (see, e.g. Omar, Tlaib, etc.) At the same time, friends of Israel control numerous red states that have taken action against BDS discrimination. MESA chose to go political in 2017 [when it removed “non-political” from its bylaws] and again with the BDS resolution, now it will be subjected to the political process.

We have started reaching out for comment to various entities, much as we did in 2014 regarding the ASA BDS academic boycott of Israel.

One of the states that has been firm against BDS is Florida. We reached out for comment to Gov. DeSantis’ Office.

Christina Pushaw, Press Secretary, Executive Office of the Governor, provided us with a statement which reads in pertinent part (emphasis in original):

Florida has long had a strong relationship with the State of Israel. As a matter of law and principle, the State of Florida does not tolerate discrimination against the State of Israel or the Israeli people, including boycotts and divestments targeting Israel (the BDS movement).

Recently, this problem has arisen with corporations, such as Ben & Jerry’s earlier this year. Here’s the statute that applied in that case: http://www.leg.state.fl.us/statutes/index.cfm?App_mode=Display_Statute&Search_String=&URL=0200-0299/0215/Sections/0215.4725.html

As you can see, the law is designed to ensure that the state of Florida is not doing business with companies participating in boycotts of Israel. It does not explicitly address public postsecondary institutions. Nevertheless, Governor DeSantis’ position has been clear: It is unacceptable for Florida taxpayer funds to subsidize BDS or any other anti-Israel activist movement.

We will continue reaching out for comment and will report on the results.

As an alumnus….GOOD, kick them in the teeth until they learn not to be such asshats.

This needs to be called what it actually is, straight up RACISM! This isn’t your typical leftists fake pretend rwaaaaacism either. This is in your fucking face RACISM as it is only Jews who are being targeted and they are being targeted because they are Jews.

Oh, you mean like what’s been going on against Whites and (often) Asians for at least 5 years.

>> Yeah, Progressives are equal opportunity offenders when it come to racism.

Although the Progressives would say they are not against ALL jews – just the ones that don’t go along with their agenda. Just like they are not against Blacks – only the ones that object to their agenda. Biden INFAMOUSLY said “If you don’t agree with me – you ain’t Black” (since 85% of Blacks identify as Democrat) and the Progs would likely say that if you don’t agree with – you ain’t a Jew (since 80% of Jews voted for Biden).

By the way, don’t just call out racism when it is so overt (as in this case). I hope you are equally as pissed off when it is more subtle and is directed at races, religions, ethnicities creeds.

Subtle racism is the pretend racism of the left. It’s the “I FEELZ offended” racism where EVERY fucking thing white guy says is racism so excuse me if I don’t lose my shit over shit you make up so you can be an oppressed minority 🤬🤬🙄😱 Try thinking for yourself for a change.

I upvoted this by mistake, and cannot correct it. Trying to water this issue down by comparison with such generalized complaints is silly.

Whites are the target. Jews not so much.
Do you see Jews being killed for no reason?
No!

What planet are you on?

It’s like you’re new to this eh? 🙄 Jews being randomly attacked is incredibly common and all for the crime of being a Jew! Do yourself a favour and join us adults in reality.

DESANTIS IS A REAL LEADER.

There is no mileage in having a polarizing candidate who is obsessed with the injustice done to him in 2020. That is over and done with. Ron DeSantis is a stronger focused conservative. We need a candidate who is focused on winning, not retribution.

Lucky you’re not running the Karen 🙄

De Santis is catching up to PDJT as the gold standard of what an opposition leader should be.

Catching up, but PDJT is still way ahead. That says A LOT for PDJT.

Who let Fauci funnel taxpayer $$$ to fund gain of function research on bat viruses at the WuLab? Who let Fauci take over the federal govt during the scamdemic? Who elevated Christopher Wray to head the FBI, the agency that ran multiple coup attempts against DJT? Who put a bunch of RINO’s on the supreme court, where they rubber stamp covid tyranny? Who left the Jan 6 protestors high and dry to rot – without charges and without bail – in the American gulag archipelago? Who let the 2020 election get stolen out from under him and left the country teetering on the brink of civil war? Yeah, let’s definitely do that to ourselves again.

Okay. Nobody is perfect. The man deserves a lot of credit. In the face of a full-blown onslaught by the media and the Jackass Party – he accomplished a lot. Woke up a lot of people. He forced the radical left to show their true ugly colors. We can never unsee what has been revealed these last 5 years. Whether Trump is the candidate in 2024 or not – he established a foundation that others can build upon. Trump is not perfect – but he is the best president we have had since Reagan.

Trump wasted opportunity to influence events by only seeking jail break and tax cuts when he had a chance at legislation, allowed the military to go woke while uncritically expanding their budget to the point that an alien in outer space would think we are Imperial Japan, and under him CRT was required in government until Tucker and Rufo blew the whistle during the 2020 campaign (so end of his presidency).

He was better than the Democrats and for that reason I will vote for him again if he is the nominee, but don’t delude yourself he was a mediocre president. Better than a horrible president at least.

Trump deserves a lot of credit. But when a guy hires lots and lots of people, then a few months later is denouncing them in the strongest terms, there has to be something wrong there. Trump always hired people, then fired them saying they were the scum of the earth. So why did you hire them, Trump?

If you think the IRS isn’t if anything in sympathy with them I have a bridge to sell you.

MESA has long been an anti American front organization for terrorist supporters.

My first choice for President in 2024.

Desantis for President in 2024!