“Join us for a facilitated conversation to debrief the verdict in the Kyle Rittenhouse trial.” 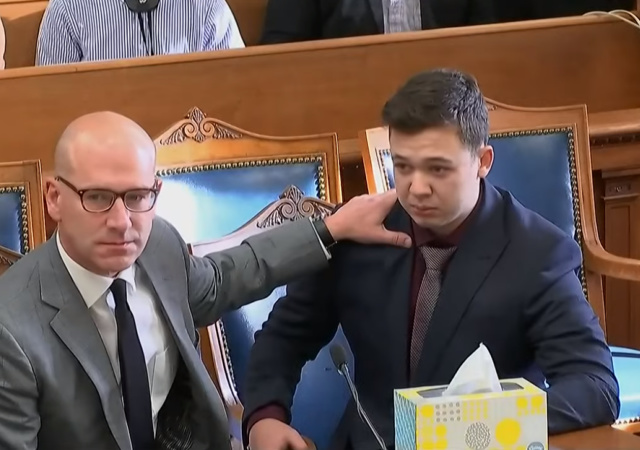 This is embarrassing. When schools do something like this, why don’t they or the students feel any shame over it?

California State University Long Beach offered counseling and psychological services to students at a “debrief” of the Kyle Rittenhouse verdict, where he was found not guilty of murder charges when he shot three white men, killing two, in self-defense during the riots in Kenosha last year.

The verdict shocked and outraged many in the nation despite the high-profile trial revealing the poor case prosecutors had as their own eyewitnesses and video evidence only bolstered Rittenhouse’s claim to self-defense.

“Join us for a facilitated conversation to debrief the verdict in the Kyle Rittenhouse trial. This discussion is hosted by the Division of Student Affairs and is open to all CSULB students, staff, & faculty,” an event flyer posted to Twitter stated.

Debrief of Rittenhouse Verdict –
Join for a facilitated conversation to debrief the verdict of the Kyle Rittenhouse trial. This discussion is hosted by the DSA and is open to all CSULB students, staff, & faculty. *CAPS will be present.
11/22 at 4:00PM.
Zoom Meeting 818 7854 8821 pic.twitter.com/ittO0kjU6O

Do the counselors explain to them that they have their facts wrong and really the verdict was actually correct?

Here is my psychology: “Get over it and get back to class you screaming snowflake!”

Maybe CSLB will issue ribbons to those attending the sessions, so employers can tell who the “stunning and brave” students are — and hire someone else.

I am a clinical counselor; and if one of these victims of jury verdicts were to contact me for verdict trauma, I would be ethically obliged to tell them the truth: there are some conditions for which there is no therapy, no help.

The first step of the therapy should be to have them read all the LI articles about the trial, including all the video clips.

If that doesn’t work the school should publish an address to which we can donate bubble-wrap for the sufferers. (No fair trying to slip drycleaner bags in.)

It’s long past time for colleges to stop encouraging snowflake behavior. Tell students that not everything in life goes the way we think it should and therefore, they need to learn to accept it and move on. Creating these safe places and handing out stuffed bunnies encourages child like behaviors. Treat them as adults. Get a grip and get back to class!

They will never stop as long as they can use it as an excuse to hire more counselors, more diversicrats, more admins – and raise all tuition and fees accordingly.