Meanwhile, Oklahoma’s Republican governor and the state attorney general have filed a federal lawsuit challenging the military mandate for the state’s Guard. 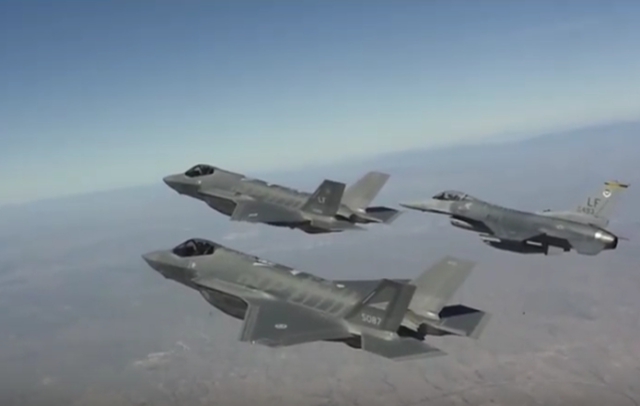 The US Air Force has discharged 27 service members for refusing to get the COVID-19 vaccine. This action marks instance of military personnel being discharged for failing to follow Defense Secretary Lloyd J. Austin’s order that all service members receive the vaccine.

This first wave of discharges includes Airmen and Guardians for whom the separation process was the most straightforward. None of those discharged sought a religious or medical exemption, the Air Force confirmed—if they had, they would have been considered in compliance with the vaccine mandate while their request was pending. And the majority were in their first term of enlistment—Airmen who have six or more years of service, as well as those who are noncommissioned officers or who are being discharged under anything less than honorable conditions, have the right to a hearing by an administrative discharge board.

Those discharged were counseled on the benefits of the vaccine, and their commanders were allowed to impose punishments short of separation, an Air Force spokeswoman said. In the end, however, they continued to refuse the vaccine, disobeying a lawful order.

A troubling development, given the expanding ambitions of the Chinese military (especially in space ventures). Also, a needless act, given that the vaccines are clearly ineffective at preventing people from actually being infected with COVID-19.

Massachusetts health officials on Tuesday reported nearly 11,500 new breakthrough cases over the past week, bringing the total above 100,000, and 52 more deaths.

The deadlines for discharges in other branches of the military loom ahead.

The Army’s deadline for its active duty force is December 15. The deadline for the active-duty component of the other services has already passed. The next hurdle will be the services’ Reserve and Guard forces. The final deadline is June 30, 2022, for the Army National Guard.

Oklahoma’s Republican governor and the state attorney general have filed a federal lawsuit challenging the military mandate for the state’s Guard. Gov. Kevin Stitt asserts that Austin is overstepping his constitutional authority.

Stitt had asked Austin to suspend the mandate for the Oklahoma National Guard and directed his new adjutant general to assure members that they would not be punished for not being vaccinated.

Austin rejected the request and said unvaccinated Guard members would be barred from federally funded drills and training required to maintain their Guard status.

Oklahoma’s adjutant general, Brig. Gen. Thomas Mancino, posted a letter on the state Guard’s website, however, warning his troops that those who refuse the vaccine could end their military careers.

“Anyone … deciding not to take the vaccine, must realize that the potential for career ending federal action, barring a favorable court ruling, legislative intervention, or a change in policy is present,” Mancino wrote.

Destroy our Armed Services – really super (stupid) – with questionably lawful orders based upon decisions made at Nürnberg some 75 years ago – does a government have the right to perform medical procedures on your body without your express permission? Does a person give up such rights when they volunteer or enlist?

Their intent is to destroy the military

I think it’d a swipe to destroy the US Armed Forces. It’s still a experimental medical issue and they don’t want to hear the Fake Vax isn’t saving anyone and also 18 – 29 yo not very susceptible anyway.

In combat, one attempts to destroy the enemy’s military forces. In the USA, traitors are doing it for the CCP. The Democrats are the actors and the eGOP approves via its silence and inaction. The traitors know exactly what they are doing.

Agreed, but there are lots of other people who also deserve to be maid whole.

Better yet. Offer reinstatement to discharged troops with restoration of rank and benefits including back pay. In the meantime, governors should offer discharged troops positions in state militia units in the rank they held at discharge.

I understand the desire for the DoD to push this to dismissal and potentially very negative consequences for individuals who refuse orders. However, I dont believe the orders under the current circumstances are lawful. The next problem is it violates the first rule of leadership; never give an order which you suspect won’t be obeyed. The DoD has dug a hole. Legally it is far from certain whether this stands. Forced immunization of service members to protect against a truly deadly bio weapon; anthrax, makes some sense. Even there the DoD was ultimately stopped by the CT from mandatory vaccination because the vaccine wasn’t FDA approved; it was experimental.

With Covid we have a young healthy population who almost by definition have practically zero risk of serious adverse effects from Covid. Then add in the fact that the vaccines are not close to proof v delta and omicron. Next the DoD order requires service members to receive the FDA approved vaccines. Finally recall that the vaccines being offered and available to service members are the prior vaccine formulation which were produced under an EUA; these vaccines are not FDA approved. They are legally distinct from the approved vaccine formulations which won’t be available until next year.

IMO the challenges by service members are likely to ultimately succeed. Those dismissed or disciplined will have those set aside and the DoD will be looking at large settlements to those impacted either to stave off potential jury awards or as a result of Congressional action and potentially executive action by the next administration.

Make no mistake, the real point of this is to displace whites from the military.

I don’t necessarily disagree with you, but given that the populations with the greatest non-compliance are minority, this may backfire on them.

It’s to eliminate patriots from the military regardless of race

There’s standing challenge against mandatory C0VID shot filed in behalf of 16 U.S. military service members that Pfizer’s BioTech C0VID injection still not really approved, instead Pfizer’s Comirnaty vaccine the thing that approved, it can’t be interchangeable nor substitutable by Pfizer’s BioTech they forcing to inject. Isn’t there should be widespread challenge Pfizer’s BioTech only still approved as Emergency Use Authorization?
https://childrenshealthdefense.org/defender/judge-allen-winsor-pfizer-eua-comirnaty-vaccines-interchangeable/

Meanwhile, counter to what Faucinstein says in public, his own NIH is officially taking the position that “They [vaccines] have a “limited window of efficacy and terrible side effect profile.”

Good article that summarizes the overall problem and vindicates those of us who refuse to take the poison poke. For people like me, it’s never been about the politics per se (I was appalled by Trump’s “miracle” claims which he still makes) but how “the science” was so corrupted from the start.

WHO, CDC, NIH were making conflicting statements before the politics imposed its narrative everywhere. That’s all I needed to smell a big stinking rat. As usual with us conspiracy theorists, the truth was far worse than our theories once the truth became known.

We conspiracy theorists are owed many apologies now that most of them have become conspiracy facts. Anyone want to be the first? You don’t have to take a knee, just an apology will do.