2009 VIDEO: Lawyer for NEA Teacher Union Says It’s Not About Children or Education, It’s About Power

2009 VIDEO: Lawyer for NEA Teacher Union Says It’s Not About Children or Education, It’s About Power

“Despite what some among us would like to believe” 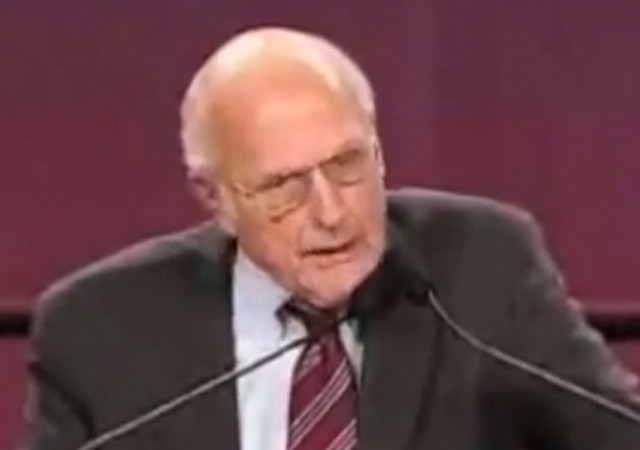 America is at a real turning point with teacher unions. Parents are starting to realize that maybe their child’s education is not the first priority in public education.

This line from a 2009 speech by Bob Chanin, a lawyer for the National Education Association (NEA), is rather enlightening.

Here’s the exact quote, via the CATO Institute:

And that brings me to my final, and most important point. Which is why, at least in my opinion, NEA and its affiliates are such effective advocates. Despite what some among us would like to believe, it is not because of our creative ideas. It is not because of the merit of our positions. It is not because we care about children. And it is not because we have a vision of a great public school for every child. NEA and its affiliates are effective advocates because we have power. And we have power because there are more than 3.2 million people who are willing to pay us hundreds of millions of dollars in dues each year because they believe that we are the unions that can most effectively represent them, the unions that can protect their rights and advance their interests as education employees.

Note the standing ovation at the end. It speaks volumes.

Finally, someone who is telling the truth about teachers’ unions! And a lawyer, no less!!

Every year we see teachers’ strikes, and the strikers carry signs saying it’s for the children. Nonsense. The children are merely pawns used by the teachers’ unions. The unions would gladly sacrifice months of students’ education to gain power, increased salary and benefits, and shorter hours.

Teacher’s unions, even when Albert Shanker headed the UFT and Shanker was correct in taking the UFT out on strike against Lindsay’s absolutely wrong notions of community control, were first and always about protecting teachers.

Bah. The union leadership would throw the teachers under the bus in a heartbeat if it gave the leadership an advantage.

And they would still collect their dues!