Astronauts aboard the International Space Station forced to seek shelter. 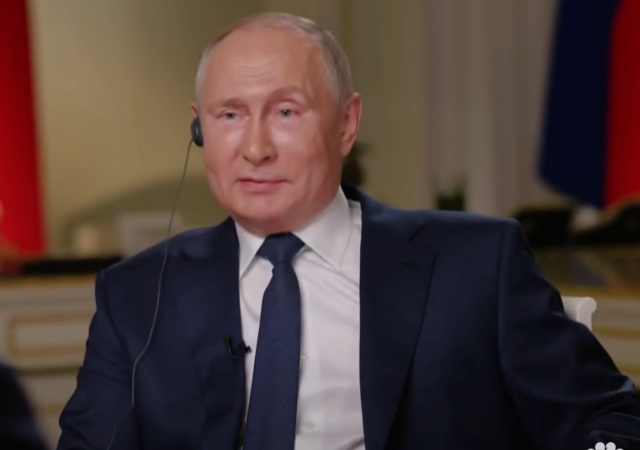 This weekend, Russia has shot down a satellite in orbit in a test of a new missile system.

News broke when the U.S. Space Command reported that it was “aware” of a debris-generating event in outer space.

“We are actively working to characterize the debris field and will continue to ensure all space-faring nations have the information necessary to maneuver satellites if impacted,” the statement continued. “We are also in the process of working with the interagency, including the State Department and NASA, concerning these reports and will provide an update in the near future.”

Seradata, which operates a launch and satellite database, reported that the downed satellite belonged to Russia and was targeted in an anti-satellite test.

“The Cosmos 1408 satellite is a retired Tselina-D class electronic intelligence/signals intelligence satellite launched in September 1982 and which has been dead for decades,” it mentioned in a tweet.

The test generated so much debris that astronauts in the International Space Station had to seek shelter.

…NASA astronauts on the space station were abruptly awakened by a mission control official in Houston who instructed the astronauts to take shelter in their spacecraft.

“Hey Mark, good morning, sorry for the early call,” said a NASA official in Houston, speaking to Mark Vande Hei, one of four NASA astronauts currently on the space station. “We were recently informed of a satellite breakup and need to have you guys start reviewing the safe haven procedure.”

During Monday’s event, astronauts closed various hatches between compartments on the station and boarded spacecraft docked with the orbital outpost that could return them to Earth in the event of an accident. There are currently two spacecraft — a SpaceX Crew Dragon capsule and a Russian Soyuz capsule — capable of entering Earth’s atmosphere and carrying crews to the surface.

Now US and UK officials are condemning the test.

…[T]he Russian Federation recklessly conducted a destructive satellite test of a direct ascent anti-satellite missile against one of its own satellites,” US state department spokesman Ned Price said at a briefing.

Nasa administrator Bill Nelson said he was outraged at the incident.

“With its long and storied history in human spaceflight, it is unthinkable that Russia would endanger not only the American and international partner astronauts on the ISS, but also their own cosmonauts” as well as Chinese “taikonauts” aboard China’s space station, he said in a statement.

…And UK Defence Secretary Ben Wallace said the test “shows a complete disregard for the security, safety and sustainability of space”.

“The debris resulting from this test will remain in orbit putting satellites and human spaceflight at risk for years to come,” he added.

I will simply point out that Russia is building up its military presence on the border with Ukraine. This test is being conducted to demonstrate that Russia can now destroy satellites…its own, or another nation. I doubt it’s too worried at this point about escalating tensions.

Given the woke priorities of the current administration, I suspect that Russian officials will take the strongly-worded statements with all due seriousness.

There was nothing “reckless” about where, when and how the Russian test was conducted. They don’t do things without carefully calculating the risks and rewards.

This was nothing less than a public declaration of power. They thumbed their noses at the whole world because they could.

And why not? The American president is so corrupted, he’s virtually in Putin and Xi’s pockets.

recently a Russia component to the ISS nearly flipped the station over.

Is the ISS called Guam?

Russia just told the US that in the event of war, our satellites aren’t going to be safe.

That moron General Miley and his equally dumb and corrupt boss Lloyd Austin are complete failures. They’re busy destroying you and I instead of protecting us.

Biden is a mere puppet. Accountable, and belonging on a gallows, but he is handled.

“Debris generating event”. Is that a diplomatic way of saying, that “they blew something up”?

Yeah, but in space, it’s less important that something went boom somewhere out near nobody, than it is that chunks of the boom are going to be serious hazards to everybody else’s navigation for the next decade or more.

Oh, I know that, I’m just wondering why they didn’t call it what it was: an explosion.

Just reminding everyone of the “Gravity” of the situation. Reality always beats fiction. This was a relatively high orbit .. above the ISS… so yes… this is a warning. There is nothing that Biden can do as no one believes he is running the show… runs…yes.. running ..no.

So…was any damage done to anything that Russia doean’t own?

Biden is in a chess match with Putin. The problem is that only one of the players knows it.

Most of us don’t know it, but the game is over. Our nation has been so compromised from within, it’s is a paper tiger to the rest of the world.

Russia says What of it? Not like dementia Joe’s going to do anything.

What will the US and UK do other than condem condem Russia? With the leadership in both the US and UK today, they will do nothing. If by chance they do something I believe the US and UK would be defeated very quickly due to our political and military weakness in its leadership today. They don’t have the will to win any conflict that is imposed on them only to curl up into the fetal position…

That’s strange, I didn’t think that Joe the Sloth wanted the UK as an ally.