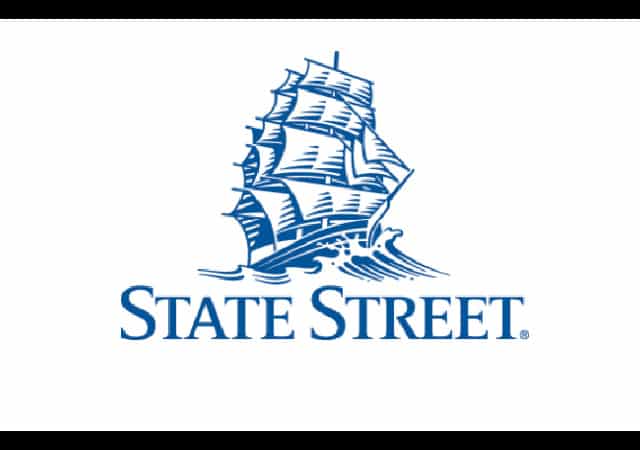 State Street is one of the largest investment firms in the world. It employs 39,400 people in 27 countries, including 2,500 in Ireland.

State Street commissioned the Fearless Girl statue on Wall Street. It moved the statue to the New York Stock Exchange.

The company also vowed to “increase spending with diverse suppliers over the next three years.” They want to “hold ourselves accountable for strengthening black and Latinx owned businesses.”

So I guess it doesn’t surprise me that bosses at State Street must have permission before they hire white males:

The policy is part of a drive by State Street, which employs 2,500 people in Ireland, to improve diversity within its middle and senior management. The multinational aims to triple the number of black, Asian and other minority staff in senior roles by 2023, and executives’ bonuses will be lower if they do not meet the targets.

The 200-year-old company, in common with financial institutions worldwide, has been dominated by white men. A photograph on its website celebrating State Street Global Advisors’ founding in 1978 shows a room full of white men, all wearing shirts and ties.

Jess McNicholas, the bank’s head of inclusion, diversity and corporate citizenship in London, said: “This is now front and central for State Street — it’s on every senior executive’s scorecard.

“All of our leaders have to demonstrate at their annual appraisals what they have done to improve female representation and the number of colleagues from ethnic-minority backgrounds.”

Senior vice-presidents and above must have a panel with “four or five people, including one woman and ideally someone of colour.”

They can hire white males. They need to prove their diverse panel interviewed minorities and females.

This is, of course, disgusting but not surprising. If the government is allowed to do things like this in our country with higher ed, why not private enterprises?

I guess private enterprise will now, too?

>> I guess they need to make room for all the Central Americans coming across the border.

The plan is obviously to replace White Men with Mexican and Central American men.

Democrat Part making it more clear everyday that they are the anti-White Party of neo-racists. And the anti-Common Sense Party.

It’s out in the open now. But, the exact same thing has been happening for 20 years. Scott Adams became a cartoonist after his second boss told him, “we would like to promote you but we can’t because you are a white male.”

This is not new. It’s just no longer hidden.

Um, since this is happening in Ireland, not the USA, it is obviously not aimed at making room for Central Americans crossing the US-Mexico border. (Even if it had been in the USA, it still wouldn’t be aimed at that, since none of them are likely to be able to fill these positions. But it’s Ireland, so the whole idea is absurd.)

The post mentioned Ireland but did not state the policy was limited to Ireland. Further, it is a US based company that is allowing blatant discrimination based on race and gender, even if those policies are perhaps only being pursued in its overseas locations. That the company is allowing this, or even promoting it, is rather telling.

The Irish branch must be aiming for those displaced middle eastern and asian “economic refugees”.

Unless the population has changed completely in the last 40 years, I don’t think they have enough “someones of colour” to replace more than a tiny minority of their white males, even in Dublin.

If done in the USA how is this not a blatant civil rights violation?

Because the people in charge of higher ed are woketivists.

What’s higher ed got to do with this? This is an investment firm in Ireland.

If done in the USA it would be illegal, and anyone passed over because of the policy could sue. But it isn’t, so it isn’t and they can’t, unless Irish law says otherwise.

Milhouse – how many non-whites are in Ireland ?

FYI – this is not limited to Ireland. It is happening in the USA.
Most companies do not state publicly – but their DIE officers make sure it is implemented.
Call it diversity, Inclusion or anything you want – it is a means of justifying a racial agenda.

I call is racial discrimination.

It may be time for one more list on the internet. Along with lists of [insert group here]-owned businesses. it maybe time to do up a list of companies that hire on merit and merit only.

Because they are imposing this on potential white employees and not blacks. And that makes all the difference to the woke mob. As long as there is an appearance of acting to further the mythical goals of diversity and equity they have no problem with the discriminatory aspects of what they are doing.

Does anybody who is not a government declared “protected class” even have civil rights in this country?

In a word, “no”. I am, apparently, one of those in the protected classes, but as I don’t wear flamboyant clothing, or join “gay” groups, I am not recognized as such and refuse to use that as any form of crutch.

I mention it here for context, not as some sort of virtue signaling.

It’s OK. I identify as black. I also identify as an investment banker. How dare you contradict my worldview. Hire me or else.

I identify as WHITE MALE.

Can’t wait for the CLASS ACTION LAWSUITS to get filed.

I want to be a member of that class action. Pure GOLD.

Go WOKE = Get BROKE.
State Street and others will soon discover that Woke is Stupid.

And, State Street believes that this blatant and illegal discrimination doesn’t violate EEOC requirements and federal labor laws, how, exactly?

Because just like a thousand other pieces of Democrat bullshit, they KNOW that the DOJ will never come after them, and they expect woke SJW justices to uphold it regardless of the actual laws.

The DOJ won’t do anything even if we had a GOP president. They did SFA during Trump’s time.

It’s a violation of EEOC law and federal law. No doubt about that. But since the alleged “goal” is to increase minority (<–read black) diversity and equity these companies actually think they are within in the law.

Rest assured though, if a company announced they'd only be hiring white people to the exclusion of blacks (and Asians because we have to include them so that it's somehow OK) the howls of outrage from the usual suspects would be deafening. Guaranteed.

I don’t think “Hispanics” fare that well under these discriminatory practices. First of all, many can’t be seen as a protected class at a distance of more than 12 to 15 feet and second, most just want to work, and not be window dressing for the B of D to show off to The Government.

And, State Street believes that this blatant and illegal discrimination doesn’t violate EEOC requirements and federal labor laws, how, exactly?

Um, because neither the EEOC nor federal laws have any effect in Ireland?

I missed that the policy applied to Ireland operations. But, make no mistake — this policy is already probably being enacted in the U.S.; just not as overtly. It’s a certainty, given all the racist indoctrination that U.S. corporate H.R. departments are shoving down the throats of new hires. And, State Street has long held itself out as one of the most “woke” U.S. banks and asset managers.

Lots of diversity drivel. Nothing about competence.

Why would I trust this company to manage my money?

I don’t have anything invested at State Street, but I have considered their products in the past. Never again.

It can be disruptive and expensive to move investments away from a firm that’s gone bad. It takes time and planning. But the first step is easy. STOP INVESTING MORE MONEY!

If you have any State Street investments, I suggest that you immediately stop adding to your investment. If any of your investments are set to “automatically reinvest”, you can change to “send my earnings in cash” and take a little time to find a better alternative. Do it now, before the end-of-year earnings season.

Why would I trust this company to manage my money?

You shouldn’t trust them with your money. Or anything else. Because with this announcement they have informed their customers and potential customers that they are not hiring the most qualified people to manage investments but are hiring based solely upon skin color to achieve some mythical racial diversity quota.

I am very close with a senior person at JPM.
I was told they cannot hire any White Male without first showing that they considered non-White Males. And then they have to defend why they choose the White Male.

This is ILLEGAL. But it is also STUPID.

This is psyops – an application of dark psychology. In other words, this is warfare. Harm is a feature not a bug. It is about control. It is about process not content.

How is this not overt racial discrimination?

Imagine if they were told they needed permission to hire a black. Or an Hispanic. Or any POC. Or a woman. Or a gay. Or a trans.

So…will State Street be able to fire some of their super duper diverse hires when they inevitably f*** up?

Not without being sued or being charged by the EEOC, or both.

State Street is run by phony leftist hypocrites. Look at their board of directors. The 12 smiling faces appear all white except one token black. Look at their executive leadership. 26 of 28 appear to be smiling white liberals proud to preach leftists dogma to show their credentials. They impose their leftist idealogy on the middle management, but prefer to live above the equality that they impose on others. Typical liberal.. Pure 100% phonies. Proud to be suck ups, but adverse to walking their own talk.

However if you are white and related to a board member we’ll find a spot for you ( wink, wink).

Yes – if you admit to your white privilege (wink)
or
identify as a non-straight on-white non-male.

I don’t invest for liberal experiments. I want the best and brightest not a box of crayons.

One has to wonder how desperate for a job that any white [or Asian] person in the investment field would have to be to apply for a job there?

Yet another example of why we need to stop coddling and simping for the corporate boardroom.

Maybe it is time for “white males” to move their accounts away from State Street.