Rodgers has allergies to products in the Moderna and Pfizer vaccines and concerns about clotting with the Johnson & Johnson vaccine. 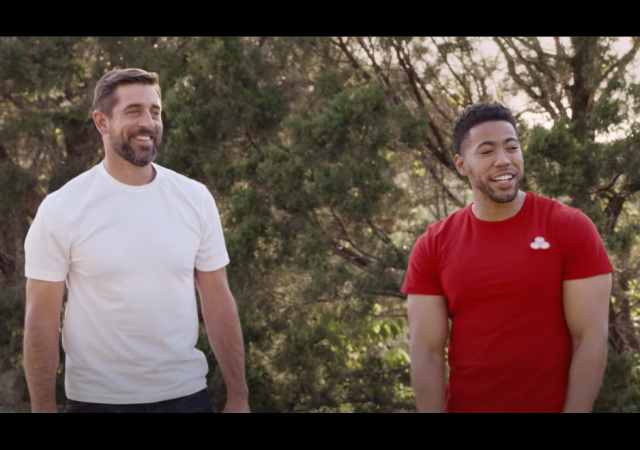 DISCLAIMER: I am a Chicago Bears fan. I despise the Green Bay Packers, which includes Aaron Rodgers.

Christine Brennan at USA Today is not happy with State Farm because it did not drop Aaron Rodgers over his COVID vaccine comments.

Brennan was so clever to say State Farm “punted” when it had the “chance to repudiate the lies and misinformation spread last week about COVID-19 vaccines by” Rodgers.

“Aaron Rodgers has been a great ambassador for our company for much of the past decade,” a company spokeswoman said in a statement to USA TODAY Sports Monday morning.

“We don’t support some of the statements that he has made, but we respect his right to have his own personal point of view. We recognize our customers, employees, agents and brand ambassadors come from all walks of life, with differing viewpoints on many issues. Our mission at State Farm is to support safer, stronger communities. To that end, we encourage vaccinations, but respect everyone’s right to make a choice based on their personal circumstances.”

State Farm is better than you, Brennan.

Because obviously State Farm listened to Rodgers, unlike Brennan. Rodgers said he has an allergy to one or more ingredients in the Moderna and Pfizer. He has concerns about clotting issues in the Johnson & Johnson shot.

However, State Farm wants to have its cake and eat it, too.

The company did not drop Rodgers but it is not airing as many of his commercials. State Farm aired 394 commercials on Sunday. Rodgers appeared in six, which is about 1.5% of the commercials.

State Farm aired commercials with Rodger in 25% of the total ads in the previous two Sundays.

Ahh I don’t think that’s true they will ease back into it. I give them props for not surrendering to the monsters

Not 100% class; yet, still waiting for Subway to have anywhere near this much class.

Ok. Specifically. What did Aaron lie about? What did he say that was misinformation? Offer verifiable credible references. No the CDC, NIH, and WHO do not qualify. Typical leftist flap-trap that says nothing but hate. If you can’t be specific, shut up already.

Agreed. He’s allergic to ingredients in some vaccines and he’s concerned about known clotting issues with another. Where are the “lies and misinformation?” Unless I’ve missed something, he’s not trying to convince others one way or the other. Christine Brennan needs to unknot her knickers.

For this to be considered a victory….

As long as I keep getting the Roger’s Rates, I’ll stay with State Farm. One deal breaker would be if Flo or that Lizzard showed up.

Well, yeah. Even a caveman knows that.

Why should Rodgers have to answer any media questions about his personal / private medical decision(s)? I wish sports figures would answer the question “that’s none of your damn business” and “do you have any football questions for me?”

Perhaps he’s been following the FLCCC protocol. I followed the Psalm 91 protocol and consider myself immune. Note that I did get it, but beat it easily. So following advice of countless physicians on prevention, together with the promises of scripture, I considered myself immune – and even where I got it – I was immune from the worst / deadly effects of it. So I can’t see where it would be wrong to say “I’m immunized” – it’s just that vaccines were not his (or my) source of immunity.

It’s weird how once “Jake from state farm” became a person of color, all these white people in the ads were falling all over themselves trying to give him free stuff.