Los Angeles is #2 in Orkin’s 2021 list of “Rattiest Cities” while Sacramento moves up several notches. 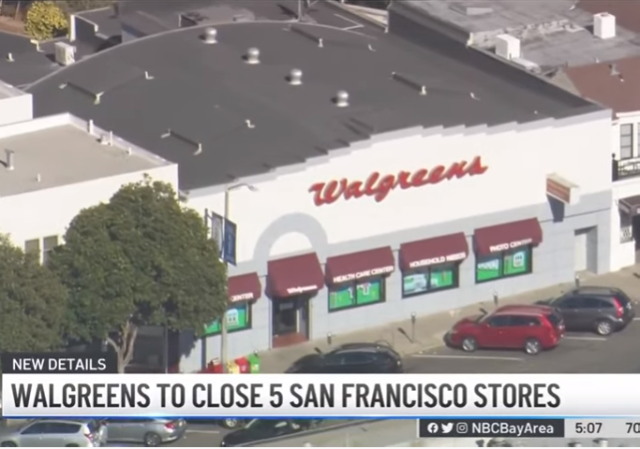 California has a rat problem, and I am not referring to politicians.

For example, after years of allowing the homeless to dominate its streets, a San Francisco Walgreens is being temporarily closed to deal with a “severe rat infestation.”

The Walgreens in question, which is in the city’s Noe Valley neighborhood, will not be allowed to reopen until it manages to pass a health inspection, according to a San Francisco Department of Public Health report first noted by SFGate.

Inspectors ordered the location closed on Nov. 8 after determining the establishment posed “imminent health hazards that could not be immediately corrected.”

The store seems like it was more of a garbage dump than retail establishment, based on the reports.

A report from the inspector noted that food was “contaminated and/or adultered” by vermin on the sales floor and in an upstairs storage area.

“Observed containers of noodles, flour and other food products gnawed and with vermin droppings on and around them,” the report said.

Droppings were found on the sales floor, on shelves, on and around food products and on top of storage area, the report said. One dead rat was spotted on a glue trap.

However, San Francisco isn’t the only Golden State city to have a rodent problem. Los Angeles has the dubious honor of being the second most rat-infested city in America.

One thing Los Angeles residents may not want to be known for, however, is the overwhelming number of rats creeping through our streets and backyards.

Nevertheless, that’s exactly the case, according to a new ranking released Friday by pest control company Orkin. In fact, Los Angeles was ranked No. 2 on this year’s list of the Top 50 “Rattiest” Cities.

If you want to hold off on bragging, we understand, but here’s how Orkin comes up with the list: Each year, the company ranks metro areas based on the number of new rodent treatments performed from Sept. 15 of the previous year to Sept. 15 of the current year. The ranking includes both residential and commercial treatments.

San Francisco was merely #5, which highlights the scope of the problem in LA.

Furthermore, the capital city of Sacramento has moved up on the Orkin list.

The city of Sacramento, which has been topping lists lately for skyrocketing housing prices, is also climbing the rankings on a national list for something else — rats.

The Capital City ranked No. 29 on Orkin’s annual list of the top 50 “rattiest” cities in America — up seven spots from last year.

…In 2019, the city exterminated more than 100 rats that had infested a then-vacant River District lot surrounded by homeless encampments. The same year, rats infested the courtyard outside the California EPA building downtown, sparking a heated debate on how to get rid of them.

If these trends continue, COVID will be replaced by rat-borne diseases as the prevalent public health issue in the state.

It sounds like a good reason for Walgreens to close the store permanently to reduce its exposure to California.

Are they really talking about rodents, or the people wandering in and helping themselves to whatever they want?

Hood rats don’t gnaw holes, they carry the bags out under their coats.

Not under their coats.. They don’t even bother..

Why bother concealing the bags when you know you won’t even get charged IF they call the cops?

I’ll take a hard pass on this and the other attractions of living in large metropolitan area.

Did Walgreens themselves sanction this? Or, was at the stupidity or mendacious Ness of one of their individual employees? One who just happened to work for Walgreens, as opposed to CVS, Rite Aid, or Osco?

If I do a web search for: walgreens full adult dose, I get reports of occurrences in Baltimore, Fort Worth, Miami-Dade, Scottsdale, Evansville IN, and Loudoun County VA (112 cases there alone). Some of these were for kids who went to get “normal flu” shots and were given the COVID vax instead.

If I do the same search for CVS, I get one report of a 17yo who was overdosed.

For Rite Aid or Osco, I come up empty.

So yeah, I’d say Walgreens has a “systemic” problem.

“The Walgreens in question, which is in the city’s Noe Valley neighborhood, will not be allowed to reopen until it manages to pass a health inspection, according to a San Francisco Department of Public Health report first noted by SFGate.”

Yeah, if I were CEO of Walgreens I’d be falling over myself paying good money to hurry and reopen this store so it could once again serve or large, diverse clientele of brazen but legalized per city code of shoplifters.

I agree with Subotai Bahadur above. Just close the doors. Community goodwill be damned!

Once again, the people of SanFranshitco are getting exactly what they’ve voted for.

Regarding the rats: were they the 2-legged or 4-legged species?

Either way the Dems will want them counted in the next census.

> Either way the Dems will want them counted in the next census.

And registered to vote!

They have already voted.

Though many of the absentee ballots were missing the required pawprint..

This means that Noe Valley must rat out the Demo rats.
Demo rats are filthy, toxic creatures from the genus homo ratus.

Has San Fransisco put very strict limits on what city workers and private businesses can use to eradicate rat colonies because of environmental concerns? For example, If memory serves Wafarin is banned in some places because concerns of it moving up the food chain when a dying rat is found and eaten by a predator.

The city fathers might want to talk to some terrier owners about rat bounties.

Rat poisons are falling out of favor pretty much everywhere. Even if you put them where other animals can’t get in, the dying rate get out. Then you poison owls, hawks, dogs, cats… Warfarin kills even vultures, which are practically poison-proof (it’s a job requirement).

Rat bounties are a bad idea, too. Every time a government institutes a pest bounty, people intentionally breed the pests to collect.

Good thing the out-of-control hobo camps have nothing to do with this infestation. sarc