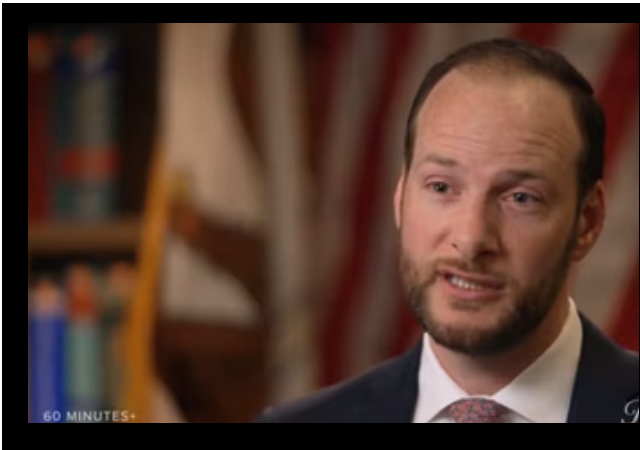 The special election to recall Boudin will take place on June 7, 2022, during the statewide primary election.

About two weeks ago, the group Safer SF Without Boudin announced it had already gathered 83,487 signatures from San Francisco voters who want to recall Boudin — well over the 30,000 needed to for the June ballot.

The group alleges that Boudin has failed to prioritize the public’s safety by being too lenient on repeat offenders.

The signatures have been verified and the recall is proceeding to the next stage.

“Today the Department of Elections certified that the petition to recall District Attorney Chesa Boudin contains a sufficient number of valid signatures and that the petition is successful,” wrote Director of Elections John Arntz, who sent a letter to petition organizers on Tuesday notifying them of the conclusion of the certification process.

And while the rule of law deteriorates as Boudin implements is utopian vision, residents in some San Francisco neighborhoods are banding together to hire its own security force.

Pictures all over social media depict crimes in the city, even in broad daylight. Cars burglarized, sometimes with people inside, sometimes the same car more than once.

On Russian Hill Tuesday, tired of being victims, people met to consider the cost for some peace of mind.

Someone at the meeting said people know they can come to San Francisco to steal and assault with no consequences.

Alan Kutzenko has lived on Russian Hill for 16 years and knows about crime up there.

“Lots of broken glass. Cars are just constantly broken into,” he said. “There have been a number of package robberies. It’s actually rampant … I have a few women friends and they are very uncomfortable and nervous at night.”

Not far away in the Marina District, neighbors have already hired a security force.

Meanwhile, the local media is trying to stop the red pilling. The San Francisco Chronicle recently asked if residents should “tolerate burglaries” amid rampant city crime.

Residents and city leaders are searching for answers: should they tolerate burglaries as a part of city living, and focus on barricading homes?

Should repeat offenders get rehabilitation services, or be incarcerated so they can’t commit more crimes? https://t.co/F0kaALqjU1 pic.twitter.com/QMqOjXJFMl

The response on social media to that question was epic.

“Can you imagine living in a city where barricading yourself in your home is considered a more viable option than (checks notes)… arresting burglars??l” wrote Twitter user [email protected]

“Think about how far gone the city of San Francisco must be for its major newspaper to write the first sentence below as if it’s a reasonable civic question,” another user, Jeff B. is *BOX OFFICE POISON*, wrote.

“Posting this so people who never lived in SF see the insanity we are dealing with,” wrote former UFC fighter, Jake Shields. “I saw it was only Gonna get worse and fled a year ago but I have friends who stayed convinced it will get better.”

What happens if you barricade yourself in and then there is a fire?

Wake me if the recall succeeds. This effort is way too premature. There are still too many stupid voters there.

Spot on. If the recall fails, and it likely will, he will only be emboldened. The same people getting excited by this also thought Elder would beat Newsom. How did that work out?

doubt he gets voted out but why wait until June 2022

Someone should seek a TRO to remove him pending the election. The damage he can do until then is irreparable.

Hope this ‘red diaper baby’ gets tossed out on his red ass. Too bad it will take so long.

If Chesa Boudin was secretly hell bent on bringing back vigilantism and “frontier justice”…what would he be doing differently than what he’s doing now?

Who is counting the votes on June 7? Who is controlling the source of the ballots to be counted? As long as the people of California continue to accept fraudulent “elections,” this is just a noisy game to the slavemasters.

The whole purpose of DAs like Boudin is to cause chaos and strife so the “people” will demand a toltalitarian police state solution. Oh, it wont be marketed as such, but that is what it will be.

If your have people who will not obey the laws of society, then separate them by punishments allocated by law.

My God, just look at the pathetic, effeminate, far left wing girly man. Determined to wash away his wimpy white guilt, he decided the best way to do this was to make up his own laws….laws which disproportionately allow black and brown people to commit many crimes, and not be prosecuted – all so he can sleep better at night. Here’s an FYI, soy boy: The people most hurt by black and brown criminals let back out onto the street to ply their trade, are other black and brown people. Get a pair, Nancy.