“If we hold people in custody, pending a deportation or asylum hearing, people stop coming. That was proven under the migrant protection protocols.” 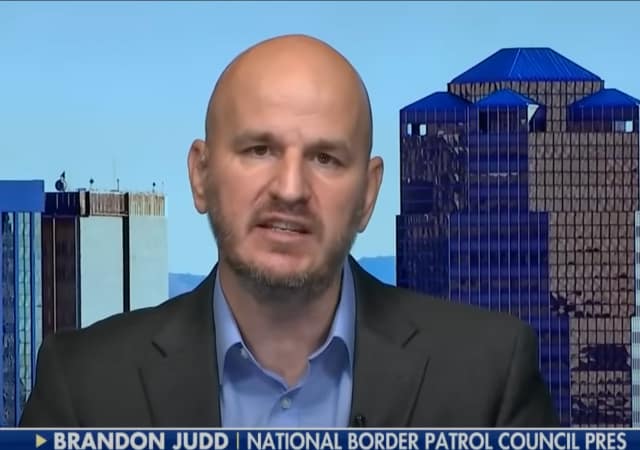 “Any time we release people into the United States pending a hearing that they’re [illegal immigrants] not going to show up to, we’re going to have tons of people cross our borders illegally,” Judd told “Fox News Live” on Sunday.

“It’s that magnet that draws people here and as long as that magnet exists, people are going to continue to come.”

“If we hold people in custody, pending a deportation or asylum hearing, people stop coming,” he continued. “That was proven under the migrant protection protocols.”

Judd then explained that the Biden administration “unfortunately did away with everything that President Trump did that was in fact beneficial to border security,” and, resultantly, opened the floodgates. “Now we’re in the biggest crisis we’ve ever seen as far as border security goes,” Judd asserted.

Judd also accused Biden of hiding information from Americans. He brought up the alleged $450,000 payments given to those separated from their families because Biden denied the report and lashed out at Fox News’ Peter Doocy for asking the “garbage” question.

Then a senior advisor insisted Biden is “in the loop” while the president decided to support the payments.

“The dollar amount might be a little bit different, but the fact remains, they are in discussions for payments to these families and President Biden could have come out and he could have told the American public that and he didn’t,” Judd argued on Sunday.

He went on to say that he’s “concerned with anything that this administration says right now simply because they haven’t been forthcoming.”

THERE SHOULD BE A LAW

I thought law-enforcement were not allowed to decide which laws they enforce and which they do not. Maybe I’m wrong. If so, there should be a law that makes it illegal for police and prosecutors to selectively enforce the law.

Just wait till these insane fucks start giving $450,000 to people ‘separated’ at the border.

There’s literally going to be child slave markets on the border for people to grab one and hope to get paid after crossing.

People who make one or two dollars a day in their home country will flock to the border for a chance at $450,000. It is a dream for them. “Streets paved with gold” level of frenzy.

2021 will end with about 2.5 million illegals (including the estimated number of “get aways” that they can’t count).

Progressives could not create a bigger magnate for the worlds poor than to start giving out checks.

They are not dumb. They know this will cause a stampede. They want to get as many in as they can before the Biden Administration blows up.