Once the jury goes into deliberations, we will go into VERDICT WATCH mode, so keep your eyes right here for breaking news and analysis of the final verdict(s) in the Kyle Rittenhouse trial. 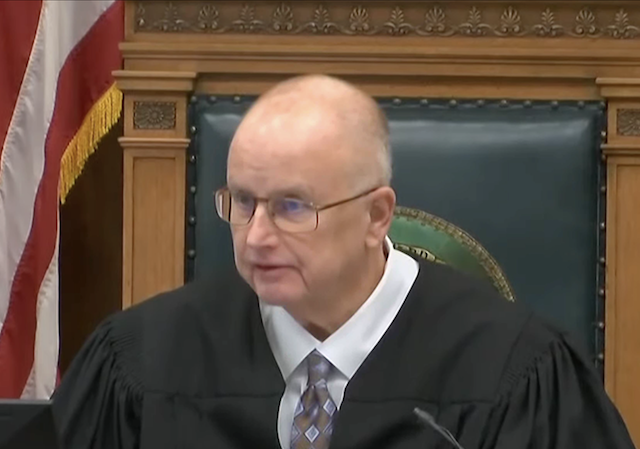 Welcome back to our ongoing live coverage of the trial of Kyle Rittenhouse. Kyle is charged with a variety of felonies, including first-degree murder, for shooting three men, two fatally, as well as for alleged reckless conduct on the night of August 25, 2020, in riot-torn Kenosha WI.

Today the court will instruct the jury, explaining to them how to apply the law to the facts of the case as they determine those facts to have been proven or disproven.  This will be followed by the State’s closing argument, the defense closing argument, and the State rebuttal.  At that point, the jury will begin its deliberations. Once the jury goes into deliberations, we will go into VERDICT WATCH mode, so keep your eyes right here for breaking news and analysis of the final verdict(s) in the Kyle Rittenhouse trial.

You can find our commentary and analysis of from over this past weekend here:

As usual, you can follow our live streaming of today’s court proceedings as well as our live, real-time commenting of courtroom testimony and argument as it occurs, right here.

And don’t forget to join us this evening for our usual plain English legal analysis and commentary of the day’s proceedings, along with the courtroom video of it all.

Three former law enforcement on the jury. Let’s hope they had some use of force training.

What, really? I missed that. what do we know about jury makeup?

Where do you find info on the jury makeup?

Not available.
Barnes Law has a couple of high school kids in court watching jury.
They say “The Jury believes Kyle”

The earliest postings here on this case (still available) went over in great detail all the voir dire questions asked of jurors, and how many people answered yes or no. However, they were asked of a much larger pool than the final jury, so it may or may not be possible to assemble the makeup of the final jury from that information.

Wisconsin prosecutors are equally as corrupt as Minnesota. Absolutely sickening. But why wouldn’t they feel empowered? The FBI got a dirty judge to give them a search warrant on several people to find a missing diary…

Wisconsin stole 2020 in the most blatant fashion.

I don’t know if anything will come of it, but at least one sheriff is trying to do something about the brazenly illegal way the Wisconsin Elections Commission went about doing that.

“During that press conference, Luell provided a methodical review of the Wisconsin Election Code and his investigation into a complaint lodged by “Judy,” whose mother “Shirley” was a resident of the Ridgewood Care Facility.

After her mother died on October 9, 2020, Judy discovered a vote in the November 2020 presidential election had been cast in her mother’s name. In an affidavit originally filed with the Wisconsin Election Commission, Judy stated that she believed the residential care facility had taken “advantage” of her mother’s “diminished mental capacity and filled out ballot(s) in her name.”

While their investigation focused on Ridgewood Care Facility, during the press conference, Schmaling and Luell made clear that the fundamental violation of election law occurred when the Wisconsin Election Commission, or WEC, directed municipalities not to “use the Special Voting Deputy process to service residents in care facilities,” and instead to “transmit absentee ballots to those voters by mail.”

As Luell detailed in the October 28 press conference, Section 6.875 of the Wisconsin election code provides the “exclusive means” of absentee voting in residential care facilities, and that statute requires the local municipality to dispatch two special voting deputies, or “SVDs,” to a facility. The election code further requires the SVDs to personally deliver a ballot to residents of the facility, and then witness the voting process. And only a relative or an SVD may assist the voter in the process, and once voting is complete, the SVD must seal the ballot envelope and deliver it to the clerk.

By directing municipalities not to use SVD, as required by state law, Luell explained, the WEC appeared to violate Section 12.13(2)(b)(7) of the Wisconsin Election Code, entitled “Election Fraud.” That section expressly provides that it is a crime if, “in the course of the person’s official duties or on account of the person’s official position,” the official “intentionally violates or intentionally causes any other person to violate any provision” of the election code, “for which no other penalty is expressly prescribed….

Whether to charge these crimes is a matter for prosecutors to decide, the sheriff and his lead investigator explained. However, given that Racine County is just “one of 72 counties,” and “Ridgewood is one of 11 facilities within our county,” they encouraged the state attorney general to launch his own investigation.

…The various clips and quotes included in the summary of the Racine County Sheriff Office’s investigation provide pretty strong evidence that the WEC members knew they were exceeding their lawful authority and thus violated Section 946.12(2) of the criminal code, as well as the election code provisions specified.

To date, however, no one cared. Will District Attorney Patricia Hanson?”

I don’t know anything about the political landscape of Wisconsin since I’ve never been there. Will DA Hanson care? Or is she complicit in the fraud. The fraud is fairly common. Just mail the ballots to the retirement home. Where the staff “considerately” fills out the ballots for the residents who after all need their rest, then return them.

I found it funny that the Sheriff urged the AG to open an investigation statewide. The same AG who has already refused to investigate. For me the funny part was when the Sheriff noted that Racine isn’t the only county in Wisconsin; there are 71 others. Sheriff Schmaling was dropping pretty strong hints that other counties more interested in investigating election fraud than state AG Josh Kaul, perhaps his own county AG Patricia Hanson as well, can conduct their own investigations.

The incredible shrinking Binger….to me as Richards was blasting his evil concoction of a case out of the water, he looked to be shrinking. Blimpo too cause Binger was afraid to rebut the power of truth that Richards righteously bellowed upon there scheme.

So it goes to the jury. Unpleasant case to put it mildly, but worth my time. Gives insight into a self-defense claim and how it’s treated, and on how much power a prosecutor has. I found a fair amount to like about the judge, but that shit show put an exclamation point on my pre-existing view that people should stay as far away from the legal system as they possibly can.

Has anyone here ever seen a shooting like this that has SO MUCH video, from different angles and perspectives?

How so many can watch the same thing and see 2 different things is mind boggling.

Like always, I avoid coverage of these things until I see the actual live or recorded video of the trial. (Thank you Mr. Branch and Professor Jacobson )

Another reason is cognitive dissonance, as in people perceiving what they want to perceive despite evidence to the contrary.

Here’s what Binger’s “heroes on the street” did to a “Kyle” who didn’t have a rifle:

“Kick him in the testicles”?!? When I was growing up, that was considered “fighting dirty.” Shameful!