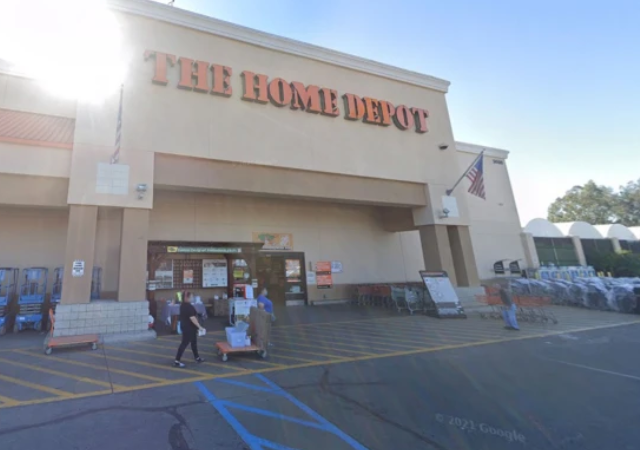 This weekend, there are more reports throughout California over flash mob thefts. For example, in the Los Angeles area, hardware and home improvement equipment was the target.

At least two such robberies were reported on Saturday by the Los Angeles Police Department (LAPD) and the Los Angeles County Sheriff’s Department. A local television station, KCAL-TV, counted a total of six smash-and-grab heists on the city’s west side alone on Friday.

In one incident, a group of eight men entered a Home Depot outlet at a shopping mall in Lakewood, south of downtown Los Angeles, walked directly to the tool aisle and snatched a bunch of hammers, sledgehammers and crowbars valued at about $400 before making their getaway, the sheriff’s office said.

According to L.A. television station KTTV, the Home Depot robbery on Friday night involved up to 20 suspects who pulled up to the store in as many as 10 cars and donned ski masks before raiding the tool aisle.

Elsewhere in Southern California, designer purses were the focus of the flash mob thieves.

Los Angeles police said a security guard was sprayed with an irritant meant to deter charging bears at the Westfield Topanga & The Village shopping center in Canoga Park. The stolen bags were estimated to be worth $25,000, local media reported.

The LAPD was also investigating a similar incident in which groups entered several stores in the Beverly Center on Wednesday, grabbed merchandise and ran out. And on Monday, about 20 people took roughly $5,000 of merchandise from a Nordstrom store at Grove mall.

Police have described the incidents as “flash mob thefts,” and they’ve been happening in several other cities across California.

One incident occurred near the Burnsville mall in suburban Minneapolis with about 12 people rushing in to steal items, while a second incident occurred in Maplewood – about 25 miles northeast – on Friday night with a larger group of 30 people looting electronics.

Both incidents occurred at around the same time and police are looking to see if they are connected in any way.

…Local police have not said how much merchandise was stolen but noted that those involved in the heist did not use any weapons as they took TVs, tablets and hoverboards away with them.

‘A lot of crazy theft stuff going on. Not good,’ Best Buy shopper Sean Misgen told CBS News at the store in Maplewood. ‘Especially with the car theft going on and all that sort of thing, you gotta be careful.’

The escalation in organized theft has real consequences on the economy, both locally and nationally.

Best Buy CEO Corie Barry warned that businesses are in danger in the San Francisco area due to rampant looting.

‘We are definitely seeing more and more particularly organized retail crime and incidents of shrink in our locations,’ Barry, the company’s CEO, told analysts. ‘This is a real issue that hurts and scares real people.’

Barry warned that employees could start quitting their jobs, rather than face the threat of hammer- and crowbar-wielding thieves terrorizing stores in California with relative impunity due to lax shoplifting laws.

How long before it can’t be called Black Friday any more (despite it having nothing to do with race)?

Aww, they are simply acquiring the tools necessary for making a decent living. I’d add the /sarc tag, but they really need those tools to ply their trade.

The tell is no workboots were stolen.

Yup. “snatched a bunch of hammers, sledgehammers and crowbars”

I have noticed something that I am not supposed to notice period since they reduced the penalties there has been one demographic that seems to outweigh the rest of the demographics as far as the increase in theft is concerned. Am I racist for having noticed this? I think I know the answer to that question already…

Perhaps not. But, I have heard the term, “hate facts”.

I’m afraid truth is anathema to some.

“Am I racist for having noticed this?”

After a year long study by renowned scientists at Babylon Bee it was determined that bears are not racist. Although they did report that some bears prefer dark meat.

From the standpoint of a grizzly I like most bears. Even black bears can be OK but the problem is when they move into the neighborhood the property values go down.

When that happens you need to put a ‘fur sale’ sign up.

Ha! Wait until a NotSoFriendlyGrizzly moves into your neighborhood! ;p

Had that happen. Dog was not amused.

You’d be the equivalent of the grouchy old man who lives alone. Soon, the little kids start rumors about him building bombs in his basement. He’s also the one house where nobody stops during Halloween.

God Bless them for God said vengeance is mine alone.

That doesn’t mean we can’t have popcorn and enjoy the show.

Don’t all these “flash mob” lootings qualify as organized crime?

This required organization… as in BLM and Antifa. Toss lightly with a Maoist vinaigrette and voila!… more income for them while “sharing” with the “poor”.

Do you get the feeling that somewhere there is a Zoom call going with an open Agile board. And, participants are deciding which Targets to hit during the next Sprint?

Only in liberal states, I see.

Is it bad to laugh about this because places like California and Minnesota voted for this stuff?

I, for one, believe that it is. In the case of California, the five Bay Area counties, and Los Angeles County, dictate what happens in the rest of the state. The same for Minnesota; I’m sure the Minneapolis Saint Paul area runs the entire rest of the state.

There’s a lot of truth to that.

Well, yes… but since these mobs are only hitting those areas that “dictate what happens in the rest of the state,” laughter is allowed.

“Who could have guessed that reducing the penalties for theft and “defunding the police” would have resulted in putting a new twist on Black Friday savings?”

These crimes are intended consequences.

Crimes like these will be stopped when they are treated like the organized associations that they are. What does that mean? Well, all the members of the flash mob have committed a conspiracy to stage their individual theft as a group.

Using the initial incent in California ($100,000 of merchandise stolen), the mob conspired to steal that by acting as a group, not the individual amounts taken by each individual. Using the three members that were caught, they should be charged with conspiracy of theft for the $100k taken. Likewise, their phones and other social media accounts should be searched (via warrant) to unravel the other participants. Anyone else in the chain is potentially guilty too. The great thing about conspiracy is acting as part of the plan is the crime, and the prosecution may not need to prove they were in fact there.

Whether prosecutors have the will power to proceed remains to be seen. These things are not hard to blow up. If they continue, it is because law enforcement (or prosecutors) chose not to pursue.

In other words, they chose not to play offense. Sounds like in California they are pursuing.

It’s working exactly as they planned it. Another stone in the path to a federalized police force.

The entire leadership team of Best Buy, including its CEO, aligned itself with the false leftist narratives against white people, falsely saying into a May 2020 public communique that Arbery was chased and gunned down by white racists. They also said George Floyd faced a racist white person. They then implied white racism in America is common. Best Buy deserves what they get. These trendy left fanatics in their leadership team are phonies. They helped create a false narrative against whites, by encouraging disrespect toward police and whites, which helped lead to the looting of their stores by the black people that they they put on a pedestal. They live insulated lives in white rich white neighborhoods, even though they despise white people with their hostile anti-white and anti-police leftist narratives, while cherishing the black people that loot their stores. The share holders in Best Buy need to fire the degenerate scum that is the leadership of Best Buy.

Too bad for them. If they don’t like the fact that CVS is closing it’s stores and others are following their lead then perhaps the “community” should stop electing these lunatic liberal democrats to positions of public trust that allow the crime to run rampant in those communities. So fuck ’em. As long as that shit doesn’t come to the community I live in I couldn’t give a rat’s ass about those motherfuckers and their whining.

But drugs are available on every street corner there. What’s their gripe?

A point often ignored — once the organized thieves steal the goods, they need to fence them. That’s easier than in the past when your local fence, Slim Shady, was well known to the police and had to be careful what he took from the local thieves. These days the fenced good frequently end up on Ebay at various ‘stores’. Who’s to know on Ebay whether you’re buying something that was stolen?

The police need to get involved on on-line forums in which stolen goods are trafficked. Yes, there is a potential for abuse, but looking into serial numbers, receipts, etc., might help make the fences more cautious.

And allow security guards to detain thieves — as a bonus, an off-duty officer hired as a guard can make the arrest right there.

The thieves won’t like what happens next if we don’t get a handle on this issue.

This is racist, or something.

Coming to a Leftist utopia near you

I’m sure the hammers, crowbars and sledges are just current unmet needs for Habitats for Humanity !!!

Redistributive change is a progressive path and grade.

By its politics, California seems irredeemably lost. C’mon, San Andreas, do your thing!

I believe they really are going to use these tools in their trade.