Federal Judge: Pennsylvania School Board Must Allow Critics to Speak

Federal Judge: Pennsylvania School Board Must Allow Critics to Speak 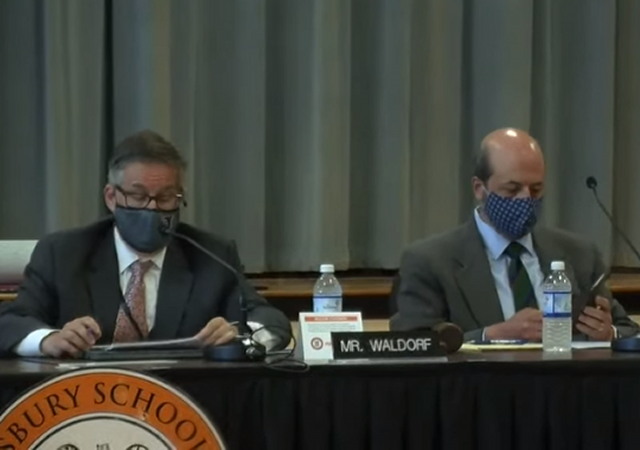 A federal judge has ordered the Pennsbury School Board in Pennsylvania to allow parents and other community members to offer criticism at meetings.

You wouldn’t think that a judge would need to get involved in a situation like this, but here we are.

The Institute for Free Speech put out this press release:

Court Orders Pennsylvania School Board to Allow Critics to Speak

A federal judge on Wednesday ordered a Pennsylvania school board to allow parents and community members to criticize school policies and officials by name at public meetings. The court cited abundant evidence in its opinion that the Pennsbury School Board has abused its policies governing speech at meetings to discriminate against speakers based on their viewpoints. The ruling is an important step towards holding school boards everywhere accountable for their treatment of parents and citizens during public comment periods.

“Public speech at school board meetings is in fact protected by the First Amendment,” wrote Judge Pratter of the United States District Court for the Eastern District of Pennsylvania.

The court’s order prohibits the Pennsbury School Board from enforcing a variety of restrictions on speech at public meetings while the case proceeds, including bans on speech deemed “personally directed,” “personal attacks,” “abusive,” “verbally abusive,” “irrelevant,” “disruptive,” “offensive,” “inappropriate,” or “otherwise inappropriate.” It also orders the Board to stop requiring speakers to announce their home address before making remarks.

Those provisions of Pennsbury School Board Policy 903 and 922 were challenged in October in a federal lawsuit brought by four parents and community members who were repeatedly censored at school board meetings.

Eugene Volokh of Reason has an excerpt from the opinion:

The Pennsbury School Board invites public comment at its meetings. The Board’s Policy 903 governs public participation in school board meetings and Policy 922 (designated by the Board as the “Civility Policy”) applies to all school activities. Any taxpayer, school employee, or student is allowed five minutes to make a comment, subject to certain requirements and restrictions. Speakers “must preface their comments by an announcement of their name, address, and group affiliation if applicable.” The Board’s presiding officer may interrupt or terminate public comments deemed “too lengthy, personally directed, abusive, obscene, or irrelevant.” The presiding officer may also “[r]equest any individual to leave the meeting when that person does not observe reasonable decorum” and can “[r]equest the assistance of law enforcement officers to remove a disorderly person when that person’s conduct interferes with the orderly progress of the meeting.” Similarly, “offensive, obscene or otherwise inappropriate banners or placards, or those that contain personal attacks” are prohibited…

This is a win for free speech and we should take them wherever we can get them.

God forbid that any of the peasant rabble possess the temerity to criticize the apparatchiks seated on high. The Leftists’ worst nightmare is peasants speaking up against their obnoxious totalitarianism and their sundry, insane cultural diktats (e.g., tranny bathroom access; “critical race theory” indoctrination/agitation).

A rare rebuke to what was previously known as the keystone state… Run by the keystone kops….
Black robes, who used to be impartial judges, are being set up as the arbitration for what should have never even been adjudicated…
Free speech…

If only we have an amendment that allows free speech. Maybe we could list it FIRST.

“Speakers “must preface their comments by an announcement of their name, address, and group affiliation if applicable.”

“Hello, I am a parent at your school but before I introduce myself, I want to make sure I am speaking to the correct people. Ms Chairperson, are the [insert name] who resides at [insert address] and drives a [insert car brand and model] with license plate number [insert plate number] currently parked outside in the front row, second space from the left? And you sir, are you the…..”.

How about trying that? Maybe ask them whether they own a gun too.

I’m sure it shouldn’t worry parents that the people who are in charge of the professional education of their children need a judge to explain the Constitution to them.

“Public” schools, incuding colleges and universities, have been allowed to act as quasi private institutions, creating their own rules. Think of the due process for males accused of sex crimes as another example. Parents, legislators etc should be reminding schools that as publicly funded institutions, they must provide the same constitutional protections as a police, court, or any other government official.

Campus cops is one of the worst ideas ever to be implemented. Their jobs depend on some pervert dean.

The left looks at these sorts of rulings as temporary setbacks. They figure they just need to double down on ballot harvesting and more election rigging, leading to the their ability to appoint more leftist judges who will eventually rule in their favor. Three steps left for every one step back to the right.

Would these parents have basis for lawsuits (seeking monetary damages etc ) against not just the school board but individuals- for violation of civil rights?

They ought to try and find out, at least.

Sadly, nothing unique about this school board and the megalomania shared by the self-anointed, wannabe tyrant members; they all appear average in their headshots and bios on the SD website – “A National District of Character” (https://www.character.org/11-principles-framework, just like “biblical commandments”; the religion of “progressivity” in action).

But, the board are all “Nazis” (I know an overused label), the same as all the “good Germans” during Hilter’s rise and control periods – not soldiers, not killers, merely justified in their roles as enforcers of “group think”.

The SD Mission Statement is –

“Recognizing our proud traditions and diverse community,
the Pennsbury School District prepares all students to become creative, ethical, and critical thinkers for lifelong success in a global society.”

When will education again be focused on facilitating students ability to “teach themselves and become self-sufficient” ?