Emails showed a subject line of “Urgent: Threat actor in systems” and appeared to end with a sign-off from the Department of Homeland Security. 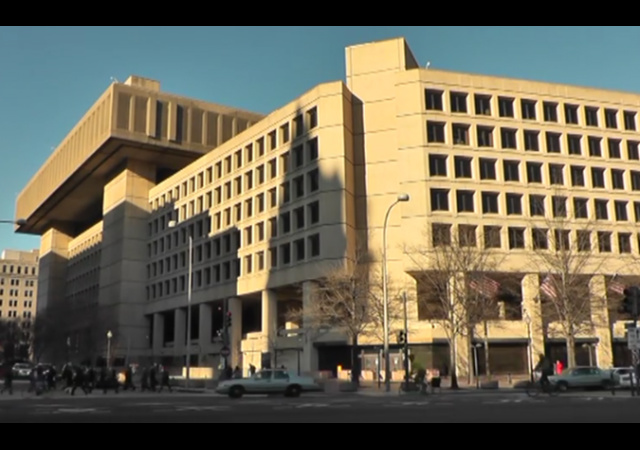 Between raiding the home of Project Veritas’ James O’Keefe, attempting to entrap citizens at Capitol Hill demonstrations, and generally acting on behalf of the Deep State to push the progressive narrative, the Federal Bureau of Investigation has clearly forgotten its mission priorities.

The failure to focus on the actual mission has resulted in the FBI’s email server being hacked and sending spam emails to over 100,000 people.

Authorities have not determined the sender or motive behind the rambling, incoherent emails, filled with technological nonsense.

The emails warned receivers that their information may be under attack by Vinny Troia, famous hacker and owner of cybersecurity company Night Lion Security, in connection with notorious cybersecurity group TheDarkOverlord.

The FBI confirmed the incident on Saturday, but said the hacked systems were “taken offline quickly,” after it had been reported.

The fake emails appeared to be from a legitimate FBI email address ending in @ic.fbi.gov. Ironically, the spam is purported to come from the U.S. Department of Homeland Security’s Cyber Threat Detection and Analysis Group.

“They are causing a lot of disruption because the headers are real, they really are coming from FBI infrastructure,” anti-spam monitoring group Spamhaus said on Twitter early Saturday morning. “They have no name or contact information in the .sig. Please beware!”

Spamhaus said that while the emails came from a government server, they are fake. The emails the message was sent to were likely extracted from an online database, the group said.

The identity of the hacker is not currently known.

In an update issued on Sunday, the bureau said that a “software misconfiguration” allowed an actor to leverage an FBI system known as the Law Enforcement Enterprise Portal, or LEEP, to send the fake emails. The system is ordinarily used to by the agency to communicate with state and local law enforcement partners.

“No actor was able to access or compromise any data or PII [personal identifiable information] on the FBI’s network,” the bureau said. “Once we learned of the incident, we quickly remediated the software vulnerability, warned partners to disregard the fake emails, and confirmed the integrity of our networks.”

The spam emails went to 100,000 people, according to NBC News, and warned recipients of a cyberattack on their systems. The FBI and Department of Homeland Security routinely send legitimate emails to companies and others to warn them about cyber threats. This is the first known instance of hackers using that same system to send spam messages to a large group of people, NBC reports.

The Spamhaus Project, a threat-tracking organization, posted on Twitter what it said was a copy of one such email. It showed a subject line of “Urgent: Threat actor in systems” and appeared to end with a sign-off from the Department of Homeland Security.

Clearly, the FBI’s current standards align with the Brandon Administration’s vision of low expectations. Therefore, unless there is a return to the original mission priorities, expect further hackings.

Kids today, I just don’t know.
This is like breaking into Fort Knox, only to spray “ACAB” on the vault walls.

Or King David breaking into King Saul’s tent while he was sleeping, and cutting off the corner of his cloak, to show that he had been there and could easily have killed him had he wanted to.

This sounds like someone sending a warning to the population that we are not protected by our overlords in even the most basic of ways.

Their priorities are so focused on suppressing and oppressing freedoms and norms that they have now essentially lost considerable functionality in the reasons for their initial creation.

Time to hit the reset button.

I wish they would have sent out a “Let’s Go Brandon” email. Now that would be funny especially if the cc the WH

While in all honesty I’m not rooting for the FBI, I wouldn’t in good conscience give them reason to further target the opposition. (geeze- sounds like when the lefties talk about provoking suicidal jihadis). They have the monopoly of violence and that’s a serious issue.

I also won’t say I’m rooting for the hackers (out loud).

“I also won’t say I’m rooting for the hackers (out loud).”

I will. I hope they bring the FBI to their knees and make them unable to make war on Americans.

Glad to know our counterterrorism fighters in the FBI are awake and prepared for asymmetrical threats. /S

Hacked or prima facie evidence of a cover-up? If the pixels… electrons resemble an image, then you must convict.

Obvious fake, sent by white supremacists. The email uses “he” pronouns (more than once!) and so cannot be from a real government agency.

Did any email use the o.k. sign? That would be a racist catastrophe worthy of nuking …. someone.

I love it. The Stasi can’t even protect their own computers let alone us.

The temptation to be glib in the face of this is great – the PW is in Biden’s daughter’s diary, Hillary’s account is reactivated and her server is back on line, someone in the Hoover Building turned on Hunter’s laptop, the DNC’s is having its computers serviced again, and on and on. In fact, the United States is being mocked . . . this time. One time, and it will only take once, it will not be a mockery. Washington DC is full of un-American people who are serious about all the wrong things, from the President on down, and we will have have allowed it to happen when it does.

No police; COVID, masks, social distancing, and a shutdown economy; a thoroughly corrupt DoJ; five star admirals; a navy whose submarines run aground, ships collide at sea, and burn to the waterline while docked; the equivalent of the GDP of some countries in a fleet of ships floating off-shore while stores on-shore are being cleaned out by looters while people stand around and watch; CRT, BLM, CDC, MSM and a dictionary full of acronyms being read to us 24/7 by a circus of tarts, clowns, and masturbators; hundreds, literally, of murders in cities all across across the country every day while we all “Rittenhouse,” (it should be a verb); all guided by an administration full of arrogant misfits, chiselers, incompetents, and sociopaths, run by a back room cabal fronting a doddering, incoherent old man as our leader. The Republic is sick.