“These documents point to a greater level of involvement in his brother’s efforts than we previously knew.” 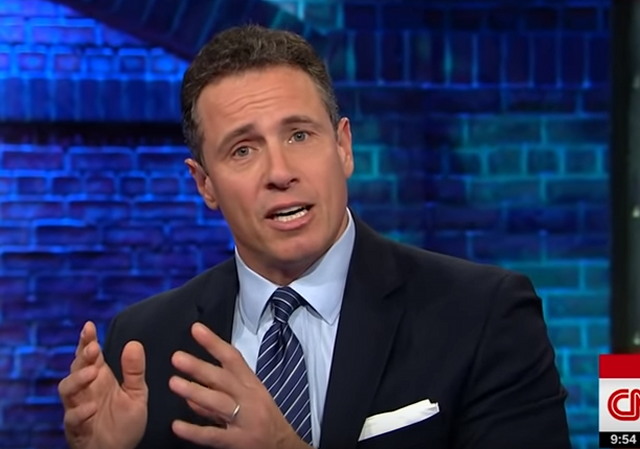 CNN has suspended Chris Cuomo indefinitely after documents revealed he used his resources to dig up dirt on the women who accused his brother, former New York Gov. Andrew Cuomo, of harassment and assault.

Mike blogged this morning about the documents released by the New York Attorney General’s Office showing Chris Cuomo had a deeper involvement in Andrew’s case.

Cuomo begged Andrew’s top aide Melissa DeRosa to help prep the defense. After the New York Times reported Anna Ruch’s story about Andrew trying to kiss her at a wedding, Chris texted DeRosa: “I have a lead on the wedding girl.”

Cuomo even snooped on Ronan Farrow!

Poor Fredo, too dumb to cover his trail.

Nah. You can be sure his CNN handlers pushed him in every direction he went into.

Remember: this POS was being paid six MILLION dollars per year. He’s been made very wealthy by CNN, and he’s outlived their purposes. So they can him and replace him with another POS.

CNN is happy, and Fredo with his millions from CNN will be happy.

Aw. Now he sleeps with the Griffins.

FROM MY POST ON THE PREVIOUS ARTICLE ON THIS TOPIC
_____

Chris Cuomo has become a liability to CNN. He was only useful to CNN when his brother was a powerful member of the Party. Now his ratings are in the DUMP and CNN needs new blood to replace him. Watch them find a replacement who is black, female transgender person who checks many many identity boxes. Or maybe they just recruit JOYless REID from MSDNC.

Slight correction, Ben. All CNN ratings are in the dump. Have been for years.

Thankfully, now even some leftists are seeing a bit of light through the CNN clouds of misinformation after they actively refused to talk about the name, race and political action of Darrell Brooks.

“A car” drove into the parade killing multiple and injuring dozens… Hard to pass that off as a-political.

CNN only trying to throw their operatives under the bus in the hopes of restoring revenue $tream$, not because they think “not that there is anything wrong with that.”

CNN is just going to change the faces, but not the content.

It’s more important for us to monitor “our” side than be distracted by the new CNN idiots.

No one is under a familial obligation to aid their family in breaking the law and harming others.

Or any of the German officers who were just following orders at Dachau or Auschwitz.

In other words, after SOMEBODY ELSE reported and proved that he’d done it, CNN finally was forced to do something about it.

They knew it the entire time.

Have you ever? I mean how gross!

Is it bad that I giggled at this. 😛

I should have said “stiffer” rather than “greater”….

And now I am giggling anew! Thanks, rabid wombat! LOL

Every time a host from MSM gets suspended or fired is a victory.

Hmph. Corrupt Cuomo will be back, yucking it up with the Tubin’, maybe with giant props. CNN is completely disgusting, vile, and perverse anti-journalism clown show entertainment for the droolingly stupid. But we’ve known that for years.

I just flashed on what “giant props” Cuomo and Toobin might come up with.
They might have to borrow one from their local middle school.

“Cuomo even nopped on Ronan Farrow!” What does “nopped” mean in English?

No clue, looking into it.

The post has been updated to note that “Cuomo even snooped on Ronan Farrow!” Thanks!

He is gone. CNN has to be worried about legal liability from those he investigated whose information he provided his brother. In fact I would not be surprised if several of them were already in contact with lawyers to prepare for lawsuits vs CNN.

wonder when they’ll take fredo for a boat ride

I have enough pals to chip in for a helicopter.

May your dirty linen never wash up on shore.

Speaking of getting the boot:

HERE is how the democrats are going to get rid of Kamala Harris and install a very scary person as US president:

I’m against cancel culture on either side. CNN can fire him for something other than mob bloodlust of course.

But if some woman is accusing you of a crime you’d like to know who else she’s accused of the same crime. You don’t keep patterns on everybody.

It’s not cancel culture if he used private company resources to help him cover his misdeeds and cover up his brother’s scandals. This is not equivalent to a mean tweet or a recorded speech and you drawing such a weak parallel is as suspicious as all of your previous posts.

That said, CNN is only doing something because it has been outed publicly.

A few things here…
1. CNN is only doing this to distract from something else. Maybe related to the Cuomos or not.

(hit send accidentally)
2. I almost have some respect for Fredo. He’s at least got some loyalty beyond his kissing up to the party line. He’s loyal to his brother at some expense now to himself. Not a character trait I’d have associated with him.