Today: State’s two-hour rebuttal, followed by instruction to the jury, and then deliberations 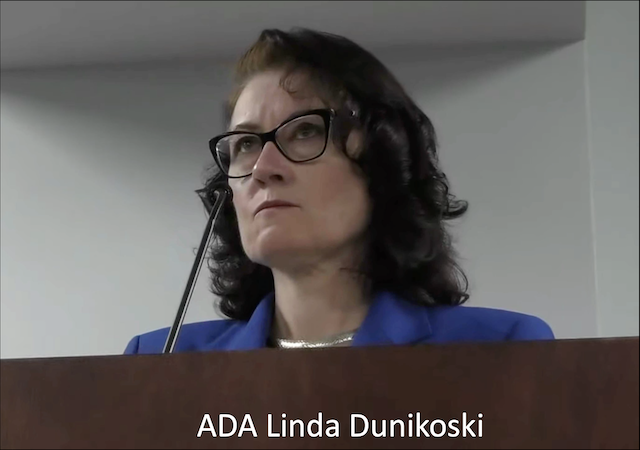 Welcome to our ongoing coverage of the Ahmaud Arbery case trial! We will share any fast-breaking news on today’s closing arguments, which will consist of the State’s final rebuttal. Then we’ll have Judge Walmsley instruct the jury, and the jury go into deliberations.

You can find our coverage of yesterday’s initial State’s closing, and all the defense closings (for each defendant separately) here:

Arbery Case Trial: Based On Closing Arguments, Not Guilty Verdicts A Real Possibility

I encourage you to bookmark or just leave open in your browser, but you will have to refresh for updates.

Ahmaud Arbery, a 25-year-old black man, was shot and killed on February 23, 2020 when he charged an armed Travis McMichael on a Georgia roadway and fought McMichael for control of his shotgun.  Travis McMichael was standing beside his stopped pickup truck at the time, and his father Greg McMichael was in the bed of the truck armed with a pistol.

The McMichaels had been pursuing Arbery in the belief that he was a serial felony burglary who had been plaguing their suburban neighborhood for weeks.  A short distance from where the shooting took place, neighbor William “Roddy” Bryan followed in his own vehicle, making a shaky recording of the final confrontation on his cell phone–it was this video that would bring this case to national attention a few weeks after the shooting took place, and after initial prosecutorial review had resulted in no charges against either the McMichaels or Bryan.

The defense in this trial is arguing that the men were acting consistently with a lawful citizens arrest of a fleeing suspect for whom they had “reasonable and probable grounds of suspicion” of being in flight from a felony–the controlling language from the then-existing Georgia citizen’s arrest law, a law which has since been repealed as a consequence of this event. In the course of executing this citizen’s arrest, Travis McMichaels was attacked by Arbery, who fought him for control of his shotgun, and Travis ultimately shot Arbery in lawful sef-defense.

In fact, Arbery is known to have “visited” a home under construction, from which costly items had been repeatedly stolen, at least five times, each visit captured on surveillance cameras installed in an effort to quell the thefts.  The prosecution argues that there’s no evidence that Arbery actually stole any of the taken items, but George felony burglary law does not require an actual taking of property–unlawfully entering a property for the purpose of committing a crime is felony burglary under Georgia law even if nothing is actually taken.  Both McMichaels had seen these surveillance videos, and on the day in question had observed Arbery in apparent flight from the burglary scene–conduct the prosecution and media characterize as mere recreational jogging.

The State argument of guilt is that these three white men coordinated to threaten Arbery without just cause, resulting in his death.

The charges against the three men include:

Here’s the actual general bill of indictment against all three men:

Very late to the party

A comment usually pertains to the subject.. in this case the last day of a trial. At least I thought that was the way it was supposed to work…

To the Pedant–
Summary judgment for you. Go away.

not enough bags in the world to do a Dunikoski

Will the Jury return a verdict this afternoon or will they feel compelled to play it out a few days for appearances?

Its getting pretty close to thanksgiving. I’m sure some people are going to want to travel tomorrow.. Back by 5.

yeah, like I would listen to a schmuck that would marry such a mess

Is Dunikoski making fun of hairlips

“Dunikoski: Just call the police. Follow behind him at the 2mph. Where’s he going to go?”

Yeah, sure that way you can call them Racists Just like what was done to Zimmerman.

Not to mention the fact that they HAD previously called the police – and they did nothing.

This is actually the single greatest demonstration of what a lot of conservatives have said for a long time.

When idiot liberals let criminals run rampant and shackle the police, normal people will not just let it happen – they will start dealing with it themselves.

I bet her and Binger would get along just fiine

What is ADA Dunikoski: rebutting? This is a long drawn out second closing argument not a rebuttal.

All the citizens arrest cases I have seen on citizens arreest simply said that the arrest must be made at the first reasonable opportunity. I have actually seen case law holding that escape from the scene of the crime is not a get out of jail free card.

I pity anyone who’s actually had Nate ‘the lawyer’ as their lawyer..

Andrew, I’d love to see you and Nate the Lawyer have a discussion in this because you two are making very different points that contradict each other and, as much as I respect your take on things, his make a lot more sense.

He dosen’t make any sense if you know the law of citizens arrest. Unidentified criminals do not have a get out of jail free card by simply making their escape from the scene of the crime. A warantless arrest must be made as soon as reasonably possible and within the statute of limitations for the crime committed. Suspects who are known by sight only are subject to arrest by police officers or citizens on sight at the first opportunity.

Sorry for not trusting your opinion, being that I don’t even know who you are. Your take on things is exactly why I would like to watch two lawyers that believe they are both right talk it out. I know it probably sounds really silly to want to hear actual discourse, call me crazy.

Not surprisingly, Nate the Lawyer is applying the judges interpretation and is absolutely giddy that the McMichaels and Bryan will be found guilty …

The prosecution is flailing like a drowning man going down for the third time.

However, since the defense is not going to be allowed to rebut the prosecutions allegations, the jury may buy into them and unconstitutionally convict the defendants.

Is it just me, or do progressive women almost always look spiteful, bitter, vindictive and just plain nasty?

Dunikoski: Look at these baggy pants on Arbery, no way they thought he had a gun.

Yep, that’s the same dumb argument the prosecutors tried in the Rittenhouse case: Kyle had no right to shoot an “unarmed” Rosenbaum! Uh fellas, Rosenbaum was grabbing Kyle’s gun and trying to take it away from him, just like Arbery was doing to McMichael here. Once the “unarmed” attackers get the gun, they’re no longer “unarmed” — but the person being attacked is, and will likely be shot with the gun now in the hands of their attacker.

With a face that can make testicles retreat into the body.

It’s also not surprising the judge won’t mention the GA constitutions’ right of citizens to judge the law as well as the facts (Art I, sec 1, paragraph XI)

No judge is ever going to mention that.

Next time, just shoot from behind a tree a few hundred feet away. Avoid all this BS. Aint nobody saw nothing.

Smooth23, I think that the frequency of these politically motivated malicious prosecutions has severely or irreparably damaged confidence in our governments charge of providing justice. These attacks against citizens which at the very least make the process crippling but leaving open the possibility of total loss of freedom and possibly the loss of life at the hands of politically motivated prosecutors.

You are touching on a topic that a lot of us are pondering, but we all know that it is a topic that cannot possibly be discussed in open forum and IMO should probably be only considered in ones own heart, lest we compromise the person next to us. Especially with far-left Democrat prosecutors using militarized Federal, State and local Govt. agencies that are all too willing to smash our doors down, stun us with flash bangs after they have warrantlessly eavesdropped on our private communications. It has gotten that bad. None of us should be happy with the road that seems to be laid out in front of us.

Malice murder. No evidence of malice aforethought, express or implied. Not guilty.

False imprisonment. No evidence that Arbery was ever confined against his will. Arbery was never put in a position where he was not free to run some other direction other than over the McMichaels. Not guilty.

Felony murder. No evidence of a predicate felony that was the proximate cause of Arbery’s death. Not guilty..

I said yesterday that the worse thing she could do is use a;l the time even though she doesn’t need to. She does just that.

I don’t know about the vrdict though.

So what happens with the Federal hate crime indictment now that every single substantive allegation has been disproven during this trial?

Here’s my predictions for the McMichaels. (I think Bryan has more of a chance of getting off completely or being found guilty of fewer things and lesser things than the McMichaels.):

Citizen’s arrest statute just flatly does not apply. I’ve always said this since the incident was first reported.

Even though it objectively does apply?

I was surprised that the Judge let them argue citizen’s arrest as a defense, because it seems to me that it didn’t apply to the facts as a matter of law. The judge is bending over backwards to allow the defense attorneys leeway on this point, imho.

What factual basis do you have for the assertion that it does not apply?

The ‘fact’ that he saw it on MSNBC and clearly has no idea what evidence has been presented, or hasn’t even bothered to read the breakdowns posted here.

The statute itself and the caselaw interpreting that statute.

The escaping felon only applies to a “felony’ committed in the presence of or immediate knowledge of the person making a citizen’s arrest, and pursuit by the Citizen perpetrator is then authorized if the perpetrator tries to escape.

Citizen walks around corner and sees Bill on his knees over the somewhat lifeless body of Andy laying on the ground with a knife in his chest. Citizen notices Bill has blood on his shirt and on his hands. Bill sees Citizen and immediately starts running away. Citizen has “immediate” knowledge of what appears to be a felony having been committed by Bill. Citizen certainly has reasonable suspicion and grounds to believe that Bill is attempting to escape from having committed a felony. Citizen may pursue Bill and make a citizen’s arrest.

A few days after that Citizen sees Bill jogging in his neighborhood who Citizen thinks resembles or looks like the the person on the video he saw days ago. Citizen is NOT authorized to pursue, stop, question, or make a citizen’s arrest of Bill. Reasonable belief by Bill he has such authority is irrelevant. He flatly does NOT have authority under the statute to make a citizen’s arrest. The felony was NOT committed in his presence or his immediate knowledge, and he does NOT have reasonable suspicion that Bill is a fleeing felon.

That’s how they analyze it on MSNBC, which anyone who knows me at all around here knows I watch all the time when I’m not voting for Obama and Biden.

Did the defendants present evidence that they had grounds for such a conclusion ? That is the case in a nutshell.