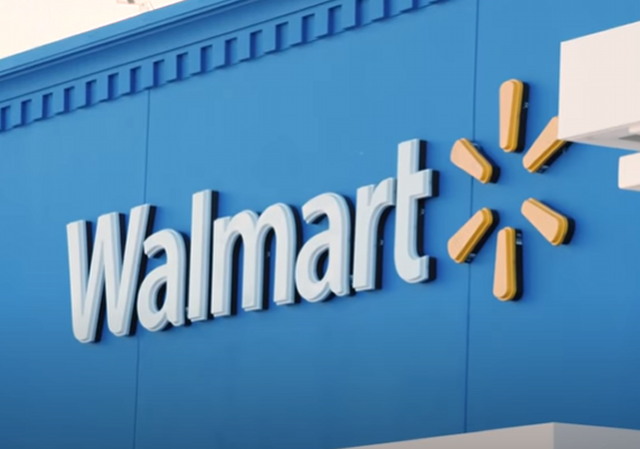 The Critical Race Training that has made its way into much of American corporate culture has even found its way to Walmart. The retail giant is often thought of as a symbol of flyover America, but even they have succumbed to this ideology.

Chris Rufo, who has been one of the leaders in the battle against CRT, writes at City Journal:

Walmart Inc. has launched a critical race theory training program that denounces the United States as a “white supremacy system” and teaches white, hourly wage employees that they are guilty of “white supremacy thinking” and “internalized racial superiority.”

According to a cache of internal documents I have obtained from a whistleblower, Walmart launched the program in 2018 in partnership with the Racial Equity Institute, a Greensboro, North Carolina, consulting firm that has worked extensively with universities, government agencies, and private corporations. The program is based on the core principles of critical race theory, including “intersectionality,” “internalized racial oppression,” “internalized racial inferiority,” and “white anti-racist development.” Since the program’s launch, Walmart has trained more than 1,000 employees and made the program mandatory for executives and recommended for hourly wage workers in Walmart stores. When reached for comment, Walmart confirmed that the company has “engaged REI for a number of training sessions since 2018” and has “found these sessions to be thought provoking and constructive.”

The program begins with the claim that the United States is a “white supremacy system,” designed by white Europeans “for the purpose of assigning and maintaining white skin access to power and privilege.” American history is presented as a long sequence of oppressions, from the “construction of a ‘white race’” by colonists in 1680 to President Obama’s stimulus legislation in 2009, “another race neutral act that has disproportionately benefited white people.”

The formula of "woke capital" is clear: American executives—the most privileged people on the planet—can collect accolades and social status by pledging allegiance to DEI and telling workers they're racist oppressors.

As we’ve seen before, corporations which are despised by the left will often embrace woke values to insulate themselves from criticism. It seems the situation at Walmart is no different. Rufo continues:

Walmart’s training program seems a study in opportunism. For years, activists have attacked the company’s business practices; the critical race theory program helps the giant retailer shift blame to forces beyond its control. As the company denounces “white supremacy culture”—with components including “objectivity,” “individualism,” and “hoarding”—its entire nine-member top executive leadership, except technology chief Suresh Kumar, is white, and its top six leaders made a combined $112 million in salary in 2019. Chief executive officer Doug McMillon, whom the whistleblower described as a “true believer” in critical race theory, hopes to export the ideology to every Fortune 100 company through his role as chairman of the Business Roundtable.

This is going to backfire. The people who actually like Walmart will not be impressed and some of them may even stop shopping there.

The people who never liked Walmart and don’t shop there, are not going to suddenly start shopping there.

Dump it now or don’t be surprised when WE dump YOU!

Walmart should, top to bottom, completely staff with minority’s. Within 5 years they would be bankrupt.

Same here. I’ve never enjoyed going into Walmart, and now I will try to avoid WM like Amazon.
I did send them an email.
If everyone who opposes CRT theory would do the same, maybe they’d get the message. I’d rather they hear it loud and clear now rather than months from now when sales slide. We need to make a statement!

Good to know I have other places to go that have not adopted neo-racism.

A clue to the Walton family: Your stores need to practice customer service and not race-baiting.

A clue from Walton family to us: eat cake.

I’m waiting for them to reverse their current corporate policy of “we allow as much firearms carry inside our buildings as the community we are located in allows outside them.” As L. Neil Smith explained, this is the bellwether that tells you who is a patriot and who is a tyrant.

DEI is the acronym pushed by the Woke Progressives. NOTHING REQUIRES YOU TO USE THEIR PREFERRED ACRONYM. You just play into their semantic hands by following their word games.

Can we all just start calling it DIE – because that is the ultimate goal of these caustic programs.

We lost the semantics battle when we participated in the left’s calling free states “red” and leftist states “blue”.

It was one of the dumbest secessions of language in the history of our country.

All the Waltons after Sam seem to be prog losers.

Just like politicians spend taxpayer dollars for their pet projects these CEOs spend shareholder dollars to burnish their woke credentials and buy or lease an indulgence from the woke mob.

Shut up and sell junk.

You can’t help racial superiority. Judge instead by how you treat other people.

So much CRT dogma seems to revolve around this sort of latter-day “spectral evidence,” doesn’t it?

Considering a large portion of their market is rural America, this is a very interesting way for them to be stepping on their own… feet.

The family is not involved in the stores operations, it is so called professional managers. they can get involved at any time because managers can be fired.

They still have a way to go to get the king of cultural stupidity, John Hechinger, who told his blue-collar trades customers that “guns are bad.” Talk about not knowing the audience. But I am sure that all of the inside-beltway folks who have never bought a single item from him were impressed.

I would hope they’re professionals! Who wants an amateur manager?

In 1997, PBS arranged an on-air mugging of John Lott, who had just come out with his seminal work, “More Guns, Less Crime.” PBS offered Lott a “forum” to present his work, and assembled a panel consisting of 100% gun-control activists to fisk his presentation and make him look stupid. Instead, John massacred his detractors with chapter and verse, demolishing their arguments.
John Hechinger played the Joe Biden role by rising to his feet and rheumily declaring, “We’ve got to get rid of the guns!” — his only “contribution” to the “debate.”
This was the beginning of his chain’s death in red Virginia, as handymen fled to Home Depot and Lowe’s.
Hechinger’s, a chain of 69 stores, the premiere home-improvement chain in Virginia since its establishment in 1911, closed its doors for good in 1979.

Never bought much from them, now, I will not even buy that.

Sounds like a hostile work environment, telling everyone they are bad people.

Not everyone, just whites and probably Asians.

They see no downside in this. I find it very sad… walking through Cali Walmarts and everything of value locked up but in other states …not. Really white supremacy must mean not shoplifting.

I live in an area that is 95% white. Graffiti is virtually unknown. In most places that serve meals and coffee outdoors, the tables and chairs are not chain cables in place at night. The sidewalks are clean. Even the homeless are relatively neat. No needles on the sidewalk. And the highway medians are clean and neat. No trash in broken bottles.

I guess I shouldn’t shop there since the employees are so racist.

Putting the taxes up on multi-trillion dollar companies to help their smaller competitors and help reduce the deficit from enslavement level to just bankrupt beggar level why exactly are we still simping for big corporations?

I live in a small mountain town in Colorado. Yes, we have a Walmart. They, like every retail outlet in the state, has been short of staff because of COVID and the follow-on affects. Just a couple of months ago, they managed to hire some more help [part time for everybody so you can’t support yourself on what you are paid] and we have been watching them stumble over themselves trying to learn how to do the job and not trip over themselves while under stress. Working retail is not easy. There has been great customer tolerance, because they ARE learning.

As I said, we are a small, Colorado, mountain town. Our population, and the employees in Walmart, are primarily white, with not that many hispanics or blacks. If they start teaching [and I assume testing to show they have learned the lesson] the staff that they are irredeemably racist and deserve anything bad that happens to them in their life forever . . . . they might kinda-sorta run out of employees. Combine that with the inability to prevent the shelves from being empty during what is supposed to be the holiday season as the supply chain collapses . . . . and they just might not stay in business for long in a lot of locations.

Reminds me of this Yelp review:

Came in for a replacement wall thermometer for my RV. Couldn’t find a single employee who could tell me where the wall thermometers were, or even if they sold wall thermometers.
One waved a vague hand toward housewares, where there were only meat thermometers. Two clerks actually bleated, “I don’t know anything, they just give me a cart full of stuff and tell me to put it on the shelves.” (So how do you know what shelf to put the stuff on?)
Brain death is fatal in retail.

If Walmart’s white employees are racist, so are their white customers.
If all whites are racist, and Walmart cares about social justice, why does it allow whites in their stores?
Green must be the most important color.

The local joke in Portland is that a local grocery chain has these huge BLM signs on the sidewalk in front of their stores, promising “we will do better” all the while pricing everything to the point where 99.8% of their customers are white.

How do I put this. I’m gonna ask one of my girls. My fiance is half black, half El Salvadoran. My adopted daughter is Herrero. Namibian. I trust everyone here, black, white. latino, whatever, is capable of finding Namibia on a map.

I get told that it’s entirely due to my skin color I can do math and science. Nobody else is, except the Chinese, because, skin color.

“Sorry, honey. You’re just too f***ing stupid to figure this out.”

OK. Just got off the phone with my daughter. As if I had to confirm this s***. Yes, they teach math in Africa. And, also yes, they put a great emphasis on getting the right answer.

What a bunch of white supremacists, those Africans!

It was one of the stupidest conversations I ever had. And I had to tell her up front we would both be stupider when we got done. She was like, then let’s not have this. I told her for the sake of history we had to have this convo.