UCLA Prof Gordon Klein Explains Why He is Suing the School

UCLA Prof Gordon Klein Explains Why He is Suing the School 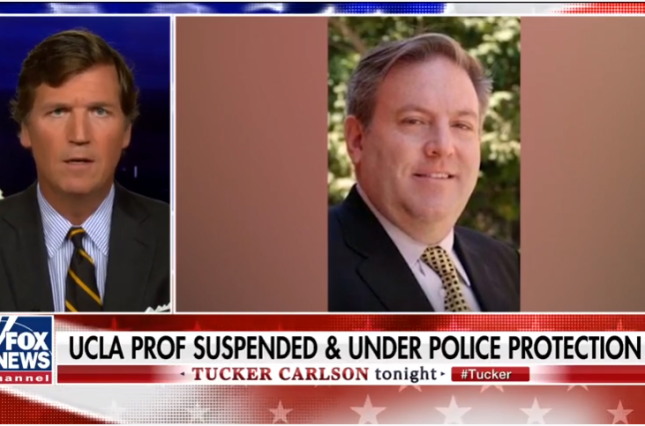 We recently noted that Professor Gordon Klein is suing UCLA. In a recent post at the Bari Weiss Substack, Klein explained why this is happening:

Why I Am Suing UCLA

Recently, I was suspended from my job for refusing to treat my black students as lesser than their non-black peers.

Let me back up: I teach at UCLA’s Anderson School of Management, and I’ve been doing this for 40 years. I’ve taught 15 different courses, in finance, accounting and law. CNBC has had me on; I’ve been quoted in The Wall Street Journal.

My saga — which nearly led to my firing — began on the morning of June 2, 2020, when a non-black student in my class on tax principles and law emailed me to ask that I grade his black classmates with greater “leniency” than others in the class. “We are writing to express our tremendous concern about the impact that this final exam and project will have on the mental and physical health of our Black classmates,” the student wrote. (There was no project in this class, and it was unclear to me who the “we” in this case was. I suspected the student simply used a form letter he found online and neglected to change the subject.) “The unjust murders of Ahmaud Arbery, Breonna Taylor and George Floyd, the life-threatening actions of Amy Cooper and the violent conduct of the [University of California Police Department] have led to fear and anxiety which is further compounded by the disproportionate effect of COVID-19 on the Black community. As we approach finals week, we recognize that these conditions place Black students at an unfair academic disadvantage due to traumatic circumstances out of their control.”

The student then requested that the final be a “no harm” exam — meaning it should be counted only if it boosted one’s grade. “This is not a joint effort to get finals canceled for non-Black students, but rather an ask that you exercise compassion and leniency with Black students in our major.” (As I noted in my legal complaint, the student clarified, in a subsequent conversation with a university investigator, that he “intended that the requested adjustments apply to Black students and not the class generally.”)

“when a non-black student in my class on tax principles and law emailed me to ask that I grade his black classmates with greater “leniency” than others in the class.”

So, this was started by a non-black lib? Who the hell is he to speak for anyone else? Ugh. How condescending.

The most egregious issue in this case is that the school’s own explicit policy expressly forbade the professor from grading the blacks more leniently, and yet when he properly refused, the school itself pilloried him.