Ignoring PA crimes, while putting Israeli actions under a microscope, is all part of the soft bigotry of low expectations in the Middle East.

Ignoring PA crimes, while putting Israeli actions under a microscope, is all part of the soft bigotry of low expectations in the Middle East. 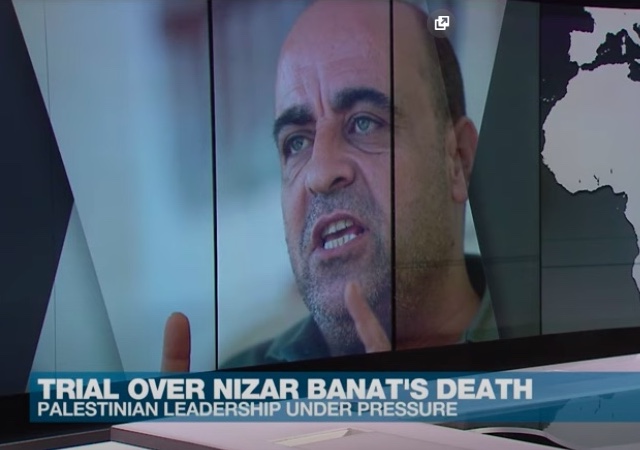 Raise your hand if you’ve heard of Nizar Banat.

Banat was a frequent critic of Palestinian Authority President Mahmoud Abbas and others within the PA. So PA security officers killed him.

At least, that’s what the family alleges. They say PA security officers came to Banat’s home on June 24 in the middle of the night, and beat him to death.

Hundreds of Palestinians protested the death, which came in the midst of a PA crackdown on critics. Although not new, the suppression worsened following Abbas’ decision last April to scrap elections. At least 50 people had then been arrested for political activities. The crackdown remains ongoing; PA security forces arrested at least 52 Palestinians last month alone.

The US State Department called for an investigation into Banat’s death, but didn’t speak to any PA principals about it.

In September, the PA grudgingly indicted fourteen members of its security forces (although not their superiors) for the killing. Presumably, these are the same fourteen who had been identified by early July.

Banat’s death and its aftermath have received only modest attention from Western media and politicians. Compare it, for example, to the big dust-up when Israel bombed a Gaza building housing Hamas and Associated Press offices, after warning AP to evacuate. AP decried Israel’s supposed targeting of journalists’ offices. (AP quieted down a bit after evidence emerged that it knew Hamas was its neighbor and had failed to report on its activities.)

The White House lectured Israelis that “ensuring the safety and security of journalists and independent media is a paramount responsibility.” President Biden discussed the matter with Israeli Prime Minister Netanyahu. But, the Palestinian Authority throws journalists into jail, murders a critic, and arrests and intimidates key witnesses after trial starts? That’s only a small story.

We have communicated directly to the Israelis that ensuring the safety and security of journalists and independent media is a paramount responsibility.

Some time ago, while in Israel, this author spoke with a couple of young men from the United Kingdom. They weren’t malicious, but they incessantly criticized Israel’s supposed ill-treatment of Arabs. Asked why they seemed so obsessed with Israel’s purported misdeeds, but never said a word about the actual misdeeds of its neighbors, one of them responded: “Deep down, no one really expects the Arabs to behave any better.”

Though shocking, his bluntness illuminates an outlook that’s far more widespread now than it was then and is currently rampant among politicians and media: what former President George W. Bush called the soft bigotry of low expectations. The problem isn’t just discrimination against Jews by imposing an absurdly high standard on them, but discrimination against Arabs by failing to impose any standard on them.

It certainly explains why the PA’s abuse and oppression of its own people, arrests and murder of its critics, and attempts to derail the trial of its henchmen, have received only perfunctory attention. Westerners don’t really expect Palestinians to behave any better.

Johanna Markind is Research Editor and Counsel at the Legal Insurrection Foundation, which she recently joined.

Arkancide in the middle East. Imagine that.

Don’t wait for those whose foreign policy is appeasement of terror to even mildly critique the PA.

To be fair, the Arabs didn’t learn from Hillary, but rather the other way around…