The new series is also derided by The New York Times. 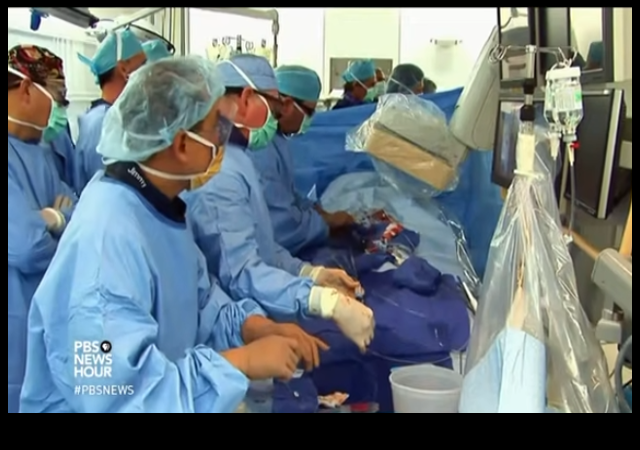 Netflix has a new hit series called “Squid Game,” a Korean production in which the plot involves hundreds of cash-strapped contestants accept an invitation to compete in children’s games for incredible wealth, but those who lose are killed.

However, one of the series subplots has struck a nerve, as it is shining a spotlight on accusations that the Chinese Communist Party has set up an organ-harvesting racket worth a billion dollars annually.

Viewers were enthralled by the blood-soaked dystopian thriller that pits players against each other in contests fought to the death for a chance to win cash.

And while the Asian drama is obviously fictitious and a pointed critique of modern life, one of the show’s side plots where human beings have their organs harvested and sold is very real.

But the international community remains powerless to stop the slaughter because the World Health Organisation is compelled to accept the totalitarian nation’s ‘inadequate and misleading’ hospital data without question.

A group of U.N independent experts has expressed their concerns at allegations of organ harvesting carried out on minority groups within China.

Experts claimed that they had received “credible information that detainees from ethnic, linguistic or religious minorities may be forcibly subjected to blood tests and organ examinations such as ultrasound and x-rays, without their informed consent; while other prisoners are not required to undergo such examinations.

It added: “The results of the examinations are reportedly registered in a database of living organ sources that facilitates organ allocation.”

…Last March there were reported concerns that China was executing Muslim prisoners so that they could harvest their organs to treat dying coronavirus patients.

The concerns come after Beijing boasted it had performed a successful double transplant op on a patient given just days to live.

At the time human rights monitors asked how the two matched lungs needed for the 59=year-old’s life-saving surgery were found so quickly.

Part of the difficulty in stopping these atrocities is the lack of media attention on the crimes. Dr. Chang Chin-Hwa of the National Taiwan University has been involved in the investigations associated with China’s organ transplant and notes the silence is due to the “sharp power” of the CCP.

“This is not just ‘occasional negligence’, because other examples suggest it is intentional, with biased or problematic media reporting, the academic said.

“Is it apathy or ignorance, or is there something else?” Dr Chang asked.

The professor suggested that the lure of China’s immense market was being exchanged for control of business, technology, entertainment and academic sectors, as well as media companies.

“Any media company that has been connected to the Chinese market is possibly subjected to the CCP’s authoritarian control,” the academic said, describing this as an exercise of ‘sharp power’.

“One direct way is to purchase advertorial inserts in influential international newspapers and magazines, with big payments,” she added.

So fiction must be used to hint at facts. Interestingly, The New York Times television critic hates “Squid Game,” which I assert is proof about the CCP’s “sharp power.”

But what is “Squid Game” about? When you look past the ornament and the action, one thing you see is an utterly traditional, and thoroughly predictable, band-of-brothers and -sisters melodrama. The central group of game players is straight out of the Hollywood war-movie playbook: the strong and silent leader, the moody outsider, the violent thug, the kindly old guy and the gentle naïf who serves as audience surrogate.

…But what probably puts it over the top is the aspect of the series that most makes me dislike it: its pretense of contemporary social relevance, a thin veneer of pertinence meant to justify the unrelenting carnage that is the show’s most conspicuous feature.

Quite frankly, the Netflix series is the most entertaining offering I have seen in a long time. That it highlights China’s nefarious organ-harvesting racket and irks the NYT are additional bonuses.

They’re half right. The Chinese failing is not paying the donor.

Also, there was no overt mention of China or anyone involved, so that sounds pretty thin-skinned and it would be a mistake for China to comment publicly.

Plus, squid game was actually written a while ago but didn’t get funded by netflix until recently. They almost missed the boat entirely.

The reason I say he didn’t watch it is that they didn’t get at least 50% of these right in that they are not the tropes that the viewer suspected in the beginning at all when the full series is viewed: “the strong and silent leader, the moody outsider, the violent thug, the kindly old guy and the gentle naïf who serves as audience surrogate.”

“And while the Asian drama is obviously fictitious and a pointed critique of modern life,”

I guess they have to be careful to say that now, after the Utopia debacle.

Actually it is a COVID free facility that really exists. It’s located in Wuhan on Wet Food Drive between the sanitary bat wholesaler and the fresh dog meat market. They offer same day service and accept American Express, Visa and Mastercard.

Make sure to exit through the gift shop, where they are holding a special on Hunter Biden paintings.

Organ harvesting is nothing new in China…Wife and I were in Hong Kong Oct, 1 about 25 years ago. First week in Oct is “National Day” celebration in China and there was a one week moratorium on executions. There were stories in Hong Kong news about full local hospital beds and dialysis centers due to back up of ex-pat Chinese waiting to enter the mainland for their kidney transplant and resumption of executions.

You’re right it’s not new…it’s actually not new in any country as there is even a black market for it here.

However, the recent peeks into a state-sanctioned practice and the human rights abuses of the minorities in China are becoming more well-known. Just don’t hold your breath for the UN to actually do anything about it.

International Harvester Company almost went bankrupt. Fortunately George Soros bailed them out and moved their operations to China where the harvesting business is flourishing.

Why all the hubbub bub?
It’s only Post-Term partial human abortion.
The global elite satanists must have their bloody sacrifices.

To cooperate with evil is to commit evil. Woe be unto this generation.