“says there are over 400,000 known illegal immigrant ‘gotaways’ who have crossed into the United States so far this year & were never caught” 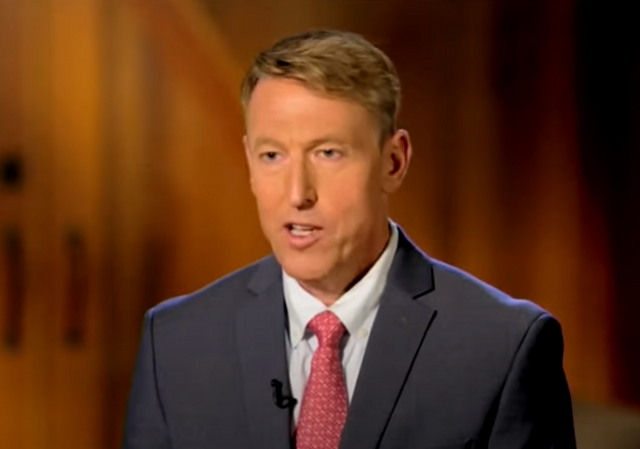 Rodney Scott was the chief of the Border Patrol for decades until Biden ousted him last spring. Scott chose to retire as a result.

He recently sat for an interview with Bret Baier of FOX News, and made some ominous claims about what’s happening at the border.

The interview isn’t going to air for a few more days, but Yael Hanlon of FOX News has a preview:

Rodney Scott, who retired in June after 30 years in Border Patrol when the Biden administration forced him out, sat down with “Special Report” host Bret Baier for a two-part interview that will air on Tuesday, October 6th and Wednesday, October 7th on the Fox News Channel.

“We have terrorist threats we can’t get into in this type of a forum but they are real,” Scott said in a preview released on “Special Report” Monday.

“They exist, and they want to come across that border. Statistically, it always includes rapists, murderers, potential terrorists every single year if you look at CBP’s statistics publicly available. Those all exist in who we actually catch,” he added. “To think there is not just as bad or worse people in those getting away would be naive.”

He also claims almost half a million “gotaways” have vanished into the country.

NEW: In exclusive interview with @BretBaier, former U.S. Border Patrol Chief Rodney Scott, who served under both Trump and Biden, says there are over 400,000 known illegal immigrant “gotaways” who have crossed into the United States so far this year & were never caught. @FoxNews

Scott also claims that the Biden administration has paid millions to contractors to not build the wall.

That last claim is was mentioned in a July report from Jake Dima at the Washington Examiner:

President Joe Biden’s administration has spent roughly $2 billion to pay for military contractors tasked with guarding unused materials after the Democrat put a pause on construction of the border wall.

Biden’s cohort shelled out roughly $3 million per day to “guard steel, concrete, and other materials in the desert,” according to a report from the Senate’s Subcommittee on Government Operations and Border Management, of which Oklahoma Sen. James Lankford is the chairman. The $2 billion figure is roughly 20% of the $10 billion transferred to the Department of Defense by former President Donald Trump to build the border wall, a process that was halted by Biden on his first day in office.

“For years I have called out federal waste, but the Biden Administration is literally ‘going for broke’ with this nonsense. Our border patrol agents are doing their best to secure our border, but they need additional barriers, roads, and technology to help keep us safe. Instead, President Biden is paying professional construction contractors to babysit metal to the tune of $2 billion and counting, while at the same time we’ve seen a 20-year high number of migrants crossing our open border,” Lankford said in a statement, adding that Biden is paying “not to build the border wall.”

Over the last four years, Democrats adopted a mindset that anything Trump was for, they absolutely must be against, even if it’s something that’s good for the country.

We joke about Trump Derangement Syndrome, but this is an example of how it is affecting real-world policy decisions.

He ought to be raising the alarm about foreigners crossing the border, forget terrorists.

All anti-terrorist resources are being surged to school committee meetings.

ONLY WALLS BIDEN WANTS ARE AROUND CONGRESS AND AROUND SCHOOL BOARDS.

“We joke about Trump Derangement Syndrome”

We joke about it because it’s a joke. But “Biden Derangement Syndrome” is the real deal. Biden is so totally deranged and out of control that he is doing things you would expect to only read about in a crazy science fiction book.

I truly believe that Biden is but the face. Those pulling the Biden strings, who will forever remain nameless and blameless are who is demonstrably out of control. An investigation, with teeth, needs to be done by someone who can’t be bought or blackmailed to identify them and their crimes, then brought to justice.

I also believe everything I just said and recommended is so far beyond possible in today’s America that comic book heroes might as well be named to accomplish it.

Well, you explained it much better than I did. Two thumbs up.

You don’t have to guess. It’s the same marxists who were pulling Hussein Obama’s strings.

They simply need to be destroyed.

Anyone notice how Bernie and Lizard Warren quietly exited the DNC primaries and gave the field to Biden in Spring of 2020 ?

I always wondered what back-room deal was made. Now it’s becoming clear. Biden must have agreed to push forward Bernie’s Marxist agenda in return for Bernie’s support. That’s why we have a $3.5 Trillion F*ck-America-Over Better bill in Congress. They filled Biden’s head with flattering bullshit that he would be the next FDR. But Biden is not even qualified to stand next to a picture of FDR.

Everyone knows Biden is a Trojan Horse for the Progressive (code word for Marxist) agenda. No one actually voted for this dumpster fire, his Ho and his grifting family.

The Biden junta must fall. These people are criminals and must no longer be accepted.

We’ll learn about the “children in cages” and other collateral damage forced by immigration reform, with the next, non-Democrat administration.

It’s become obvious that a major terrorist incident like happens in third world countries is going to happen here.

It already did. What happened? Bush attacked Iraq, a country that had nothing to do with it.

One thing you can count on is that there will not be a major terrorist incident in God’s Wrath Arkansas. It will be in some big blue city, the bigger the better.
And I can’t help but think to myself, is this not one of the increasingly rare cases in today’s world where the whirlwind accurately targets the people who sowed the original wind?
The best I can hope for is that level of accuracy, and chances are it will be granted.

Henry – You’re Right. And they will take it as a pretext for greater infringement on individual liberty for ALL Americans – not just in the big cities where the attach will likely occur.

In recent history – fear and division have been stoked and used as justification to take people rights and impose more Marxist policies. Even George Orwell himself would blush at how rapidly this has all come about.