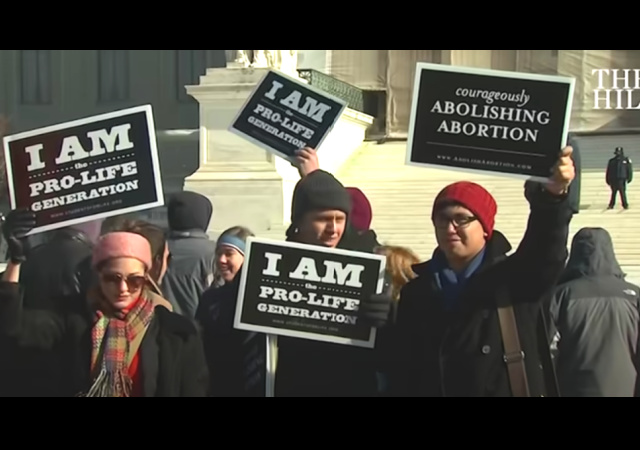 The United States Court of Appeals for the Fifth Circuit ruled 2-1 for a longer-term stay of lower court ruling enjoining the Texas fetal heartbeat law.

Now: Texas's 6-week abortion ban SB 8 will remain in effect for now – the 5th Circuit has granted a longer-term stay that will keep a district court injunction paused while Texas pursues its appeal. The order is 2-1 with Judge Carl Stewart dissenting. pic.twitter.com/1rKPc3iENu

I cannot keep up with all these motions, rulings, decisions, etc. It’s a circle.

Texas Gov. Greg Abbott signed the bill into law on May 19.

You cannot have an abortion after you can detect a heartbeat, which is around six weeks. Let me tell you something. That sound coming from a small human being is the most glorious sound you will ever hear in your life.

The law went into effect on September 1 after SCOTUS refused to halt the law on procedural grounds. Biden’s DOJ tried to stop it.

U.S. District Judge Robert Pittman of the Western District of Texas, Austin Division, placed a temporary restraining order, on the law on October 7.

The 5t Circuit ruling means the law stays in effect.

So, was this a Trump Judge staying an Obama Judge?

Depends who’s reporting and whether they like the ruling or not.

That said, there is no mystery in sex and conception. A woman and man have four choices, and still six weeks. Baby steps.

Everyone KNEW this would trigger lawsuits and appeals and challenges. Meanwhile, other states have passed and are passing similar restrictions. All good. Within 20 more years, Roe will have either been overturned outright or nullified in a state-by-state fashion. You can thank the liberals and pot legalization for their efforts.

Within 20 more years, Roe will have either been overturned outright or nullified in a state-by-state fashion.

Overturn or nullify a court decision based upon dubious and twisted legal logic that created out of nothing a mythical “right to abortion” that doesn’t actually exist in the Constitution and therefore isn’t binding on the states?

Roe is going to disappear much faster than you think. By the end of this decade at the latest.

Since Fifth Circuit affirmed the granting of the injunction, that means the temporary restraining order remains in effect until and unless SCOTUS decides the case and vacates the injunction-let’ see what happens with the Mississippi case which is scheduled for argument at the SCOTUS next month

No, you have it backwards. The 5th circuit did not affirm the injunction, it stayed it, which means the injunction is not in effect and therefore the law is in effect.

In the meantime many babies are not being murdered. Even if the law is eventually overturned, no execution orders will be issued for those babies. That itself is a win.