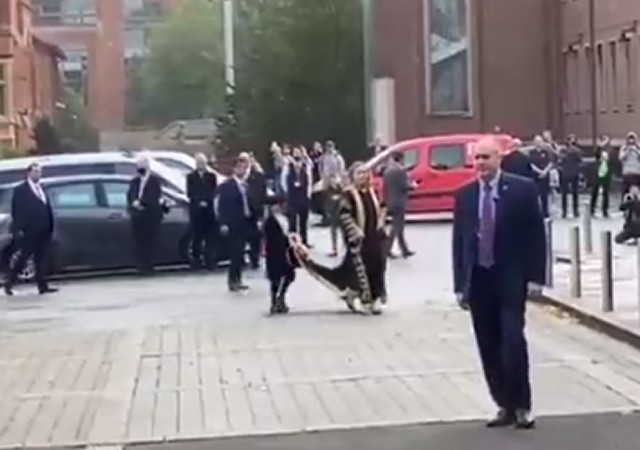 In case you haven’t heard, Hillary Clinton has been made chancellor of Queen’s University in Belfast, Northern Ireland.

This week, as she was walking to the inauguration ceremony, she was heckled by bystanders, one of whom repeatedly called her a war criminal. Watch:

Hillary Clinton walking so pompously into Queens University in Belfast as a child carries the tail of her cape and bystanders call her a war criminal is one of the funniest things I’ve ever seen pic.twitter.com/Q07DYgch5I

This photo needs a caption.

Don’t try to shame the elite. They don’t care about the optics because they know they will always be better than you. You’re nothing to them. They don’t even think about you. pic.twitter.com/GQ4nJdvrut