Israel called the 2021 Durban Conference the “worst international manifestation of antisemitism since WWII.” 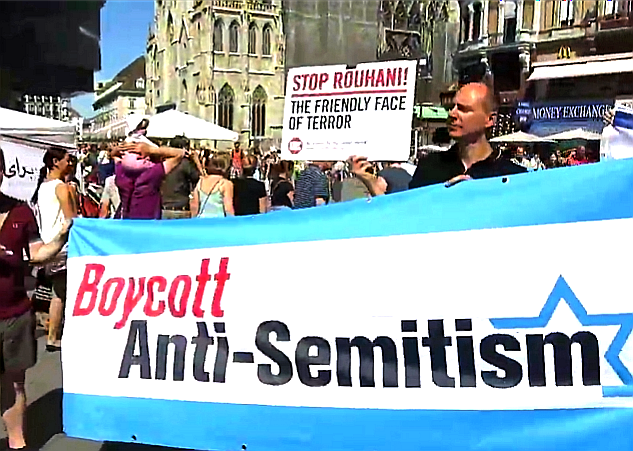 The United Nations suffered a major embarrassment as 37 nations withdrew from its Durban Conference on “racism” amid allegations of antisemitism. Besides the United States and Israel, countries to pull out of the controversial UN event include Canada, Britain, France, and Germany.

On Wednesday in Durban, South Africa, the event was organized to mark the 20th anniversary of the World Conference on Racism. The UN publicized this year’s event, Durban V, as a “High-Level Meeting” on “Reparations, racial justice and equality for people of African descent.”

These are the 36 *confirmed* countries who did the right thing and said No to #DurbanIV antisemitic hatefest at #UNGA.

There may still be one or two more to come, who did not attend, but only being confirmed how.

The Times of Israel reported the diplomatic opposition to the UN event:

Dozens of countries steered clear of a UN General Assembly session Wednesday that commemorated the 20th anniversary of the controversial UN World Conference Against Racism in Durban, South Africa, which was accused of veering into open antisemitism.

Israel and dozens of other nations boycotted the commemoration event amid worries it would also feature attacks on the Jewish state, with Foreign Minister Yair Lapid tweeting that 34 countries would not attend.

“Thank you to everyone who enlisted in a focused and successful diplomatic operation,” Lapid wrote of those who helped organize the boycott.

The United States, Canada, the UK, Australia and France are among some of the key nations skipping this year’s meeting.

“The original Durban Conference, a UN-hosted event, became the worst international manifestation of antisemitism since WWII,” it said. “Inflammatory speeches, discriminatory texts and a pro-Hitler march that took place outside the halls were only part of the ugliness displayed in 2001.”

The Foreign Ministry released a statement denouncing the conference as the commemoration began.

“The ‘World Conference on Racism’ actually ended up encouraging it, including through the parallel NGO forum, which displayed caricatures of Jews with hooked noses and fangs dripping with blood, clutching money.”

“Twenty years later, some of the same organizations have waged a BDS campaign against the only democracy in the Middle East, but they have FAILED,” the ministry added, referring to the Israel boycott movement.

The 2001 Durban Conference, which was called to confront racism, was hijacked by left-wing and Muslim groups, who turned it into a platform for blatant Jew-hatred and anti-Israel boycott campaigns. The conference passed a resolution labeling Israel a “racist apartheid state” that was guilty of “war crimes, acts of genocide and ethnic cleansing.”

The anti-Israel Boycott, Divestment, and Sanctions (BDS) movement is also a malignant outgrowth of the Durban Conference. “The boycott call issued in July 2005 was not the result of a small group of activists getting together, it was the result of a multi-year organized effort for a global boycott of Israel, most prominently in a boycott call issued at the 2001 UN Durban Conference which was so anti-Semitic the U.S. walked out,” Professor William A. Jacobson explained in 2015 post.

Israel led the diplomatic initiative against this year’s event. The country’s foreign ministry described the UN event as the “worst international manifestation of antisemitism since WWII.”

“The original Durban Conference in 2001 was intended to fight racism but in reality it did the exact opposite, encouraging hate and antisemitism,” Israeli envoy to the U.S. and the UN Gilad Erdan said in a statement.

“This proves that there is a growing recognition of the fact that the Durban Conference was plagued with bigotry and that the Durban Declaration does nothing to promote the fight against racism … I hope this will be the last UN event commemorating that shameful conference,” he added.

The absence of the U.S. and other leading world powers apparently dampened the mood of anti-Israel and anti-Western agitators in Durban. CNN was upset that this year’s event was boycotted by “[s]everal countries that once grew fantastically rich from colonialism and slavery, including the US, Canada and the UK.”

“United Nations convened a major day-long event on racism and reparations on Wednesday. But representatives from some of the West’s biggest powers never showed,” the news channel complained on Thursday.

I’d like to see a U.N. conference examining the intrinsic and persistent pathologies of the ideology of “Submission” — supremacism; totalitarianism; misogyny; the rejection of secular, democratic norms; and, of course, vicious and callous belligerence towards, and, oppression of, non-Muslims. I won’t hold my breath, waiting. It’s easier for these Muslim supremacists and their useful-idiot, dhimmi allies at the U.N. to attack and vilify Israel, in order to distract attention away from their own horrific oppression and atrocious human rights records.

Wow, surprised the Biden regime allowed the U.S. to snub the islamist terrorists in such a manner. With his terrorist ties you’d have thought he would be sending U.S. representatives to the Durban Conference to keep them happy.

20 years too late. If 9-11 had not happened 3 days later, the original Jew hating Durban Conference in 2001 would have been exposed as the hatefest it was.

Anyway, it’s nice to see some good news and justice.