Creature would have dwarfed the tiny species that occupied the seas of the Cambrian period. 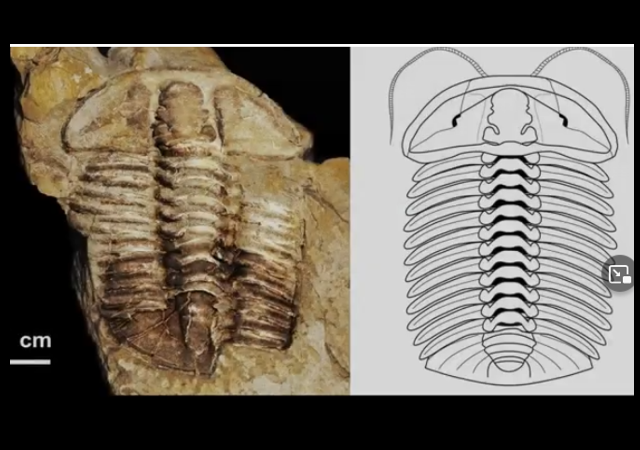 As my colleague Mike LaChance is away, enjoying a fun vacation and a much needed break from the news cycle, I will be helping with Quick Takes….focusing on science news!

There has been a fascinating discovery of an intriguing new species in the famous Burgess Shale.

Paleontologists have discovered a massive new arthropod fossil species that lived in North America during the Cambrian period more than a half-billion years ago.

The fossil remains were uncovered from the Burgess Shale deposit found throughout Canada’s Kootenay National Park.

Though the horseshoe crab-like arthropod measured just over a foot-and-a-half in length — a moderate size by today’s standards — it would have dwarfed the mostly tiny species that occupied the seas of the Cambrian period.

You might want to check your illustration. That looks like a trilobite. The articles I have seen on this show this

which is very different.