Virgin Galactic crash lands in the Sea of Regulations. 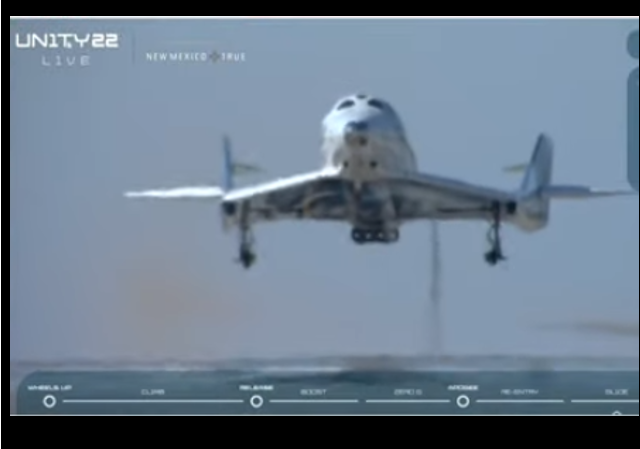 In July, I reported that Virgin Galactic owner Richard Branson rocketed ahead of the competition, successfully completing a sub-orbital test flight show that his company’s spaceplane is ready for passengers.

And while that was a thrilling moment, the enterprise has just crash-landed in the Sea of Regulations.

The US Federal Aviation Administration [FAA] has grounded Virgin Galactic’s fleet and launched an investigation after learning that the vehicle that carried Richard Branson into space in July veered beyond its designated airspace for nearly two minutes.

The regulator on Thursday said the spacecraft had dropped below protected airspace for one minute and 41 seconds of its descent to New Mexico, during a landmark mission in which founder Branson beat rival Jeff Bezos in a tight race into space.

“Virgin Galactic may not return the SpaceShipTwo vehicle to flight until the FAA approves the final mishap investigation report or determines the issues related to the mishap do not affect public safety,” the FAA said.

The FAA gives missions to space a designated airspace they can fly in to prevent collisions with commercial planes and to minimize civilian casualties in the event of an accident.

Virgin’s Unity 22 mission flew out of that designated airspace for a minute and forty-one seconds before the pilots were able to correct course.

Nicholas Schmidle, author of The New Yorker piece, said he attended a meeting a few years ago, wherein the same pilots on the Unity 22 flight said a red light entry glide-cone warning should “scare the shit out of you.” Apparently, that means it’s too late, and that the safest course of action is to abort. In a statement it published after the article went out, though, Virgin Galactic said it “disputes the misleading characterizations and conclusions” in the piece and that the people on the flight weren’t in any danger as a result of the flight deviation. The company said:

“When the vehicle encountered high altitude winds which changed the trajectory, the pilots and systems monitored the trajectory to ensure it remained within mission parameters. Our pilots responded appropriately to these changing flight conditions exactly as they were trained and in strict accordance with our established procedures. Although the flights ultimate trajectory deviated from our initial plan, it was a controlled and intentional flight path that allowed Unity 22 to successfully reach space and land safely at our Spaceport in New Mexico. At no time were passengers and crew put in any danger as a result of this change in trajectory.”

Virgin Galactic shares fell after the company said it would postpone its next space flight (planned with the Italian Air Force), blaming a possible manufacturing defect in vehicles.

Last Friday, Virgin Galactic announced the postponement of test flight Unity 23 with the Italian Air Force, saying a third-party supplier flagged the potential manufacturing defect in a component of the flight control actuation system during preparation for the flight.

“At this point, it is not yet known whether the defect is present in the Company’s vehicles and what, if any, repair work may be needed,” said the statement. “Out of an abundance of caution, and in line with Virgin Galactic’s established safety procedures, the Company is in the process of inspections in partnership with the vendor.”

So, winds at altitude shifted unexpectedly and carried the flight vehicle off course and outside the designated airspace. Not excusing it because I don’t know all the details, but was this purely procedural or were other aircraft actually endangered? Or is this simply a case where Sir Richard either pissed off somebody in the FAA or didn’t pay them enough?