France’s President Macron will talk to Biden amid crisis over submarines. 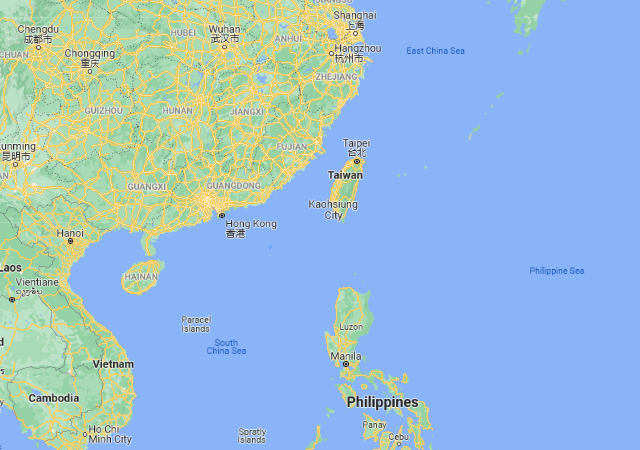 I noted that when the Biden administration persuaded Australians to nix the French submarine deal in favor of American subs, that both French and Chinese officials were furious.

Taiwan’s air force has scrambled to warn away 10 Chinese aircraft that entered its air defence zone, Taiwan’s defence ministry said, the day after the island announced a $9bn boost to military spending to counter the threat from China.

Chinese-claimed Taiwan has complained for a year or more of repeated missions by China’s air force near the democratically governed island, often in the southwestern part of its air defence zone close to the Taiwan-controlled Pratas Island.

The latest Chinese mission involved six J-16 and two J-11 fighters along with one anti-submarine and one reconnaissance aircraft, the Taiwan ministry said on Friday.

Taiwan sent combat aircraft to warn away the Chinese aircraft, while missile systems were deployed to monitor them, the ministry said.

The Chinese fighters flew in an area close to the Pratas, while the anti-submarine and reconnaissance aircraft flew into the Bashi Channel that separates Taiwan from the Philippines, according to a map that the ministry issued.

The Biden administration could learn a thing or two from Taiwan, a small country with the heart to take on Asia’s new dragon. Taiwan threatened to take China to the World Trade Organization after Beijing said it would suspend sugar apple and wax apple imports from the island on pest concerns.

Taiwan’s Council of Agriculture Minister Chen Chi-chung said China had behaved unilaterally without providing scientific evidence, and criticised the announcement for coming during the traditional Mid-Autumn Festival, celebrated by Taiwan and China.

“We cannot accept this,” Chen told reporters in Taipei about the decision, which he said his office had only received at 9 a.m. (0100 GMT) on Sunday.

Taiwan has told China it will take the country to the WTO under the body’s dispute resolution mechanism if Beijing does not respond to Taipei’s request to resolve the issue under their existing bilateral framework before Sept. 30, he added.

The French are also not allowing China to dictate their relations with Taiwan. A delegation of French senators will visit Taiwan in early October, even though an earlier announcement of such a trip angered Chinese officials, the online French media outlet La Lettre reported Monday.

According to the report, the delegation will be lead by Alain Richard, the head of the French Senate’s Taiwan Friendship Group, and include Max Brisson and André Vallini, both vice presidents of the group, as well as Olivier Cadic, the group’s secretary.

China previously expressed its opposition to the trip in February in a letter sent by China’s ambassador to France, Lu Shaye (盧沙野), to Richard that the French saw as Chinese interference in its institutions.

Meanwhile, French President Emmanuel Macron will speak in the coming days with Joe Biden in their first contact since the major diplomatic crisis erupted.

The phone call is at the request of Biden, government spokesman Gabriel Attal said, adding that there was “shock” and “anger” at first in France over news of the deal. But now it’s time to try to move forward, he said.

What the French now call a “grave crisis” erupted over the sudden, surprise end to a 2016 contract worth at least $66 billion between France and Australia to build 12 conventional diesel-electric submarines. Instead, Australia signed on with the United States and Britain for eight nuclear-powered submarines. France insists it was not informed of the deal in advance.

I sure hope Biden doesn’t fall asleep on Macron.