“I kind of expected it, to be honest.” 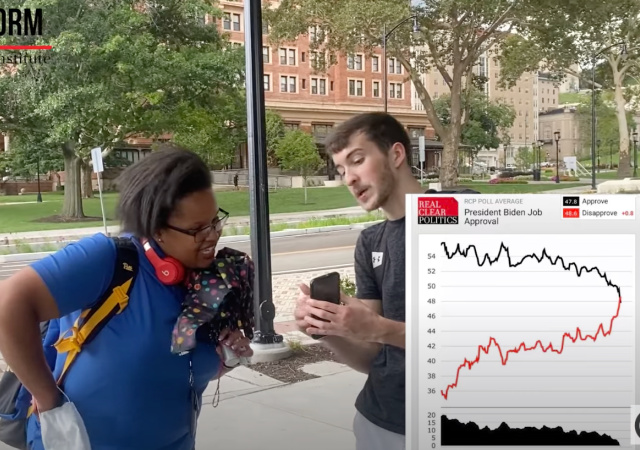 Biden’s low numbers should not shock anyone. It only shocks the elites and Beltway snobs. Campus Reform spoke to students at the University of Pittsburgh.

As Biden’s approval numbers continue to plummet, Campus Reform correspondent Logan Dubil went to the University of Pittsburgh to get students’ reactions.

After showing students his declining approval, many students weren’t surprised. “It doesn’t surprise me at all”, one student told Campus Reform. “I kind of expected it, to be honest,” another said.

Some cited Biden’s immigration crisis and botched Afghanistan withdrawal for his declining approval.

A new RealClearPolitics poll just released shows that nearly 50% of Americans are dissatisfied with the Biden administration.

The real shocker is that half of America still approves of this moron.

That’s just what the poll says. You can count on it being well-skewed toward Democrats, just as a given.

Or the data is being otherwise massaged/manipulated in Biden’s favor.

“Of course,” said the frog to Mercury, messenger of the gods, “we all knew we were petitioning Zeus for a log.”

i believe you meant to say “…low approval numbers…”