Afghan Evacuee Flights to U.S. Halted Due to Measles Cases Reported Among Refugees

Afghan Evacuee Flights to U.S. Halted Due to Measles Cases Reported Among Refugees

So much focus has been given COVID-19, it seems our bureaucrats have forgotten there are other infectious diseases. 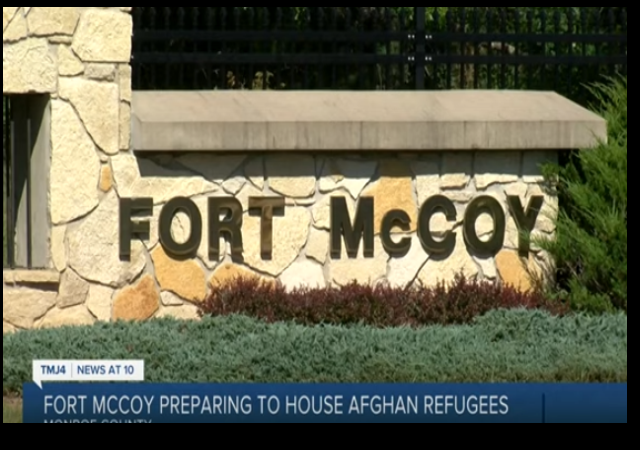 We have reported on measles outbreaks in this country, as more parents opt to skip immunization of their children and rely on the “herd immunity” of their surrounding communities.

However, that approach did not count on Team Biden instituting a refugee program involving people from a region that has the 7th highest measles case level in the world.

It is now being reported that the U.S. has temporarily suspended flights of Afghan evacuees into the country after four reported measles cases among recent arrivals.

“‘Operation Allies Welcome’ flights into the United States have been temporarily paused at the request of the [Centers for Disease Control] and out of an abundance of caution because of four diagnosed cases of measles among Afghans who recently arrived in the United States,” White House Press Secretary Jen Psaki told reporters.

She said that individuals are being quarantined and that the CDC has begun full contact tracing. Additionally, all arriving Afghans are required to be vaccinated from the disease as a condition of entry into the U.S.

The Associated Press had earlier reported that a “”health safety concerns” had shut down flights out of Qatar and Germany. There are nearly 10,000 evacuees at the U.S. military base in Ramstein, Germany.

The first report came was from Fort McCoy Army Base in Wisconsin.

An internal government email, viewed by Fox News, said that the base confirmed a case of the measles on Sunday.

“All those who had been in contact with the infected person at base have been isolated, and post-exposure prophylaxis and inoculations are in process,” the notice said.

Separately, a senior U.S. government official confirmed to Fox News that officials identified a single measles case as part of what they called a robust health screening process.

Parents who are relying on “herd immunity” to avoid giving their children vaccinations should probably reconsider, given the policies of the current administration. Apparently, the U.S. military is building eight “small cities” across the country for the refugees.

Military bases across the United States are welcoming tens of thousands of Afghan refugees, fashioning what amount to “small cities” on-base to address housing, food, medical care, sanitation, and other vital needs.

As of Friday, over 25,000 Afghan evacuees were being housed at eight U.S. bases, Air Force General Glen VanHerck, head of the U.S. Northern Command, told the Associated Press.

At Fort McCoy, the only Army installation in Wisconsin, between 8,000 and 8,800 refugees were on-site at the start of the weekend. A State Department official said that number would increase by Sunday; right now the base has a capacity to host up to 13,000 people. The effort is part of the Department of Defense and U.S. State Department’s efforts to support what has been dubbed Operation Allies Refuge.

So much focus has been given COVID-19, it seems our bureaucrat overlords have forgotten there are other infectious diseases.

…..with a wide-open southern border being crossed by the diseased masses? Puh-lease!

Vetting is conducted by out “top men.” Any day now I’m expecting their report on the Ark.

One of the afghan refugees must have accidentally let slip that he was going to vote Republican.

Seems like that’s the place you need the masks.

I’m a lot more concerned about being exposed to TB than the WuFlu. Especially since I’m pretty sure I already have been and didn’t get it.

So they are sending them back, right?

Oh I crack myself up sometimes

Perhaps the Department of Education should investigate the denial of emigration reform and civil right violations.

At least it’s not Covid.