The Taliban took over Afghanistan and all we got is a picture of Joe Biden looking at a screen. Great job, folks. 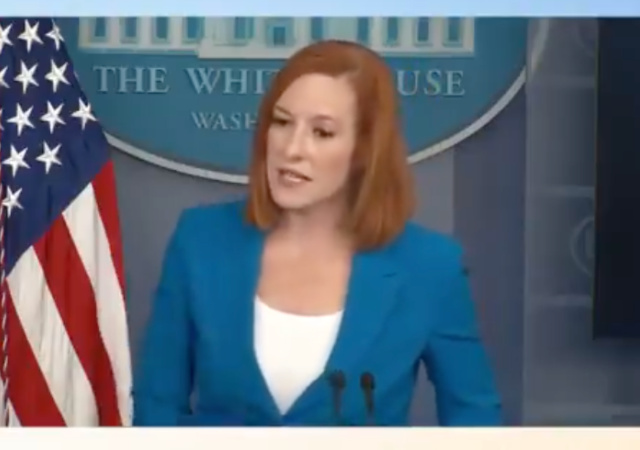 You know the media would have slaughtered any of former President Donald Trump’s press secretaries if they did not respond to any emails or phone calls during this time.

Actually, you know the media would have crushed anyone in Trump’s administration.

Vijeta Uniyal has done an excellent job covering the Afghanistan fiasco at the hands of President Joe Biden.

The network received an out-of-office message. It received the same message Sunday evening. 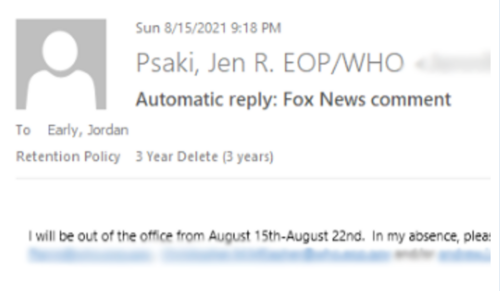 Biden is on vacation at Camp David. His officials already said he won’t address the nation for days.

The White House tweeted a picture of Biden but didn’t even bother censoring the phone.

This morning, the President and Vice President met with their national security team and senior officials to hear updates on the draw down of our civilian personnel in Afghanistan, evacuations of SIV applicants and other Afghan allies, and the ongoing security situation in Kabul. pic.twitter.com/U7IpK3Hyj8

Where is Biden? Where is the administration? Blinken went on the Sunday shows. Granted, I don’t pay much attention to politics on the weekend but I saw people asking the same question: Where is Biden?

Even CNN is shocked!

Where is President Biden? #WhereIsJoeBiden
That’s all. That’s the tweet.

Where the fuck is Joe Biden?

🚨🚨: CNN's Jeremy Diamond says there are "no indications that President Biden is going to address the nation" on #Afghanistan any time soon.

"The moment that we are in today certainly would call for hearing from the president of the United States." pic.twitter.com/5P30QHTxBl

She took a cue from Lori Lightfoot. When times get rough, get your hair done.

What we she do if she was in office?

Send for the White House manicurist?

You mean the White House plastic surgeon who has a office in the basement? I hear he’s real good.

Shes is at a convent praying about her future

What a piece of trash. What a coward.

No one should endulge her speaking ever again. On anything.

As for Lightfoot: she IS the Taliban inside our government.

Is hiding an admission that they have screwed up so badly that there is nothing then can say?

Only allah knows why all those copies of ‘White Fragility’ and a big buttsex flag on our embassy in Kabul failed to stop the Taliban.

Maybe if there was a “zero tolerance” policy on pronoun usage. Or more drag queen contests in Kabul might have turned the tide.

Yeah, the transvestite terrors in the US military really let us down.

Mentally ill people should not be in the military – or in government.

Allah’s will be done.

I’m feeling rotten today. That wasn’t one of my good ones. Thanks anyway…

The Presidential Palace in Kabul was evacuated and so in a show of unity, Biden ordered the evacuation of the White House. Biden now has the Taliban right where he wants them. All those years with Mitch McConnell weren’t wasted. It’s called “winning by losing”.

To be honest: Psaki and Biden* on vacation during this time doesn’t bother me very much. It is hard to see how they could screw this up even more if they took an obsessive interest in the situation in Afghanistan, but maybe it is best if we don’t find out.

We don’t have a President and his administration that can be held accountable. We have a ruling junta who came to power through a stolen election and who thinks they will be in power permanently. Why on earth does anyone think they give a hoot in Hades about what the proles want?

I think Biden is planning what he is going to say when (or if) he decides to address the nation. Hey, it took his over 4 months to prepared for his State of the Union speech and this fiasco is much more complicated. This is going to take time.

Amazing how many Dems and their leftwing media propagandists are surprised and stunned at what is happening in Afghanistan.

Now they know what a real ‘insurrection’ looks like.

These people are totally and completely out of touch with reality. And I’ll lump General Milley and his team of fellow sycophants in with them.

Nope. Biden will be addessing the nation at 12:45pm today (just before the markets close).

Note that Tyler Durden is now a Branco fan.

I’ll give you a little more time to figure it out. My post was correct.

Biden will begin, “My son Beau was in Afghanistan. Blah blah blah. Stumble. Forgets train of thougt. And so I say to you all is well. …Bless the American people.”

After the speech: “Where am I?” This way Mr. President.” Joe goes the other way and wanders off into the kitchen.

Seriously, what would they say beyond attempting to blame what is going on right now on Trump and GWB while somehow keeping Obama out of it, instead of taking direct responsibility for making this withdrawal a disaster of epic proportions?

Since Mary mentioned this, I was looking at a local message board which is filled with Democrats and liberals in general and there are comments about how awful things are in Afghanistan, but zero mention of the Biden administration’s role in it. If this was Trump, they’d be bashing him to the skies.

This also reminds me of the attempted airplane bombing when Obama was in Hawaii, and it took him a couple days to interrupt his Christmas vacation to say something about it while even the media was wondering what was taking so long. It helped Scott Brown win a Senate seat for a couple years.

Although this is multitudes of magnitude worse.

What no one has mentioned is that there is a strong possibility that the stress factor of the events and the number of people beseeching him to step up, could actually have or in the process of taken him out of the picture .. and in of itself is the true crisis. The White House Staff have gone unavailable and others bunkered down at Camp David. Even the sole picture of Biden is a tell of how he is dealing with the expectations of those waiting on him to act. Americans are the least of his concern or those who are faced with the crisis of a “frozen and mute” leader. If this comes to pass we will be doubling down on the already double down on the problems that we face as a country.

Senile puppet-presidents propped up by a corrupt party and self-serving bureaucracy have consequences.

Weakness in a world full of tyrants and homicidal fanatics has consequences.

Now, really – can any of us say we’re genuinely surprised?
.

With respect to the flood of illegals invading over our southern border possibly bearing with it Tailbones bent on terror on our ground, I do not understand why the citizens of the states directly involved, which is all 48 contiguous, can’t seek legal injunction in federal,court to put an end to what’s happening there.

My naive ANSWER is that individual US citizens have no legal standing in the courts. And that makes me sick.

A hallmark of the Declaration and the Constitution that was to support and implement its self-evident Truths were the features that would protect the individual from the excesses of the central state.

I do not feel protected. Not a bit. Helpless, frustrated, disowned, spiritually violated, ostracized, a citizen in a completely foreign country, if I can claim citizenship at all.

I really don’t know who I am anymore, I’m disoriented, Whatever direction I look, I recognize nothing, none of the old landmarks that gave me direction have melted away, draining from me any sense that my children and theirs will inherit something they believe in the way I did.

All have melted …. The EDIT button hasn’t helped me much at all.

Seccession or Trump: pick one.

Betting that she’s interviewing with CNN and MSNBC for her next job.

You mean the Mayo Lisa? She was too white for my taste.