However, hero airmen who flew 823 Afghans out demonstrate the USAF is diverse and inclusive, without the need to add racialist screed and communist dogma. 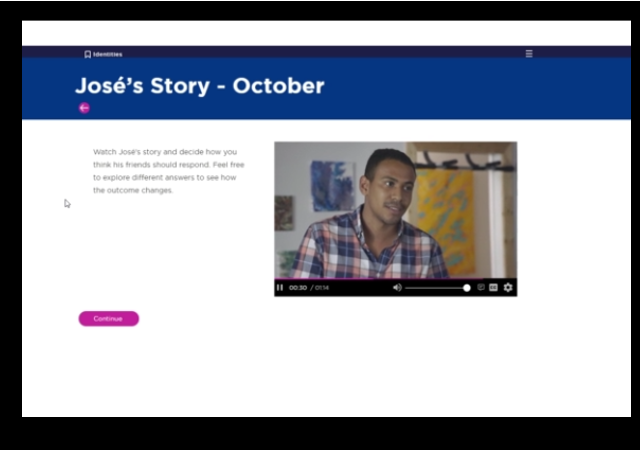 I have a very sad update about my one of my favorite institutions of higher learning, the U.S. Air Force Academy.

Legal Insurrection readers may recall my son is now a cadet. Happily, he seems to have started before the Biden Diversity Wave struck. Now the first year cadets are required to watch diversity and inclusion videos featuring Black Lives Matter inanity.

The video includes a hypothetical scenario with a mixed-race student named Jose, who is pressured by two of his friends to attend the Black Lives Matter meeting on campus. A third friend, apparently meeting Jose for the first time, introduces himself while expressing surprise that Jose does not look “more south of the border.”

After Jose explains that he is a mix of Mexican and Nigerian, the third friend makes a comment critical of Black Lives Matter.

“No offense, but it seems like all lives matter would be a better way to bring people together,” the friend says. “Because Blacks aren’t the only lives that matter. It just seems like you’re dad’s family matters less than your mom’s.”

The video pauses and the student is then given three options to choose how to respond to the comment, with all three options expressing support for the Black Lives Matter movement. All three options lead to the actors discussing how the friend’s comments were “problematic” and “insensitive.”

The reason: Everyone does it.

Air Force Academy spokesman Dean Miller told the Washington Examiner. “This is the first year this training has been used, and it is used at universities across the country.”

Sadly, Critical Race Theory (the toxic companion to BLM) was also referenced during an important milestone in the life of the cadets, Acceptance Day. During the ceremony, the cadets transition from basic cadet training to formal acceptance into the Cadet Wing.

Subsequently, the ceremony is a very big deal to cadets and their families, which makes the following description from a relative who attended this year’s event very disturbing.

Critical race theory was referenced during the academy’s Acceptance Day Parade, which occurred earlier this month, according to one veteran who was in attendance to celebrate a relative who was honored as a newly accepted cadet, and he said he has “never been sicker in my life.”

“I was disgusted by the fact there was a message of divisiveness vice a message of unity. I believe American citizens join the military because they love this nation,” the veteran, who requested anonymity to protect his relative from retribution, added.

“I’ve never met anyone who said they joined just to see what was going on. This same love of nation, patriotism, is what brings men and women of all backgrounds, all races, all religions, and all ethnicities together. It is the glue that holds us together. It is also the one thing that will make a person risk his/her life in defense of the greatest nation in the world.”

It is apparent that many parents are upset about this development. Comments have been turned off in the Academy’s FaceBook groups for posts regarding these reports. However, other social media comments reflect the concern that military priorities are not as focused on warfare, strategy, armaments, and research as they should be.

Meanwhile, China, Russia, and Iran are preparing their militaries for the sole purposes of fighting and killing Americans.

"So we have straight-up Marxism being taught at taxpayer expense to the men and women who will soon be serving as officers in the United States Air Force."https://t.co/xBfmhen7CD

Our military continues to pursue woke indoctrination. Instead of prioritizing warfighting/focusing on strategic threats, these woke leaders at DOD push Marxist critical race theory. We’re watching the terrible consequences of this unfold. It cant continue.https://t.co/4Dx6Ea6vYl

To end this post, I would like to recognize the heroic U.S. Airmen who ignored red tape restrictions to save hundreds of Afghans from Kabul on a C-17 on Sunday rescued 823 people – 183 people more than previously thought.

At first it had been reported that the crew took 640 Afghans out of Kabul but the true number was 823. The first count didn’t include the 183 kids on board.

The flight breaks the record for the number of people to have ever been flown on a C-17 jet and disgraces the other C-17 jets that have left Kabul with only 100-200 people on board this week, while thousands wait at the airport gates desperate to be saved, but who can’t get on planes without visas or foreign passports.

On Friday, Lt. Colonel Eric Kut, who made the decision to leave the airport with as many Afghans on board, said he was more interested in saving lives than checking paperwork and abiding by red tape rules.

‘First and foremost, a lot of people talk about rules and capacity. We were trained to handle that to max perform that aircraft.

‘When you have women and children and people’s lives at stake, it’s not about capacity or rules or regulations. It’s about the training to make sure we could handle we could that many people out.

I would argue, based on this, that the USAF has plenty of diversity and inclusion without the need to add racialist and communist doctrine to the mix.

Is it just me, or do the secretary of defense and the chairman of the joint chiefs of staff look like a couple of fat palace eunuchs?

The Eunuch title is being used to describe a lot of soulless hacks. It is well earned.

The point of departure should be that racism is the anomaly, not the norm,

This is straight-up political indoctrination in our Military Academies.

Yeah, there is a difference. People are castigated and smeared if they don’t accept the neo-racism. They are too brainwashed to push back and ask – “how can focusing all our attention on skin color be anti-racist” – in fact, isn’t that the definition of racism ?

Notice it’s not winning wars or patriotism. In a word unsistainable.

Lt. Colonel Eric Kut I salute you as being a man who demonstrates what
America should be all about.

This did not disgrace the other C-17 jets. It disgraces the senior officers who ordered them to take off with only 1 or 2 hundred passengers.

Gee, I wonder how America could just leave billions of weapons for the Taliban and abandon our citizens stuck in Afghanistan. I have no idea how such a thing could happen nowadays. It boggles the mind. How many ice cream cones did Joe Biden eat today? I’m so glad we have a president who likes ice cream. I wonder if he’s been to the Sugar Bowl in Old Scottsdale. They have delicious ice cream. I was just there last week and thought – Joe Biden, our great president, would love this place.

When you want to more forever wars all you need to do is arm the terrorists with the latest military hardware.

Give access to the same hardware to the Chinese and Russians to have a good look at and use for false flag incursions.

I’m sure the Mexican Cartels would like to get their hands on some of our most sophisticated equipment.

When George Stephanopolis asked Biden about this in a recent interview he said he thought we already have too many guns in America. If it were ice cream it would be a different story. Especially if it were Ben and Jerry’s Delishy Phishy Alzheimer Food or Fancy Nancy Botox. He also said Kamala Harris wouldn’t mind blowing off a couple of pints of Chunky Monkey.

The US Military: Losing Wars Since 1945.

Glenn Greenwald — CNN and Lib Media are controlled by the CIA:

Meanwhile, LtCol Matthew Lohmeier, author of “Irresistible Revolution, Marxism’s goal of Conquest & the Unmaking of the American Military”, will be separating without a pension on September 1, for exposing this shit in scholarly detail. Yes, I have read it. You should too.

The book can be ordered from http://www.matthewlohmeier.com

We are now 70+ years into a great social experiment that has been highly successful — the full integration of the US Armed Forces. I think there are two simple reasons for the success of the Armed Forces as our “ultimate melting pot”:
1) There is a formal intake program that tears the new warriors from their prior social status and gives them a substitute social pecking order — from Generals down to Privates. The message is “forget about prior civilian status and take pride in being an Armed Forces member.”
2) There is an overall belief that the Armed Forces is a meritocracy and that merit is rewarded, with your life depending upon unit cohesion and the competence of your fellow service members. The message is “everyone is here to make a serious contribution to the overall effort and lives will depend on it.”

This has worked for 70+ years, and many black service members have had successful careers. To the extent that someone said a racial slur or could be perceived as biased, it was ignored in the overall march toward equal opportunity. As a result, when it came time to send in troops to Little Rock or to the US Capitol on Jan 6, nobody thought twice about how those troops would perform or whether there would be a breakdown of unit cohesion along racial lines.

Does anyone seriously believe that this training film will improve upon a time-tested way to address this area? It is entirely possible that someone of mixed black and Latino heritage will seek membership in the Armed Forces because they think that their career opportunities are better than in civilian life. Do you want to use BLM propaganda to suggest otherwise?

What you described is a good reason to remove a vast portion of the military budget.

Don’t try to fix what ain’t broken otherwise you might end up breaking what didn’t need fixing.

Marxism is coming to the military

Just wait until they send the military after conservatives. The indoctrination is moving apace.

Anyone still think I am a RINO for wanting to defund these assholes as the first step towards avoiding bankruptcy of our country?

I have no idea how accurate this report is:

Why is it so damn important for EVERYONE to be vaccinated when the vaccine is more dangerous than the flu itself? Especially to healthy people like me? What exactly are they injecting into us? Why WOULDN”T we be suspicious?

This is nothing new. USAFA has never met a leftest idea it did it like. I was told in the early ‘90’s in a mandatory Social Actions (predecessor to EEO) that white men were responsible for all of the evils in the history of mankind.

Everything you hate about colleges is going on at service academies and has been for a long time.

I have a small idea for anyone forced to attend a live indoctrination session:
If, during the session, you feel the need to release intestinal gas, do so.
It’s not much, but does allow you to express yourself without retribution.
If a number of people do this during the session, the result will be palpable.