The court told the Democrats in the nicest possible way to get back to the state and do their jobs. 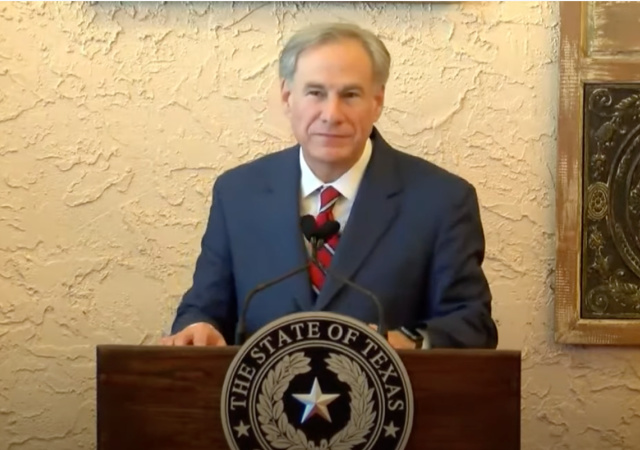 The Democrats argued Abbott violated the constitution and separation of powers.

Abbott cut the funding after the Democrats fled to D.C. to avoid doing their job. They disagreed with voting legislation making it harder to cheat.

Abbott said: “Funding should not be provided for those who quit their job early, leaving their state with unfinished business and exposing taxpayers to higher costs for an additional legislative session.”

The Texas SCOTUS agreed with Abbott, pointing to the state constitution the Democrats insisted Abbott violated:

The Texas Constitution gives the Governor a line-item veto on appropriation bills enacted by the Legislature. “If any bill presented to the Governor contains several items of appropriation he may object to one or more of such items . . . .” TEX. CONST. art. IV, § 14. If the bill is not “presented to the Governor ten days (Sundays excepted) prior to [the Legislature’s] adjournment,” the Governor has twenty days from adjournment to object to one or more items, and if he does so, “such item or items shall not take effect.” Id.

The funding could have returned during the latest special session, but that ended on Friday with many of the Democrats still in D.C.:

In both special sessions, the court added, Republican leaders in the House and Senate chose to address other Abbott priorities first, including GOP-backed voting bills that prompted the Democratic walkout at the end of the regular session, which in turn prompted Abbott to veto the legislative budget in retaliation.

The veto dispute, the court concluded, was more about the order that bills will be considered, not Abbott’s attempt to abolish another branch or force it to do his will.

The next special session began on August 7th. The court noted the “subjects for consideration” include the voting legislation and “[l]legislation providing appropriations from unappropriated available revenues to the Legislature and legislative agencies in Article X of the General Appropriations Act.”

“In the meantime, the Governor and legislative leaders have announced that funding for continued legislative operation has been made available through the end of September,” the court wrote.

In other words, get back to Texas, Democrats, and do your job.

Democrats: The ends justify the means. Neither legality nor ethics have standing so they must now find another way to force their corrupt and destructive agenda.

Abbott should toss them into some far west Texas prison and treat them like the 1-6 protesters in DC.
Let them rot in solitary with one hour outside the cell out of every 24 hours and no family or friends allowed to visit.

He can’t toss them in any prison. They’ve committed no crime. All he police are authorized to do is arrest them and bring them directly back to the House. And if they’re already on their way there they can’t be arrested.

Just because their zig – or zag as the case may be – takes them a few inches closer to the House doesn’t mean they are “on their way there.”

Now here’s a “defund” movement I can get behind!

You mean like quit paying people who don’t work? That’s a movement I can get behind everywhere.

What do you mean, people who don’t work? The majority of the legislators are working. But if their appropriation is not renewed they won’t be paid.

And yet they are not suing. It is the ones refusing to work.

Texas Democrats: “The Senate needs to get rid of the filibuster and vote to unconstitutionally change how every state runs elections.’

Also: ‘Abandoning our duty to attend legislative sessions to stop legislation we don’t like is a good thing nothing at all like a filibuster.’

And we didn’t even need to amend our constitution.

If they have money to vacation in Europe why are they begging constituents for bais needs?

GOOD! Hey fleabaggers: Want your paychecks? Gotta come back and actually do your jobs!

“Funding should not be provided for those who quit their job early, leaving their state with unfinished business and exposing taxpayers to higher costs for an additional legislative session.”

Hmm. I wonder if the tax payers of Texas have a class action lawsuit against those derelict democrats?

Any legal eagles in the house?

One might hope that many of them are also landlords.

Choices continue to have consequences. The d/progressive can run from that fact but they can’t hide, eventually the consequences of your choices catch up.

I’ve been looking for coverage of the fact that yesterday a state judge in Austin ruled that the legislature has no authority to compel attendance in order to assure a quorum despite the plain language of the Texas constitution.

He ruled that the Constitution is unconstitutional and the legislators who fled the state cannot be apprehended and forced to attend the current session.

I didn’t expect this activist judge’s ruling to last long, and it didn’t.

Much to the shock, dismay, and frustration of the communists, the Texas Constitution is constitutional in Texas once again.

Boom. I don’t recall ever seeing a court ruling overturned so quickly.

I saw one reference to that somewhere, and assumed it must be a mistake.

It was obvious that he would be reversed. It’s good that it happened immediately. But the next step is Article 15 section 6 of the TX constitution:

Sec. 6. REMOVAL OF DISTRICT JUDGES BY SUPREME COURT. Any judge of the District Courts of the State who is incompetent to discharge the duties of his office, or who shall be guilty of partiality, or oppression, or other official misconduct, or whose habits and conduct are such as to render him unfit to hold such office, or who shall negligently fail to perform his duties as judge; or who shall fail to execute in a reasonable measure the business in his courts, may be removed by the Supreme Court.

And Title 2, chapter 4, section 21 of the Texas Code provides:

INCOMPETENCY. For purposes of Article XV, Section 6, of the Texas Constitution, “incompetency” means:

(2) gross carelessness in the discharge of official duties; or

(3) inability or unfitness to promptly and properly discharge official duties because of a serious mental or physical defect that did not exist at the time of the judge’s election.

As a Judge, I lead one of the most progressive courts with amongst the lowest pretrial incarceration rates and with defendants waiting the least time in jail for a trial. I am dedicated to ensuring the rights of the accused without sacrificing the safety of the community. I also take a keen interest in first time offenders and prefer diversion to incarceration where it makes sense but certainly in non-violent offenses.

While we won on this highly symbolic issue are we going to lose on the issue of banning mask mandates?