Did anyone expect the Taliban to call out Facebook? 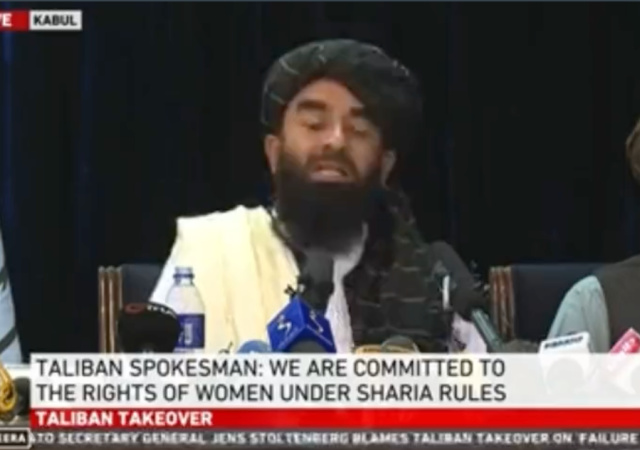 A Taliban spokesman took a lot more questions than President Joe Biden has in his seven-month-old administration.

Someone asked the spokesman about freedom of speech. All I can say is…OUCH.

At last Facebook is called out by someone they respect!

USA has sunk so low that we are subject to legitimate criticism when it comes to free speech from people who enslave their women and some of their men.

This is horrifying. This has set back the war on world terror by 50 years. Worse: they’re now inside our country. Wait till car bombs start going off in the US.

I think that’s what our “elites” want to happen. They’ll use it as an excuse to further erode our liberties.

Rights for women under Sharia are very similar to the rights of camels under Sharia except camels have more rights.

Another endorsement for Zuck’s mantle.