Surge in Pediatric Respiratory Cases Appear to Stem from RSV Infections, Not COVID-19

Surge in Pediatric Respiratory Cases Appear to Stem from RSV Infections, Not COVID-19 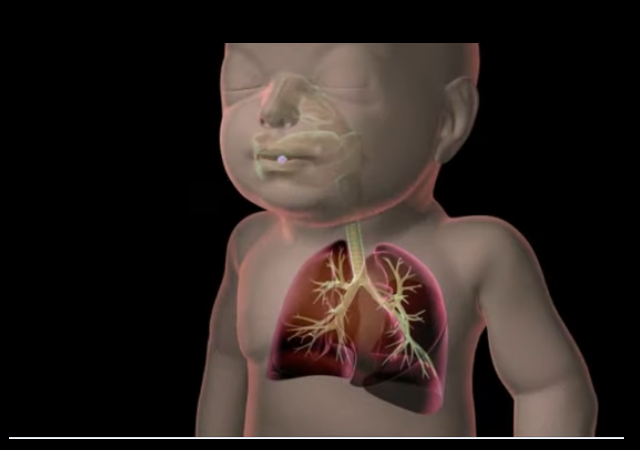 The American press may be failing us, once again, on its coverage of the coronavirus.

Current reports stress that COVID-19 is surging among children, and the “experts” quickly stress vaccines and mask-mandates in response.

The Food and Drug Administration must work “aggressively” toward authorizing a Covid-19 vaccine for children under age 12, the head of the American Academy of Pediatrics wrote in a letter to Dr. Janet Woodcock, acting commissioner of the FDA.

The urgent plea comes as the U.S. experienced the “largest week-over-week percentage increase in pediatric Covid cases since the start of the pandemic,” Dr. Lee Savio Beers, the academy’s president, wrote in the letter Thursday.

Pediatric cases of Covid-19 have soared in recent weeks in part because of the highly contagious delta variant, raising worries among parents and doctors just as schools are reopening for the fall semester.

But is that the case? While COVID-19 numbers may be rising among children, it is also true that we are seeing a surge of Respiratory syncytial virus (RSV) that is resulting in hospitalizations. RSV is a common respiratory virus that usually results in mild, cold-like symptoms. Most people recover in a week or two. Still, RSV can be severe, especially for infants. It is the most common cause of bronchiolitis (inflammation of the small airways in the lung) and pneumonia (infection of the lungs) in this country’s children younger than one year of age.

For example, a rise in RSV infections is reported in Albuquerque, partially attributed to the lack of regular infections after lockdowns and restrictions have ended.

Health officials monitoring COVID-19 are now seeing another dangerous trend nationwide. There’s been a rise in cases of the respiratory syncytial virus or RSV, which can be deadly for young children. Doctors said RSV is very common during the winter months but disappeared during the pandemic with people masking up. Now, we are seeing it spread at an unusual time.

Across the country, cases of RSV are soaring. Here in New Mexico, the numbers are also going up. “We are certainly seeing it here,” Dr. John Pederson at Presbyterian said. “We are seeing more off-season cases of RSV than we usually do.”

RSV, not COVID-19, is being blamed for the lack of pediatric bed space in Oklahoma.

Pediatric bed space is scarce at Oklahoma Children’s Hospital, but COVID-19 isn’t to blame, a leader of the hospital said Thursday.

Other children’s hospitals in the state are facing the same situation, Mantor said. And nursing staff shortages also play a role, with many nurses having left the workforce after a “horribly stressful year,” he said.

Hospitals may have more physical beds available than staff available to care for people in them.

“RSV is a real issue right now,” he said.

The South, which Biden bureaucrats have criticized for COVID-19 response issues, is dealing with a significant surge.

Texas has been proven to have an increase in the RSV cases, which began in the first week of June and peaked in mid-July. The full report of the state’s RSV cases is published in the Texas Department of State Health Services. Along with Texas, the state of Florida also experiences a surge of respiratory-related cases that had been marginal, according to the state’s records from the past years.

Our Lady of the Lake Children’s Hospital in Louisiana, along with other pediatric institutes, has recorded a whopping 244% increase in RSV cases. CNN reports that the hospitals from the state are almost exceeding their full capacity due to the respiratory virus.

As an aside, I would like to know precisely how many pediatric cases come from illegal immigrants who have recently streamed across our border.

This is Kansas City. @KCStar tried to paint it as Covid but at least @ChildrensMercy had the decency to clarify. pic.twitter.com/fJz21tOhxd

Medical professionals express concern about what they see in the hospital wards.

Both Dr. Jones and [Dr. Mariana Lanata, a pediatric infectious disease specialist with Marshall Health] say they are seeing hospitalizations increase in children with RSV, something that is concerning as school has not yet started.

Fascinating. Looking at the @CDCgov 's COVID-NET, you see that it has been the 0-4 year olds driving up COVID hospitalization rates recently. 5-17 year olds have decreased/remained stable. I wonder if the recent RSV surge is resulting in some infant RSV cases being labeled COVID. pic.twitter.com/9qJQHvtKYy

Sadly, we will be dealing with the unintended consequences of the Great Lockdown of 2020 for some time to come.

Just as every negative cultural and economic outcome is labeled racist, every negative respiratory problem seems to blamed on Rona. At least until refuted but by then the initial scary headline has achieved the desired result: maintaining a narrative of panic and the need to extend the emergency.

We need to lockdown babies. Spike is an obvious consequence of those babies choosing to ignore science and come into this world not wearing a mask. And to further drive a the decrease in future infections, governors should mandate contraception be worn at all time.

“…mandate contraception be worn at all time.”

No… no rubbers for robbers.

How ’bout rubbers for rapers?

No condoms for convicts!

All new prisoners to our women’s prison will be processed by Nurse Procrustes.

Some babies are born wearing a mask.

,Milhouse, milhouse, milhouse…..I’ve watched your responses for better part of five, maybe seven years. Some folks might not like them, but I’ve always figured they make me stop and think. Never figured I. Would see you post a reply to one of my goof-posts. But you did. And once again….you bring a good fact to light. Baby’s bin with masks…lol

We cannot be too careful. I suggest we would be best served by putting plastic bags over the heads of liberals.

Another example that most non-Coronabros saw coming last year.

Are we trusting data from corrupt institutions? Skilled liars mix some truth into their lies to make the lies believable to some. Perhaps I missed it, but I think a timeline leading up to these RSV cases just might show a pattern. But, who needs patterns when we have narratives.

No data is better than bad data. Think about the person who drives off the edge of a cliff because the GPS indicated that was the route.

My wife spent February of 2020 with son,daughter-in-law and newborn grand-daughter. In other words, before pandemic psychosis afflicted the country. Pediatrician said, when young, everybody gets it once, some get it twice. Premies are at risk as are old people. Full term grand-daughter did not get the vaccine as the risk was judged greater from the vaccine than RSV. Baby recovered quickly, parents took longer and Grandma longer still. GM needed a course of azithromycin to kill the lingering bronchitus.
I had never heard of RSV before this. It kills 15000 people a year.

Sort of like all of a sudden this summer the CDC has recognized that the PCR tests give off a lot of false positives. Fauci would never admit it. The CDC has even lost Johns Hopkins with their deceptive counting practices!

My youngest caught this RSV at the beginning of summer and it was pretty rough, though we didn’t need the hospital.

I caught RSV from her and it knocked me out for two weeks.

How much of the RSV is actually being CAUSED BY the unnecessary mask mandate for children?

Does nothing to prevent a virus the size of Covid, but swarms of bacteria thrive in the warm, moist, environment the masks provide – and people breath it in all day long.

These “Experts” seemed to have forgotten a most basic axiom. Causation is not correlation.

No one here has mentioned the illegal alien surge this year. No testing for them and mentioning that makes you into a racist xenophobe. No one should say it because it might hurt the illegal alien’s feelz!

This is what happens when crooked politicians, crooked media and a crooked AMA get together !!!!!

I’m not clear what science the article is really talking about. I mean to be scientific you need to frame both sides of the argument so that needs to assess the implications of masks and lockdowns etc on Covid. From a scientific perspective this article highlight how effective masks have been, that’s supportive of masks not against.