Majority of the ballot were mostly for Lawndale residents, with some for Compton residents. 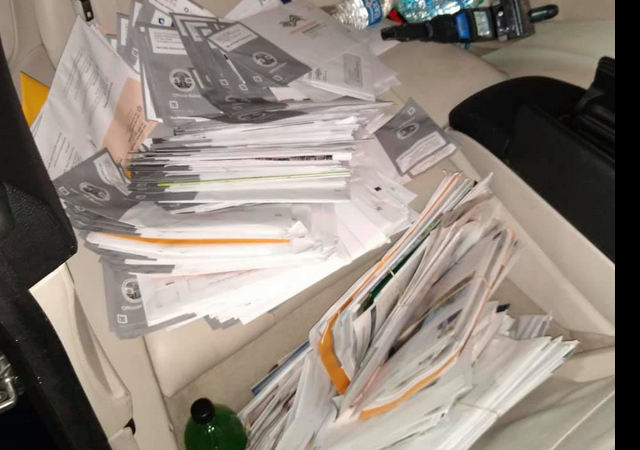 Many Legal Insurrection voters have voiced concern about the possibility of vote fraud in the upcoming California recall election.

Those worries have a basis in reality. Reports came out that California authorities are investigating why 300 unopened vote-by-mail ballots for the upcoming election were found, along with a gun and drugs, in a car parked at a Torrance convenience store.

The discovery was made Aug. 16 when Torrance police were called around 10:45 p.m. about a man sleeping in his car at a 7-Eleven parking lot.

“Inside the vehicle, the officers found a loaded handgun, some narcotics, and then they found a bunch of mail and what turned out to be over 300 election ballots in the backseat of the vehicle,” said Sgt. Mark Ponegalek with the Torrance Police Department.

“They appeared to be in a box, but they were also kind of strewn across the backseat of the vehicle and so there was just a large portion of mail in that backseat.”

The man was taken into custody, but has since been released on his own recognizance. Police still don’t know how he obtained the ballots and what his intent was.

It’s comforting to know this man is back in the community, especially as the recall election nears. The man was an upstanding citizen and an energetic entrepreneur.

Officers also discovered a loaded firearm, methamphetamine, thousands of pieces of mail, a scale, and multiple California drivers licenses and credit cards that were in other people’s names, a police news release stated. Xanax pills were also located on the unidentified male subject, who authorities described as a felon.

He was arrested on suspicion of a number of offenses, including weapons violations, narcotics and forgery violations.

Providing an update on the case Monday, police said the department’s Special Investigations Division has partnered with the U.S. Postal Service and the Los Angeles County District Attorney’s Offices Public Integrity Unit to look into the matter.

Torrance officials are assuring Californians all is well.

The people whose ballots were stolen will be receiving a new ballot, according to Torrance police, who added that this theft is considered to be an isolated incident and is not related to any additional thefts of election ballots.

Given that recall candidate Larry Elder hails from South Central Los Angeles, I will note that the majority of the ballots, sealed and in addressed envelopes, were mainly for Lawndale residents, with some for Compton residents. Nothing to see here. 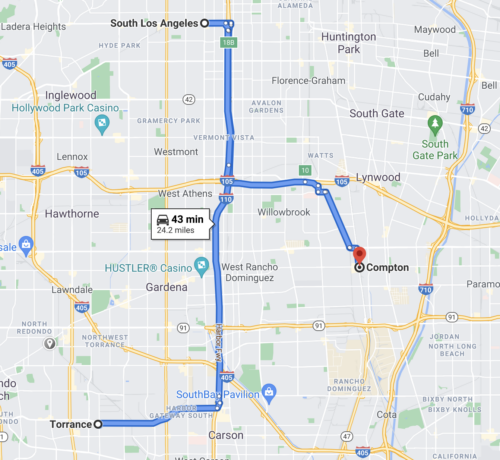 Mass mail-in ballots are a recipe for industrial-scale voting fraud. Anyone who denies this is either an abject moron or a gaslighting idiot.

Or they could be a Leftist trying to steal this and all subsequent elections.

Probably just a mail man who fell asleep in his car.

ze prefers not to be so long-winded as “abject moron or a gaslighting idiot” and prefers to go by the moniker, “mark311”

I am glad that stuffed ballot boxes are just an urban legend. /

How does an oracle comb his hair?

He uses a sage brush!

I wasn’t looking closely, I thought your profile pic was Gandalf

Just like BLM- this guy is sanctioned by dems.

This isn’t haphazard mayhem and anarchy… everything is exactly as dems intended.

Those gun fights in Portland- that’s THEIR army.

Battery charger on the family jewels until this dirtbag names his paymaster.
Then walk the charger up the chain until it reaches the winning Party official.
This shit’s gotta stop.

In the man’s car they found a loaded firearm, methamphetamine, thousands of pieces of mail, multiple California drivers licenses and credit cards that were in other people’s names.

No big deal! The man was taken into custody, but has since been released on his own recognizance.”

What was the man’s name? We dunno, why so many questions?

How can I cheat? Let me count the ways says Democrats everywhere.

If you are a democrat, it isn’t called cheating. It is called “ensuring a fair election,” of course, “fair” means any election that they win.

Note that no one was looking for this guy. No warrants etc. If he hadn’t fallen asleep at 7-11 we would never know. The ballots were stolen and yet not reported or any official inquiry. Let’s face it there are hundreds of these people ready to stuff the ballot box for drugs and cash and the authorities deny it even exists.

“The ballots were stolen and yet not reported or any official inquiry.”

How does any theft get reported for something no one is tasked to watch, and which is never counted nor are any records kept of quantity on hand in any given location?

It appears from the story these were mailed ballots to specific individuals and or addresses. There are 300 plus other mail and I’m assuming we’re not collected individually but all at once most likely from a mail carrier’s vehicle. The ballots in bulk mail form would have been sequential for the carrier do deliver and could not have been missed if stolen. The state would have printed them and delivered them to the post office and have a record. The post office would be able to track them all the way to the carrier departure time. Someone knew. There are better than 20 years worth of federal felonies and zero interest.

“Officers learned he was a felon & located Xanax pills on him. Officers continued their investigation and discovered a loaded firearm, methamphetamine, thousands of pieces of mail, a scale & multiple CA drivers licenses and credit cards in other individuals’ names.”

I am so glad that the BATF is not bothering with a felon having a firearm (in violation of the Federal Firearms Code of 1967) so that they have free time to abuse law abiding people who have them.

Yesterday hundreds of American citizens are in isolation, jailed for trespassing in our capital
Unbelievable

Was the perp held on bond or released? Guns, credit cards, drugs — wouldn’t put it past the California district attorney to let him out on a recognizance bond.

Per the report, he *was* released OR, of course.

How could anything go wrong with paid political operatives collecting (or stealing) ballots from nursing homes, apartment houses, etc? After all, that’s how the Dems manage to win the dead vote each time.

I bet this is very common. People are selling their ballots for money and drugs and the left probably has vote-rigging operations all over the state.

After the recall (which we know that Newsom will “win”), Republicans and Independents in CA should boycott all votes where their absence will not make a difference. That means that districts that vote more than say, 57-43 Dem should be boycotted, so the final result in 95-5.

You don’t partake in a farce.

Stop trying to cast this as a Democratic party effort to steal the recall election. It has the “boy who cried wolf” effect that will ruin any credibility when charging someone with genuine election tampering.

Most likely the ballots were part of the haul. He did have other stolen mail along with the ballots, after all.

And he carefully files all the ballots in a box by themselves (until he runs out of box) because he’s going for an entry in the Guinness Book.