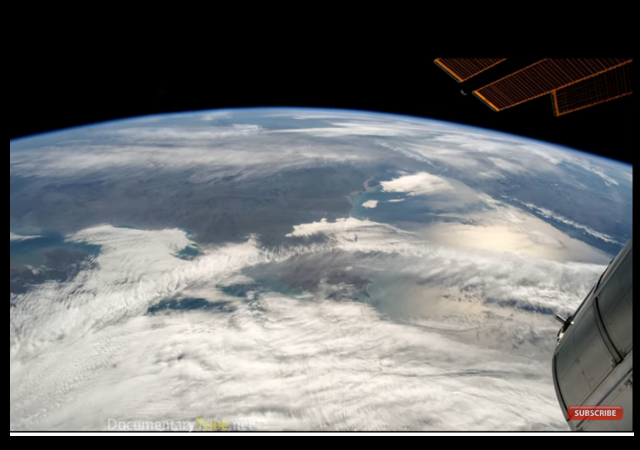 This professor has come under attack from atheists repeatedly over the years.

Physics professor: ‘Chance of life originating on its own by natural processes is zero’

Physicist Eric Hedin was canceled before the term cancel culture was even coined.

He taught a very popular class at Ball State University for six years called “Boundaries of Science” before pressure from atheists in 2013 prompted campus leaders to cancel the course.

Hedin never taught “Boundaries of Science” at Ball State again, but he continued teaching physics there and even got tenure. Eventually he left the Indiana campus to take a job at Biola University, a private Christian school in Southern California.

More recently Hedin has revisited the Ball State experience that thrust his name into the national spotlight and made him the poster boy for intelligent design for a season. Earlier this year he published the book “Canceled Science: What Some Atheists Don’t Want You to See.”

“Canceled Science tells the dramatic story of the atheist campaign to cancel Hedin’s course, reveals the evidence the atheists tried to bury, and explores discoveries that have revolutionized our understanding of the nature and origin of matter, space, and even time itself,” the online book description states.

Hedin, in an interview with The College Fix on Tuesday, said his book comes at a time when there’s more evidence than ever for intelligent design.

As the title of your book suggests, what is it that atheists don’t want us to see?

Evidence that points to something beyond nature as being responsible for major aspects of our universe, in particular the origin of the universe. The laws of nature all seem to be finely tuned to a value that of course allows life, but there’s some razor sharp or knife-edge tuning to these parameters that really can’t be explained by saying, “Oh, it’s just luck.” The level of biological information that is within the cell far exceeds what can be attained by any natural process we can think of, and actually there are laws of physics that claim that natural processes cannot generate that level of complexity that is functional, specific, information-rich, resembling machines, architecture and coding.

See this. Same line. One guy is a computer prof. Mathematical challenges to Darwin’s theory.
https://www.youtube.com/watch?v=noj4phMT9OE

Not an opponent as such to intelligent design – but the arguments he is using (as described here) could instead be used as a foundation for a “many worlds / multiverse” theorem instead. If an infinite number of universes can coexist – than unlikely things will occur. In one or more versions of the universe.

Further, if intelligent life observes that the slot machine results of universal constants necessary for that life to exist is incredibly unlikely, that’s a meaningless observation for this discussion, given that the observer would only be present in a universe version friendly to that life.

Before atheists start high-fiving over that though, consider that in a multiverse reality god (with or without a capital G) is not only possible but arguably inevitable. Somewhere.

Evolution is a proxy in the culture wars; hence it’s one of those things not to be questioned.
But punctuated equilibrium seems to be more likely than Darwinian fundamentalism. Evolution by jerks, as opposed to evolution by creeps.

Irreducible complexity was debunked on account of those creepy fundamentalists use it. In fact, it’s kind of hard to deny. Beneath a certain level of complexity, the thing, whatever it is, provides no benefit, no aid to survival. But it still has a cost; metabolic, vulnerability, and so forth as long as it exists in the simplest fashion. Thus, according to natural selection, it should be selected against. And not exist.
Not saying anything about Creation. But questions do exist. If they could be answered, Creationism would be harder to promote. Instead, the questions are forbidden.

The eye is the classic example of evolutionists use of the Far Side chalkboard cartoon trope where a complex set of formulas is written down with – in the middle – the phrase “and here a miracle occurs” is used to bridge an otherwise awkward gap in a proof.

It’s not that hard to see how eye “spots” – that is photosensitive skin features could occur and be conserved by evolutionary pressure – but no logical and practical
Pathway from that to a high-order eyeball with adjustable lens, clear vitreous fluid filling it, adjustable iris and all the other bells and whistles a human/animal eye can have that is weighted to be evolutionary advantageous all the way from alpha to omega is evident.

Once while channel surfing I happened upon Charlie Rose interviewing Richard Dawkins. Rose posed the question of how evolution could explain the development of eyes since several intermediate stages are required, none of which have survival value.

Dawkins replied, “I have faith in the theory”.

gibbie. Yes, the stages not required for survival…but have a cost.
It’s why people are trying to figure out how come the appendix wasn’t selected out of the race. Got to be some value to it. One theory is that our distant ancestors may have had to eat stuff a vulture wouldn’t touch and after the inevitable, the appendix would reboot the gut. Our very own probiotics supply. Maybe, maybe not. The answer isn’t the issue. The question is the issue. It has to be or we have a problem with natural selection.
People wonder what the gigantic antlers of the giant Irish elk were good for. That’s an immediate response to seeing them. Because they have a cost and so they must be GOOD FOR SOMETHING which has more benefit to offset the cost. Point is…the question. And if they are, then somewhere back in time, as they were small and perhaps not sturdy but had a cost….why did they last for so long?
We have Evolution for Dummies in stock breeding. But we’ve never turned a cow into a horse. Partly that’s because we already had horses. But if we didn’t, we might have, by now, some strange looking cows. And if we had horses but not cows, we’d have some strange looking horses. But they’d still be cows, or horses.

Well, we have some pretty strange looking dogs, especially given that we started from wolves. The Chihuahua alone is proof that you can evolve a wolf into a rodent.

And here I bought the idea that a water filled comet, hit the earth with enough proteins and enzymes to create intelligent life. Oh Lord, did I really evolve from a fern??