“The kind of inflation now is driven by the fact that there aren’t enough used cars, that the oil markets are rocking and rolling, that housing construction demand is high and there’s been trouble getting sawmills up and running.” 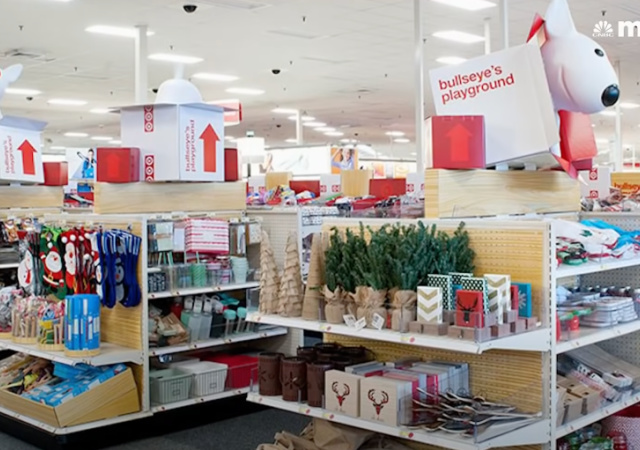 The economy is rebounding. I hope it stays this way. Who knows if it will with this new super-duper scary COVID variant!!

The consumer price index (CPI), which excludes the volatile energy and food sectors, increased by 4.3% from last July.

So we still have inflation, but a few parts of the economy saw a deceleration in this latest report. That might help:

Sharp decelerations in inflation in select areas of the economy that had seen rapid price increases in the spring helped keep the headline numbers in check.

Used car and truck prices, which rose rapidly between April and June as Americans looked to vacation, gained just 0.2% in July after a climb of more than 10% in the prior month.

Apparel prices were flat after a 0.7% increase in June, and transportation services prices actually declined after a pop of more than 1% at the end of the second quarter.

The GDP increased by 6.5% at an annualized rate in the second quarter. Consumer spending hit an 11.8% pace.

It’s great people are getting out and about and spending money. Gotta fuel the economy! Remember, the consumer drives the economy. Well, they should. (#EndTheFed)

However, it’s still hitting companies all at once. They cannot keep up with demand (emphasis mine):

Booming demand as the economy reopens has outpaced the ability of businesses to keep up. Many companies are passing on higher labor and materials costs to consumers. The shortage of semiconductors that has crimped auto production has caused prices to soar for new and used vehicles, as well as rentals.

“The kind of inflation now is driven by the fact that there aren’t enough used cars, that the oil markets are rocking and rolling, that housing construction demand is high and there’s been trouble getting sawmills up and running,” said Christopher Thornberg, founding partner and economist at Beacon Economics.

I listen to a lot of baseball on the radio. A constant commercial from Toyota stresses dealerships will buy your car even if you do not buy a car. They will also take any brand of car.

Most people know this can happen at any time, but I know some people think it will only happen if you buy a car. Maybe some places have that policy.

But the demand for used cars has gone through the roof. Car companies now emphasize the policy of buying your vehicle no matter what.

We hear about Democrats crying out eviction and awful landlords. One landlord told The Wall Street Journal about people fighting over units in central Pennsylvania:

Adam Tannenbaum was surprised when tenants proved willing to accept recent rent increases on the order of 10% or more a year for the workforce housing units his company owns in central Pennsylvania.

He was stunned when a bidding war broke out over a Columbia County, Pa., unit in May. “We advertised it at $725 thinking the economy’s not that strong out here. Well, it got up to $950—that’s when I stopped it,” said Mr. Tannenbaum, a managing principal at the Denali Cos., a workforce housing investment firm. On top of that, the winner was also willing to pay six months up front plus a security deposit before moving in.

“I don’t know where these people are getting their money from, but there’s a lot of money out there and there’s definitely a shortage of these very standardized workforce units,” he said. And, he added this is in “places where employment drivers are usually a university or an Amazon warehouse.”

They have money because the pandemic likely forced them to save money. I know I spent less last year.

Overall, it will likely even out soon. But we all know what is coming up! CHRISTMAS!

Anybody remember Stagflation? We’re getting it again.

Supposedly we voted for this outcome so in the words of H L Mencken ‘we deserve to get it; good and hard’.

Maybe the abysmal performance of these policy choices will awaken enough people to this point and they will stop voting for this result. It’s an open question, IMO.

At this point, I think the concept of voting to change governments is now mooted by election fraud.

As far as stagflation, we ain’t seen nothing yet, now that the Republicans gave the Democrats all the spending they want and changes to the laws.

Perhaps but if we cede the contest by refusing to compete we lose by forfeit. My suggestion is get involved locally with the local government.

Gather and build a like minded coalition. Volunteer to become a poll watcher for your political party. If your local party leadership doesn’t measure up then do what it takes to run a slate of reform leaders.

My late father used to say “The Republicans are the Stupid Party” and the $1 trillion “infrastructure” bill just proves him correct. Had that bill been in place of the $3.5 trillion Sanders spending palooza, it would have been (barely) tolerable, but all those morons did was enable the Dems to split the $5 trillion pile of rotten pork into two bills and use the reconciliation process. Hard to see how much dumber they can get, but I fear they’ll come up with some way to do it anyway.

As long as the funny money is still floating around this isn’t over. The definition of inflation is more money casing few goods

Yeah, and then I’m going to need to shell out a bunch of money to get another one.

No kidding. One of ours is a 2007 with almost 100K miles and the other a 2012 with almost 8oK miles. Both have been trouble free for a very long time. There’s no reason to buy another as long as these keep going.
.

It will get worse – much worse.

Is anyone surprised that the Party that denies reality also does not understand economics?

And massive homeless population as the 2+ million new illegals cannot find jobs or housing in sanctuary cities with the meager welfare checks they get.

And a flood of illegal immigrants using their new-found Medicaid (free healthcare) to address aliments that they could never have had treated in Mexico or one of the other countries they left.

Eviction moratoriums can be brought down on the private citizen, but try to not pay your property taxes and see how quickly “here to help” seizes your property.

I wonder what inflation rate the porkapolozza bills have baked into them? that, I doubt it is in the 5% range. It will be interesting to see what the COLA number is announced in a few months.

What is announced, and reality, are not necessarily connected.

A bit off topic, but… I am looking at the photo at the head of the article. What are the chances that ANY of the products on offer are made here?

Pretty slim. These days, when I buy electronic products, I’m just happy on the rare occasion when I discover that one of them isn’t made in China, as was the case with my Samsung Galaxy S4 tablet, which is made in Vietnam.

I wills say that I was pleasantly surprised to recently discover that the Lasko Wind Machine fans that I recently bought from Wal-Mart (excellent floor fans, by the way) are, incredibly, made in the U.S. (as stated on the box), although, with some imported parts, understandably.