“They argued he did not have the experience or temperament to lead the agency and his appointment would degrade ATF’s ability to do its job.” 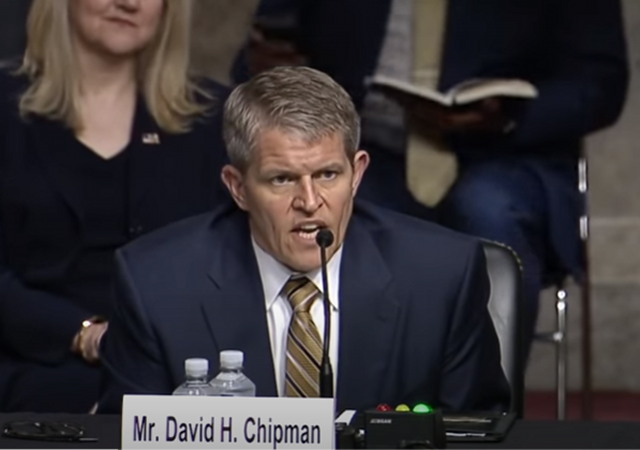 As we noted in May, Biden’s pick to head the Bureau of Alcohol, Tobacco, and Firearms, David Chipman, has some crazy ideas about guns and other things.

Now some of his former colleagues are speaking out, and their message is clear. Pick someone else.

Stephen Gutowski reports at The Reload:

More former ATF agents who worked alongside President Joe Biden’s director nominee are speaking out against his confirmation.

Seven former agents, each with 25 or more years of experience at the ATF, wrote a letter to Senate Judiciary Committee leaders on Tuesday urging them to vote against David Chipman. In a copy of the letter obtained by The Reload, the agents criticize Chipman’s turn from ATF agent to paid gun-control activist. They argued he did not have the experience or temperament to lead the agency and his appointment would degrade ATF’s ability to do its job.

“David’s strong personal beliefs on firearms issues will create serious and long-lasting problems for the Bureau and the effective execution of its law enforcement mission,” the agents said in the letter. “We relied on effective partnerships with industry, stakeholders, and other law enforcement agencies to execute our missions. Unfortunately, if David were confirmed, ATF partners would see someone who is coming to the agency with his top priority being to implement a divisive gun control agenda.”…

Many of the concerns raised by the agents who signed their names to the letter match those expressed by the current and former agents who spoke with The Reload. The agents all complained about Chipman’s history of supporting controversial new gun bans and making controversial statements mocking gun owners. The agents in the new letter and the ones in The Reload report agreed the agency needs a long-term director but said Chipman would not be the right fit, based on what they saw while working alongside him.

Senator John Barrasso (R-WY), who is quickly becoming one of my favorite senators, spoke out against Chipman’s nomination yesterday in a speech on the Senate floor:

David Chipman is an anti-gun extremist who would politicize one of the world's greatest law enforcement agencies, the ATF. The more than a hundred million legal gun owners in America deserve a leader with integrity and respect for the Second Amendment. pic.twitter.com/b4my61f31A

David Chipman would be a disaster at ATF and a danger to our Second Amendment rights.

Keep up the pressure.

In perhaps even better news, Senator Angus King (I-ME) is also not sold on Chipman. King is an independent who caucuses with the Democrats, so this would pretty much doom his nomination.

President Joe Biden’s pick to head the ATF is running into a surprising holdout who could bring down the nomination: Sen. Angus King of Maine.

The low-key independent, a member of the Democratic Caucus, has declined to publicly state his position on David Chipman, whom Biden nominated to run the Bureau of Alcohol, Tobacco, Firearms and Explosives. But he has signaled to both the Biden administration and his Democratic colleagues that he is currently not supportive of the nominee, as he comes under pressure to buck a pick seen as resistant to gun rights in a state where hunting and gun rights are part of many voters’ DNA.

King has told colleagues in the past week that he is currently a “no” on the nomination, according to a Democratic senator. King told the White House in recent days that he is unlikely to vote for Chipman, according to two others familiar with the discussions.

Democrats are pushing the Chipman nomination and the Biden administration doesn’t seem to be backing down yet either. There’s only one reason I can think of why they are going to bat for Chipman. He is a gun control activist, and that’s who the left wants as the head of the ATF.

Another example of the idiocy that the never Trump Brigade foisted upon us. Great job D French, M Boot, P Noonan, et al Thanks to your foolishness we have another 3 1/2 years of this to endure. Maybe instead of clutching your pearls you could convert them to prayer beads and try praying your way out of the situation you created.

I don’t think the testimonies from the ATF agents will sway anyone. Communists are in high moral dudgeon – do they have any other dudgeon? – when someone fails to bow to their imagined moral and intellectual superiority. This show of defiance from the unwashed racist heathen will not amuse them.

Rather, I think King and, according to the article, Tester and Manchin as well, are trying to get more than the usual 30 pieces of silver.

I do not think Manchin’s constituents will take kindly to him voting for a gun grabber.

Actually, when you look at what Manchin says about gun control, he is all over the place. Depending on who he is talking to he will support or oppose “red flag” laws, limits on gun sales to a single individual, “ghost guns”, bans on conceal-carry. I know that Manchin is a weasel, but I was still flabbergasted when I just did a Duck-Duck-Go search, and saw the number of times he took contradictory positions or spewed meaningless drivel (“No Democrat or Republican wants to take away your guns”…”sensible gun law reform”…”keep guns out of dangerous hands”…).

Furthermore, Manchin was just re-elected, which means we are stuck with him for another five years. If he decides to retire at the end of his current term, he will be obsessed with his “legacy” (read: securing his golden parachute at a woke corporation). In that case, what is to prevent Manchin from letting his inner totalitarian run wild?

Manchin lost me forever when he sponsored the infamously deceptive Manchin-Toomey Bill (which thankfully never passed).

Don’t know how communists get in high moral anything. They have no morals as evidenced by their support of a well-known pedophile.

How can you not oppose this joker?

I’d love to ask his supporters how they would feel if a Republican president nominated Pat Robertson to be the Secretary of HHS. Because that’s how big a slap in the face to American gun owners this nomination is.

Next nomination – The Grim Reaper for Director of Health & Human Services.

Biden consistently nominates those who’s goal is to dismantle America and its freedoms.

Why would anyone put someone in charge of the ATF that doesn’t know what an assault rifle is? Especially when he wants to ban what he can’t even define?

Where are all those ‘good agents’ we always here about when people tell us that these agencies are actually staffed with a whole bunch of ‘good people’?

My thought exactly. You beat me to it.

My guess is that current agents are scared shitless to go on record opposing the guy who might still manage to get railroaded in to be their boss.

Courage is no longer a plentiful commodity in the ranks of federal employees.