It’s so embarrassing that Hillary is talking to leaders and not Biden. Who else did she call!? 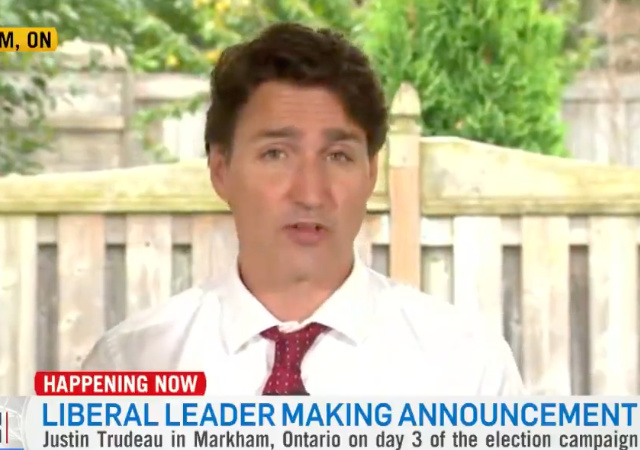 The White House said President Joe Biden has not spoken to world leaders about Afghanistan.

Who have they spoken to from America?

Trudeau said: “I spoke last night with former U.S. Secretary of State Hillary Clinton, who shares our concern for Afghan women and girls. She welcomed our efforts and urged Canada to continue our work.”

Why would he talk to HER? Did no-one in the Biden administration take his phone calls? So weird. Maybe she can give him some hard lessons from Benghazi that we can avoid in Kabul. pic.twitter.com/fYbOSBilOG

Hillary is supposedly a feminist, even though she approves of infanticide and tried to ruin any woman who accused her husband of abuse.

But still. Why speak to her at all?

How embarrassing to Biden and his Sec of State Blinken.

World leaders would rather talk to the Sec of State from 9 years ago.

Wow. Talk about a credibility gap.

I hope he didn’t say anything which made him feel disrespected, no telling what she might do.

The only question is which of those two called which. They are both Stage 4 narcissists looking for relevance and unearned recognition.

It’s quite simple. Trudeau called and asked to speak the person in charge. After being kept on hold for an hour and a half while they were trying to find out Trudeau finally said, “Okay, let me speak to someone with balls and they transferred the call to Hillary.”

Trudeau is as big a moron as Biden and Obama. And he’s just as malignant.

Canada is on a bad path, will they figure it out in time?

No. Canada is a mostly homegenous society (meaning, white Christian). If you lose them, you lose the who nation.

The people of Canada have lost their nation.

And Trudeau doesn’t have dementia as an excuse. He’s just not used to using both brain cells at once.

We should be worried that a different country would so brazenly cut Kamala out of the loop.

So whatever happened to the Logan Act?
Or does it only apply in Republican administrations?

How is the Logan Act relevant here? Even if it were a valid law, she’s not violating it.

This is Trudeau using Hillary, who is a private citizen but with pretty much universal name recognition in Canada (and trust me, plenty of Canadians were rooting for Hillary in 2016), as a means to score political points with women in the Canadian election, which was called on Sunday and will formally occur on September 20.

To the Logan Act? No. I’m well aware of that. But to the Canadian election? Yes. That was my point.

How do you know that? Were you on the phone?

Seriously, dude, in a parliamentary system once an election is called things change, unlike the US where things can keep going as usual right up to election day. Trudeau is putting on a show of “I’m still in charge even though I’m hamstrung in what I can actually do, and I’ll say all the right words while doing so.” Can he talk to Biden or Harris or Blinken while the campaign is going on? Yes, but there’s no way he could have publicly said any of them said what he claims Hillary told him without there being an implicit election endorsement from the Biden Administration.

FR, you’re an idiot. Worse than that, you’re dishonest. Yes, it is absolutely 100% certain that she had neither of the intentions required to violate the Act. It is blindingly obvious, and you know it too; there is no need for any of us to have been on the phone. Your pretense that there is some possible doubt about it is transparent and shows what a liar you are.

That was a down vote big thumbs

Millstein, you sound a dumbass when you attack people with prejoratives. You even be a dumbass (we’ve never met). But why broadcast it?

FR, drop dead. You’re a liar and a bully and you have never once contributed anything of value to this forum.

Actually, Lieutenant Colonel Vindeman was on the call and he reported to Adam Schiff that she violated that and several other Nat Sec laws. Adam Schiff is preparing a transcript for the New York Times as I write.

Careful. Don’t disagree with milly too much or she’ll start spewing insults at you like a 4th grade school boy.

You can drop dead too.

Is Hillary going to be VP when Biden goes to the rest home?
Then Harris will have to watch her back or she may be suicided…

Is this the plan?

Hillary in the WH at last?

That would be up to Harris. If she becomes president she can nominate whomever she likes. And she can only become president in the first place if Biden dies, resigns, or is removed by impeachment; the 25th can only suspend him, and she would only be acting president, so there would be no vacancy in the vice presidency.

She may be compelled.

Compelled how? She’s the VP. Nothing can compel her.

Except the people controlling her. Considering how she got on the ticket , to say she is self-empowered is thin. Neither of them makes the real decisions… well.. unless they are really bad and then it;s Joe.

Who has Alzheimers, you or Biden?

“Compelled” – like in gansterism: we kill you if you don’t do what we say.

Because women are the key to the Liberal Party winning this election. Seriously, the only reason he’s gotten to where he is is because of his last name and too many women (not all of them) think he’s a dreamboat.

This election got called less than 2 years after the last election and more than 3 years before they needed to have another one, as an attempt to gain some more seats to get themselves into a majority government instead of the minority government position they’re in.

He’s losing his luster, though; his personal popularity is declining but the party thinks that a combination of throwing money everywhere, the adoring media, weaknesses in support of the Conservative Party in parts of the country and the fact its leader is a dead bore, and that the other 3 left-wing parties could split enough of the anti-Liberal vote on that side, means they could get away with this.

Notice how he mentioned they spoke about mutual concerns for Afghani women and girls. I’m concerned about them too, but specifically saying that means he is pandering for the women’s vote.

For heaven’s sake, the other day he spoke about the importance of “she-covery” after the “she-cession”.

When this scummy old POS Hillary Clinton gives a crap about ANYONE, that will be the day.

“The Trashing of Bill’s Accusers: What Did Hillary Do — and Why Did She Do It?:”

Junior is trying to follow his father’s footsteps, who also called an election 2 years into a minority government during his second term.

Why not drop a dime to SOROS since it’s his call.

She still had dreams of running for President again.

Am I the only one who believes that she deeply resents anyone else beating her to the presidency? I wonder what Hillary is willing to do about that?

Careful. Wondering about that is dangerous.

Sissy boy Justin wants to speak another female, who is also powerless.

Hillary is the one who wears the pants in her family.

The only difference between Trudeau and Creepy Joe is that the latter has caused more death and destruction than the former. They are both worthless, greedy careerists and embarrassments to their nations. On the other hand, they are both probably more smarter, more competent and more compassionate than Hilary Clinton.

Trudeau might be less sociopathic than Biden and Clinton, but complete sh-t running both the US and Canada.

How weak are we to have allowed this?

“What difference at this point does it make?”

My dream of dreams is Hillary Clinton saying that as her last words on a gallows.

And in response, we’ll just point to the PPV receipts and smile.

If I had to guess who is really running the White House,

Now we know who holds the strings and makes the Biden puppet dance.

Vile crone Clinton told Trudeau: “What difference at this point does it make?!”