“The vice president’s trip includes a stop in Vietnam amid an Afghan crisis that many have compared to the fall of Saigon in 1975.” 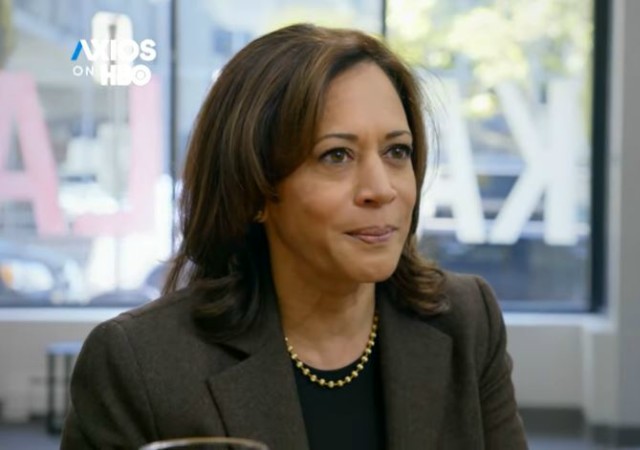 As the situation in Afghanistan continues to worsen, the Biden administration has decided to send Kamala Harris on a trip to Asia which will include a stop in Vietnam.

Do you think she’ll visit Saigon?

White House doubles down on Harris’ Asia trip amid Afghan crisis: ‘Many interests around the world’

The White House doubled down on sending Vice President Kamala Harris to the Pacific amid the unfolding crisis in Afghanistan, telling Fox News that the United States “has many interests around the world.”

The vice president’s trip includes a stop in Vietnam amid an Afghan crisis that many have compared to the fall of Saigon in 1975.

“There are no planned changes to the Vice President’s travel,” a White House official told Fox News on Wednesday. “She is being briefed regularly on the situation in Afghanistan and she and her national security team are actively engaged in White House and interagency discussions. While in Southeast Asia, she will continue to be briefed regularly and will remain actively engaged.”

“Given our global leadership role, we can and we must manage developments in one region while simultaneously advancing our strategic interests in other regions on other issues,” the White House official added. “The United States has many interests around the world, and we are well-equipped to pursue them all at the same time.”

Are we being trolled?

Honestly at this point I can’t tell if they’re punking us to see exactly how far they can push the tone deafness. It’s like they’re screaming F U America!

Kamala Harris going to Vietnam next week, after she and Joe presided over Saigon 2.0, is about what I expect from these clowns.

Joseph Curl of the Daily Wire draws another historical comparison:

The Biden administration apparently doesn’t know the meaning of the word “optics.”

With the Taliban takeover of Kabul, which prompted emergency flights out of Afghanistan, drawing comparisons to the fall of Saigon, Vice President Kamala Harris is heading to Vietnam.

“The prospect of Harris visiting Vietnam at this particular moment raised the possibility of the worst photo op for an American in that country since Jane Fonda donned a helmet there in 1972,” Fox News writes.

“When Harris arrives in Vietnam next Tuesday, after a stop in Singapore over the weekend, she will be the most senior Biden administration official to travel to Southeast Asia as the U.S. looks to support its allies in the region as they deal with China’s close proximity,” says Fox.

It really is like we’ve traveled back in time to the 1970s.

I am now convinced that the Biden WH hates VP Harris. I was pretty sure before but this seals it.

The Obama camp forced her on the Biden clan.

Wasn’t Kamala Harris mentioned in one of Hunter/TheBigGuy deals ?

Power hungry Jill certainly hates her. Fake doc Jill wants to remain FLOTUS and a behind the scenes stand-in for The Hologram. If Harris is installed by the Dem smoky backroom manipulators she will go back to being nobody.

I read someone somewhere speculate that Jill may think she can run for POTUS in 2024.

The media certainly was quiet about Jill injuring her foot on route back fro the Tokyo Olympics.

The seven scariest words in the English language:

“The fake doc will see you now.”

Jill Biden is a joke.

She had her chance on the world stage, and made a clown of herself – repeatedly.

I wish I were a late-night comedian.

In any other universe – this would be the golden age of comedy.

Those days, sadly, are a thing of the past.

The Biden wrecking crew doesn’t hate VP Harris nearly as much as he and his fellow leftists hate the USA, the US Constitution (the left loves the Soviet constitution, which they seek to impose on us), and Americans.

Now we’ll never stop hearing about how she’s “finally been to Europe.”

Nothing to see here folks,. Move along, move along.

I’m sure she has an important job over there. Unfortunately, Navin R Johnson’s letter home to the folks comes to mind.

Well, why not? The Biden* junta acts like they are beyond the reach of the proles (voters), and they may be right.

They are right. Their confidence in keeping Biden in the basement during the 2020 election was like Muhammad Ali’s rope-a-dope strategy against George Foreman.

But Trump wasn’t the dope. WE were. And we still are.

We are impotent against these tyrants at the “voting machine” ballot box.

Will she visit the Fonda shrine? The place where Hanoi Jane hopped on an AA gun used to shoot down and kill Americans and was photographed for propaganda purposes?

Why visit the same place over and over?

She’s probably been there and laid many wreaths over the years, but perhaps this time she will take Jane Fonda with her and forget to bring her home.

Probably as far as they could sent her while remaining on the planet Earth.

If she takes as long to visit there as she did to visit the border I will have my Christmas tree up before she leaves.

It’s obvious that they want to get her out of the country as fast as possible, but whoever in the White House is throwing darts at the world map sure has some terrible aim.

I’m glad she’s going to overseas. It must mean she successfully cleaned up the border mess. D’OH!!

Recent rumors say that Harris has been pressuring Biden’s cabinet to begin the 25A removal process. Lurking in the background and then backstabbing the person in her way is her MO and everyone was warned to expect it. She is as ruthless and cutthroat as anyone in politics. Pure blind ambition.

So now she is being assigned someplace far away.

Yeah. I was thinking something along those lines. The problem with the 25th Amendment is that it exposes the truth.

We could see the man had lost several steps. His own campaign kept him down in the ‘basement’ away from media. Trump mercilessly mocked him about this. The media did their best to obscure the facts of his decline.

Use the 25th Amendment to remove him less than 9 months into his term? That’s admitting what we knew and what they purposefully tried to keep hidden. I don’t think the establishment and the media can turn that trick.

Nah, they’ll just use the “he declined faster than anyone could have expected” excuse.
Same as they’re doing now for Afghanistan.
It was the trial run.

Yeah they don’t have a choice. However that’s not going to wash. They trot that out and tell the public that Trump was right about the ability of Biden to complete even the first year of his term?

The d/progressive, DC establishment and the media dug a huge hole in protecting Biden in the campaign and the first 6 months of his term. I don’t see that additional digging is going to help.

I guess if all you have is a shovel though……

Well, it’s obvious she is not related to Benjamin Button.

Her prophylactic botox, not as much.

Or the worst world leader since Atilla the Hun.

Biden is hiding out to avoid taking questions on the Afghan situation. Sending Harris out of the country is most likely because he doesn’t want her to answer any questions either.

We are at a critical juncture in US foreign relations, and both the Pres and the VP are essentially on vacation.

“.We are at a critical juncture in US foreign relations, and both the Pres and the VP are essentially on vacation.”

Surely you don’t mean to infer that before this they were both working?

Before this, they were at least showing up to hit their marks.

Sending Harris out of the country is most likely because he doesn’t want her to answer any questions either.

Yes, that’s true. But it could also mean that Biden is aware of the rumor that Harris is polling the heads of the executive departments seeing if there is any support for using the 25th amendment and this trip to Asia is just a convenient method of getting her out of the way for the time being until she can be properly dealt with.

She’ll be greatly disappointed – Viet Nam had already fallen to the COMMUNISTS so she can’t influence that. She may just be on a FACT FINDING MISSION to get the handbook on how their ONE PARTY RULE is maintained! I say we show good faith to the Taliban and do a ONE VP for ALL the other American hostages, er – visitors!

Sending Dumbo Harris will reassure our friends and frighten our enemies? What a joke