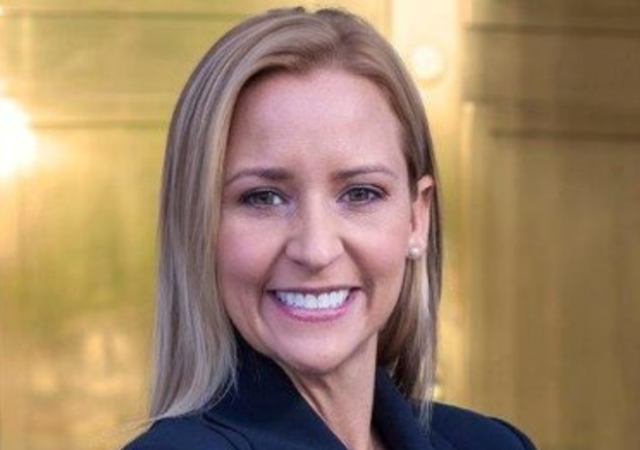 The Arkansas Attorney General Leslie Rutledge has issued an advisory Opinion that certain aspects of Critical Race teaching violate anti-discrimination law. It’s not clear that this opinion has the force of law, but it does reflect an increasing focus on how CRT is implemented through “antiracism” and similar practices that create racially hostile environments.

We previously covered how the Montana Attorney General Ruled Many Aspects of Critical Race and “Antiracism” Training Are Unlawful.

The Arkansas Opinion was issued in response to the following request from a state legislator:

Does the introduction of practices based on “antiracism” and critical race theory in Arkansas public schools and universities violate Title VI of the Civil Rights Act of 1964, the Equal Protection Clause of the Fourteenth Amendment, Article II of the Arkansas Constitution, or other applicable nondiscrimination laws?

The AG answered the question as follows:

The answer to your question is yes. With certain qualifications set forth below, instituting practices based on critical race theory, professed “antiracism,” or associated ideas can violate Title VI, the Equal Protection Clause, and Article II of the Arkansas Constitution.

What follows is an extensive discussion, including the history of CRT. Here are key excerpts from the analysis:

Any effort to take account of race in a way that differently accords benefits or opportunities or creates a hostile environment in an educational institution is almost certainly unlawful under the Equal Protection Clause and Title VI. This includes overt racial segregation or other discrimination, however well intended,38 as well as any form of racial stereotyping or scapegoating. 39 A racially hostile environment could also be created through curricula, instruction, or other programs or activities that communicate the following ideas: 40

The existence of a racially hostile environment “must be determined from the totality of the circumstances.”42 In many instances, instituting pedagogical practices based on critical race theory, “antiracism,” or associated ideas will violate the law. But it is important to note that the unlawfulness of such practices does not preclude teaching the history of racial injustice or our Nation’s longstanding and continuing efforts to realize what Dr. Martin Luther King, Jr. recognized as the dream expressed in our founding creed: We hold these truths to be self-evident, that all men are created equal. 43 Thus, the law does not prohibit teaching about the history of slavery, Jim Crow laws, the eugenics movement, and the Ku Klux Klan. Nor does it prohibit teaching about the Constitution and the abolition of the slave trade, the abolitionist movement, the Civil War, Abraham Lincoln and the Emancipation Proclamation, the Civil War Amendments, and the civil-rights movement. These are indispensable topics for history and civics education.

Critical race theory and “antiracism,” as recent developments, have very little to do with this history. That said, there may be some legitimate pedagogical uses of these ideas in the university setting. At a high level, for example, greater clarity might be gained by contrasting the civil-rights movement’s grounding in the Founders’ classically liberal vision of individual natural rights44 with critical race theory’s grounding in a broadly socialist vision of conflict based on group interest and identity. 45 Further, because a theory need not be accepted as an integrated whole, it is possible that critical race theory could generate discrete insights that may be useful for certain limited purposes.

So the Opinion does not categorically say that teaching CRT is violates the anti-discrimination laws, it focuses the how it is implemented.

Consider this further evidence of the increasing divide between red and blue states, something I noted in an op-ed in June at The Washington Examiner, Critical race theory school battles are deepening the red-blue divide.

Hopefully she has a bright future this is a major issue that we need to fight on and can’t afford to yield one inch.

Her remarks are a fresh breath of common sense. I don’t see how anyone could argue that her analysis is wrong.

They don’t need to argue it logically, they will just discount her opinion as being racist, and she is using her white privilege to oppress BIPOCs. It’s a one-size-fits-all response.

So true. They have no argument or justification for their anti-white bigotry. They just hurl names at opponents

For as much as Sarah Huckabee Sanders deserves praise and admiration, I think she’s going to have a hard time going up against AG Leslie Rutledge for the soon to be vacated seat of RINO Governor Ass Hutchinson.

AG Rutledge had spoken up and fought for Americans’ rights not just Arkansans’. She has my vote.

An approach so straightforward and logical that I’m surprised no one has tried it much earlier.

They were afraid of being canceled.

The problem is that woke teachers hide their CRT.

They claim they are “just teaching history” as they pursue their agenda.
Now they spin everything to be white = oppressor / black = victim.

My kid’s class was told to read a book for her High School history class – “Caste”
> The book makes the case tat there is a Caste system in the USA.
I told my kid – that is just warmed-over Bull Shit.
America has a highly mobile social system – where a poor kid can become President and/ or a billionaire. In a Caste-system – there is not mobility for those at the bottom
….> Of course the book calls whites the oppressors and blacks the “untouchables” victims

Comparing the USA to the caste system in India is FALSE. Another race-baiting Kendi exercise. — Actually, Kendi praised the book “Caste” but said it did not go far enough because it did not condemn capitalism.

TRUTH is they should be writing books that PRAISE the WHITE MEN who established America on the basis of the ideals of Liberty and Freedom. Unlike any other country in history. And created a foundation for the greatest economy and economic opportunity in the world.

This book – and many others are designed to instill racism and anti-Americanism but in a way that makes it seem academic and a study of history.

DON’T BE FOOLED BY THE SUPTERFUGE.

The race-baiters and other useful idiots who serve the Marxist agenda – will find ways to get their agenda into schools. They just want the whole CRT awareness to die down and they will go back to business-as-usual of indoctrinating kids.

Be aware – check your kids lesson plans and the books they are asked to read.

Actually if you compare social mobility to other countries the US does pretty poorly. In terms of social mobility many European countries do much better. Denmark for example has twice the rate of rags to riches type situations.

Ben Kent: Comparing the USA to the caste system in India is FALSE.

Well, it certainly was true, through slavery and then Jim Crow, the latter being in living memory. And while America has changed, there is no doubt that the history of castes in America has left an imprint on the culture.

CRT violates Title VI. The left fought tooth and nail for it now they ignore it?

Where did the article say they’ve abandoned it? I can’t find that.

Perhaps her AG opinion is the incubation of the concept that adopting and implementing certain CRT policies by public schools is a Federal crime (18 U.S.C. § 242, perhaps). Even more intriguing is the potential to extrapolate that criminal activity to a Federal hate crime (under 18 U.S.C. § 245, perhaps). No US Attorney would dare take on such a prosecution with Garland as the Attorney General, but many state AG’s have similar or parallel state criminal laws, including state hate crime statutes at their disposal. School board recalls and parent demonstrations at board meetings and schools may be the prelude to prosecutions.

Nor does it prohibit teaching about the Constitution and the abolition of the slave trade, the abolitionist movement, the Civil War, Abraham Lincoln and the Emancipation Proclamation, the Civil War Amendments, and the civil-rights movement. These are indispensable topics for history and civics education.

Not to mention the vestiges of discrimination that still exist in society today.