VIDEO: Prof Tells White Student if He Left His House Today, He May Have Oppressed Someone

VIDEO: Prof Tells White Student if He Left His House Today, He May Have Oppressed Someone 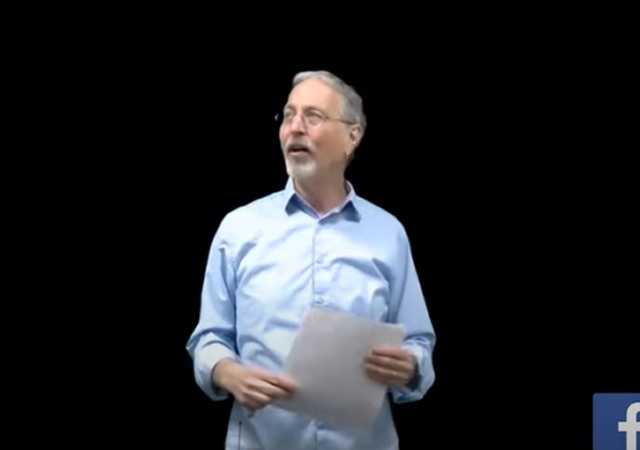 It’s just stunning that parents pay tuition for this. Do they know this is what they’re buying?

‘You may have oppressed somebody:’ Prof to White student who said he left his house that day

Sam Richards brought two students in front of the 700-student “SOC119: Race and Ethnic Relations” lecture in attempt to discuss privilege and discrimination.

Approaching a section of the lecture, the Pennsylvania State University professor said, “I just take the average white guy in class, whoever it is, it doesn’t really matter. “Dude, this guy here. Stand up, bro. What’s your name, bro?” The student, Russell, then stood up to face the class…

The professor then posed to Brian, the other student: “What White people would find that offensive?”

Richards asked, “What would they find offensive about it?” Out of “canceled” concerns, Brian hesitated.

Richards then asked Brian: “Who have you oppressed today?”

“You’re breathing. Have you left your house today?,” replied Richards.

“Okay, so you may have oppressed somebody,” Richards finished.

In short, the good prof would expect the accused student to metaphorically roll over and show his belly. He wound not be prepared for my answer.

Can you spell “Hostile Educational Environment?”

“Since you had ask me my name, you obviously don’t know me. And I’m fairly certain we didn’t have the same mother, so I’m really offended that you’re such a supercilious snot that you think you can call me “Bro.” How about I just call you Professor Arrogance for the rest of this term, okay? Now then, what were you saying about oppression?”

How about kick the arrogant professor in the crotch, and as he lay writhing in the ground, tell him, “Now I’ve offended someone today, and it was an asshole leftist dickhead who had the temerity to call me bro, thus triggering me by not knowing my preferred pronoun.”

Dude? Bro? Who the f gave him the right to address the student that way? He should be fired for cause. That is possible with tenured professors. He’d probably have to justify what he did in class, and there’s no justification for those names. They serve no educational purpose, just leak out his hatred.

Out-fukin-rageous … one … that prof deserves to get clocked for calling out those students and out right assuming that they were oppressors merely as they went about their day … two … both students went along with it and didn’t stand up for themselves.

“Prof Tells White Student if He Left His House Today, He May Have Oppressed Someone”

Somebody tell Harvey Silverglate that he has a no-sweat sequel to his book, “Three Felonies a Day.”

One of those two students need to have a discussion with FIRE. Mr. Professor needs to be held accountable for abusing students.

remember when the saying “My Future’s So Bright I Gotta Wear Shades” actually meant something?