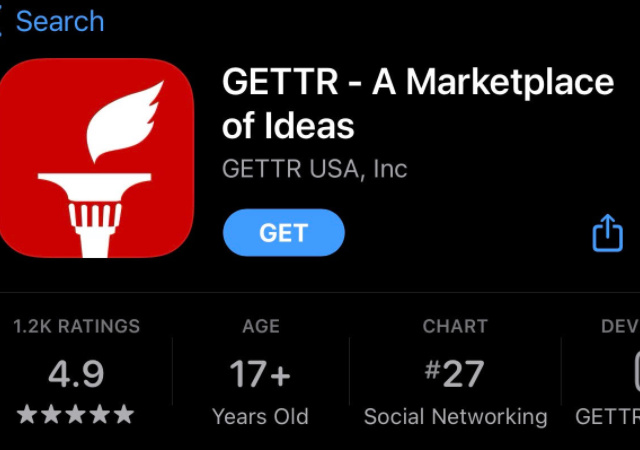 The platform is called “GETTR,” which Miller, the CEO of the company, told Fox News evolved from the idea of “getting together.”

“Let’s get together, we’re talking about a sense of community,” Miller told Fox News in an exclusive interview Thursday. “We think it will ultimately be a global platform—not just conservatives in the U.S.”

He added: “We want people from all political stripes to join the platform.”

GETTR is officially launching on Sunday, July 4 at 10:00 a.m. ET, but the platform is already in the App Stores.

Miller said people can use 777 characters in their posts. They can post “clearer pictures” and videos can last three minutes. The person can also edit the video in the app.

GETTR can import tweets, too:

Miller told Fox News that upon signing up for GETTR, users will have the option to “import their existing tweets into this new platform.”

“You can import these tweets so that your hard work, creativity, your intellectual property comes with you,” Miller said, noting it is a “one-time option upon creating your account,” and saying that the import does not link users back out to Twitter. 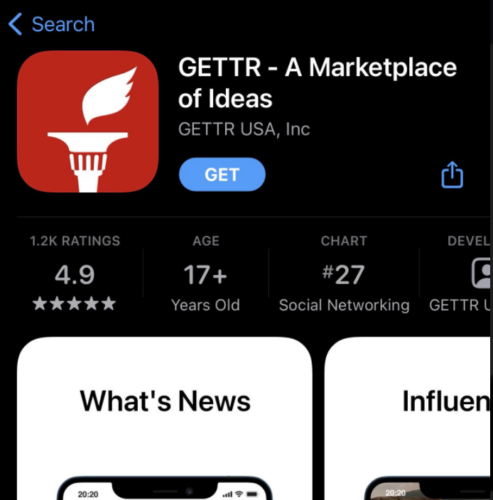 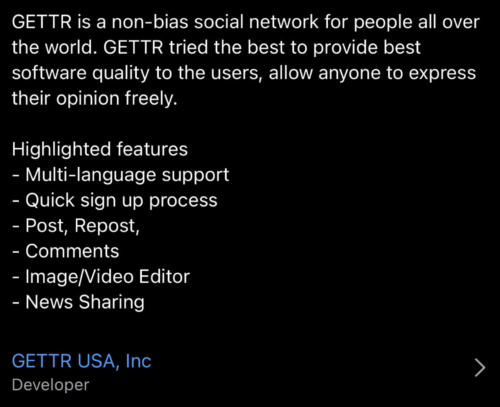 ….and it sounds awful limited. I’m using MeWe and love it.

Join me there in my Political/Opinion Groups:

I’m sure NSA, FBI, CIA and BATFE will not be keeping dossiers on the users.

I’m also sure I will find a Bösendorfer Imperial Grand under my Christmas tree this year.

They are hard to miss so I too am sure you’ll find it.

That’s probably true of this site, as well.

Mary, you never tell the reader who “Miller” is.

I know who he is, but he should be introduced in the article.

My Uncle Walter has a beautiful Bösendorfer Imperial Grand In his extra large dining rom and plays it sooooo beautifully!

The only piano I ever played was the player I pumped for the family as a youth. I played rather well with a fairly large repertoire (rolls).

Good exrcise for your fingers.

When I was searching for Gettr, I saw that liberal rags were already claiming that it is a flop. I bet that when this is fully operational, that will change to whining.

Is it just me or is this a terrible name? The first word association that it immediately made for me is “gutter.” After reading their explanation for it, the second word association was “get her.” I doubt either of these connotations is helpful.

I guess we will see if Trump’s popularity is enough to drive traffic to this site and remain there through the INEVITABLE teething troubles of any major new web platform.

“The first word association that it immediately made for me is “gutter.””

Well, that sure explains a lot.

Why is your mind in the gutter?

My first thought was, GETTR DONE!

I thought of that bit of something put in vacuum tube where the first time the heater came on, the “getter” got rid of the last remaining oxygen.

I thought GETTR would be a good name Kamala Harris’ platform. GETTR OUTAHERE.

What are the TOS? That’s usually the rub.

Gab’s terms of service are the most permissive I’ve seen out there yet.

Gab will do just fine up until Cloudflare decides they have violated the terms of their agreement and cuts off their CDN services. An poof! They’re gone!

What happens when they take it off the App Store?

I don’t like the name.
Trump already has the MAGA name/brand. Why pick a new one?

It’s not Trump’s, and it’s being reported he won’t be joining it. Not sure how true the reports are, though.

I also dislike the name.

What about the name FuzzBuzz?

As in “manscape?” Maybe not.

“Manscaping”. Dear me, who thinks of such horrors?!?

There are a very limited number of short domains left, So this may be a case of trying to match a name to an available domain name.

Hmmm and here I was thinking it stood for Get Her! 😉

Before my grandpa would take me fishing, we had to get some bait. He used a pair of wired probes which when stuck in damp earth and plugged into an electrical socket, made worms come to the surface. He called it his “worm getter”.

GETTR is such a terrible name for that web site. Then again, I’ve never purchased a domain name that days after registering the name, I didn’t think of something better.

Here’s hoping GETTR is just a place holder to test the waters and further development.

If it’s a serious venture, I’d think Trump and co. would be all about purchasing a better name;

No social media can be cancel free bc the worst consequences of cancellation are off the internet in real life. Sorry I wont be joining but at least hope they can hurt Facebook or Twitter

No one is joining this ill-conceived, stupidly-named non-Trump site. I have no idea what this Miller guy was thinking, but if Trump won’t even join it, no one else will.

I agree, I was going to join it, but not now.