“He was an award-winning teacher notorious for speaking truth to power — and for being unapologetically provocative in so doing.” 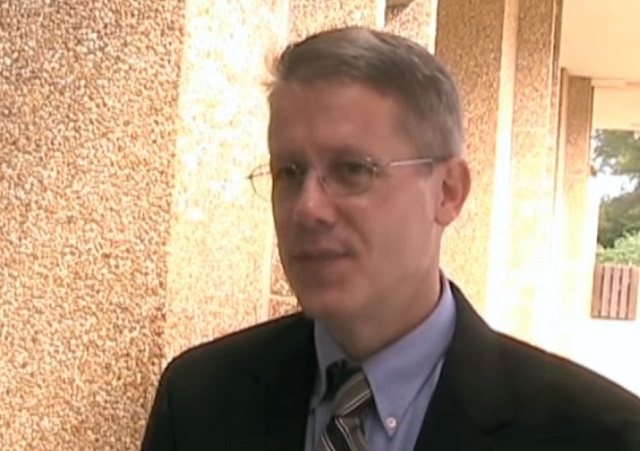 UNC Professor Mike Adams was a conservative and a champion for free speech. He took his own life a year ago, following a campaign of hatred against him led by students and other professors.

So a year ago, I learned that my friend killed himself.

My friend was a tenured professor in the UNC system, the Wilmington campus. He was an award-winning teacher notorious for speaking truth to power — and for being unapologetically provocative in so doing. It’s why the university tried to deny him tenure in the first place, and the court case that came out of it resulted in one of the greatest victories for academic freedom in a century. But instead of being celebrated, this triumph was deeply, deeply resented, since it meant academic freedom for Christian conservatives, too. For that is what Prof. Mike Adams was.

From that point on, the ongoing effort to get rid of Mike Adams by any means necessary was redoubled. Mike still sailed above it, a happy warrior. I never would have believed it, but even Mike had his breaking point, and when UNCW leadership buckled under one such attempt and forced Mike into early retirement, Mike had reached that point.

I heard it in his voice, and it scared me. But I thought when the settlement was finally agreed upon that Mike’s indomitable spirit was rallying. When he stopped answering his calls, I got worried again. Not about suicide, though; Mike would never do that. I was wrong.

Since then, I’ve wanted to write about it all. I’ve wanted to honor Mike’s memory. I’ve wanted to talk about how Mike helped people fight for their God-given rights against the powers and principalities of this world. It always made him powerful enemies.

Professor Jacobson commented a year ago:

WAJ adds: I’m not sure if I ever spoke with Mike Adams. For some reason, I think I did long ago, but regardless, he served as a source of strength for so many conservatives in academia under attack. Many readers recently have told me I really needed to contact him, but I didn’t. I now understand the pain of working with people who want to damage you personally and professionally, and I can only imagine how that stress affected him over many years. Rest in peace, Mike, you fought the good fight.

This was all so tragic.
They were relentless in their persecution.

Rest in Peace, Professor Adams. Their treatment of you and yes, even their gloating comments on your death are unconscionable and an indictment of who the Left really is.
This fight will not end until the Left fears our political and economic stength.
After over 50 years of worming their way into control over academia the road back to sanity will not be easy.
“All politics is local” must be the Right’s motto and step by step we must stand up and support candidates for local and state offices, (school boards, etc.) to include Governors, particularly if they appoint Regents.
We must detoxify our education system or our culture or country are lost.

This was very sad, and the perpetrators’ gloating over his death was infuriating. It showed what terrible people they are.

All of us must support those who have the courage to speak truth to power. Conservatives must unite and avoid factionalism that weakens the movement. We must get involved and back each other when the Dems, the tech oligarchs, and big business unite to cancel and destroy anyone who opposes their leftward march.

Mike Adams’ suicide was a terrible loss. Let’s do what we can to make sure there are no others.

People like Mike Adams are fighters – we don’t kill ourselves. How do you “know” that he killed himself? You don’t know. Isn’t it more likely that he was murdered? So stop giving cover to the murderer. For heavens sake, if you aren’t taking flack – you aren’t hitting the target. And we live to hit the target.