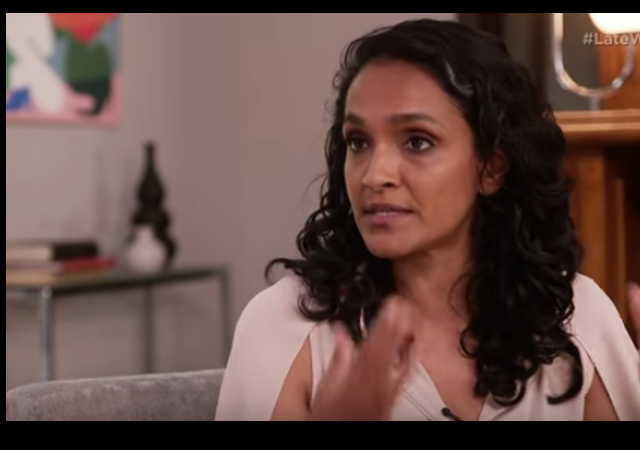 There is a new infection spreading through California almost as fast as the coronavirus delta variant…Recall Fever.

Now, the Los Angeles Office of the City Clerk has announced approval for a petition to recall Councilwoman Nithya Raman.

It was merely last November the area progressives touted Raman’s election as proof that socialism would be the next big thing.

Democratic-leaning as it is, Los Angeles moved a bit further to the left last week as young Jewish progressives joined like-minded activists to help a candidate supported by the Democratic Socialists of America win a seat on the 15-member City Council.

Nithya Raman, an urban planner from India in her first run for public office, defeated one-term incumbent David Ryu, in part through the campaign efforts of the DSA’s local chapter, which is heavily populated by young Jews drawn to her policy positions as an extension of values they say they learned early in their lives.

Raman, who won the endorsement of the U.S. Senate’s most prominent progressive — Bernie Sanders of Vermont — campaigned for more effective solutions to homelessness, more affordable housing, police reform and sanctuary protections for the city. She won 52% of the vote.

Despite Raman’s claims of implementing practical solutions for the homeless, it is that very issue that is a driving force in the recall effort. She even managed to inspire Allison Cohen, the publisher of the Los Feliz Ledger, to get on board with the effort.

So why this? And why now? Why jump head first into the deep end of local politics, against a first-term councilmember who’s barely been in office for half a year?

It was that homeless encampment on Berendo Street, near Hollywood Boulevard, Cohen said.

For months, residents complained that it had been taken over by a criminal gang, and the Los Angeles Police Department has confirmed it has been run by a group called La Mirada Locos.

“Renters and homeowners alike on North Berendo have begged, respectfully, for help since December for the situation, which deteriorates by the day,” The Ledger editorialized in April.

In May, Raman told ABC7 News that almost all the tents had been removed. The news report then showed a few homeless structures that were still there. As this situation developed, the Ledger criticized Raman for reportedly leaving early from meetings with constituents.

“I can’t count how many people have said, ‘We call, we don’t hear back,’” Cohen said.

Raman isn’t the only council member facing a recall either. Councilman Mike Bonin received a recall notice..for the same reasons.

The two have led an effort to replace the city’s mandatory encampment clean-ups with a more voluntary, service-based approach. Their motion to have the city develop a new method to replace the clean-ups, often referred to as “sweeps,” was unanimously passed by the City Council in April.

It will be interesting to see if recalls will target any more California politicos as this movement spreads.

She was just elected and you could have vetted her from any speech.

Now if we could just train California voters to trim the “elect a yutz only to recall him” step from their governance flowchart, we could see some REAL “progress.”

It’s revealing that voters who ‘elected’ lunatics like Gascon, this woman and the corrupt Newsom suddenly want their votes back.

If she is eventually recalled, even that won’t mean that her election was suspicious, it will just mean that some number, perhaps only a small number, of her supporters changed their minds since the election. But so far we don’t even know that.

Raman is apparently incapable of using her noodle.

I don’t understand the complaints. Voters elected Nithya Raman, who ran openly on a socialist platform promising MORE poverty, MORE homelessness, MORE suffering, MORE death. Those are the things socialists do best. Why are voters so bent out of shape after getting EXACTLY what they wanted?

“You mean she’s NOT really a Nigerian Princess?”

I honestly don’t believe either she or that Soros lunatic Gascon were honestly elected.

Because the poverty, homelessness, suffering, and death were supposed to be happening to the other people. Not the ones that voted for this lunatic socialist.

The ones complaining, and who signed on to this recall effort, probably didn’t vote for her in the first place. We’ll see whether the majority vote for recall.

Why do real estate owners have to comply with zoning laws while “urban campers” do not?

Because what do you threaten them with, property liens?

She is not out of office yet. Do you think the leftists will allow that to happen? Watch for all kinds of unethical and dishonest Democrat actions – they are experts and they fear truth and facts.

This woman is petitioning the city of Los Angeles to build low-income housing right smack in the area of the largest tourist attraction in California: the Hollywood Walk of Fame.

Reading about the insanity in CA makes me feel pretty normal by comparison. Not a Socialist.

Just in passing, does anyone believe in the legitimacy of any vote count in any Democrat ruled area? They count the votes. No Leftist can be removed.