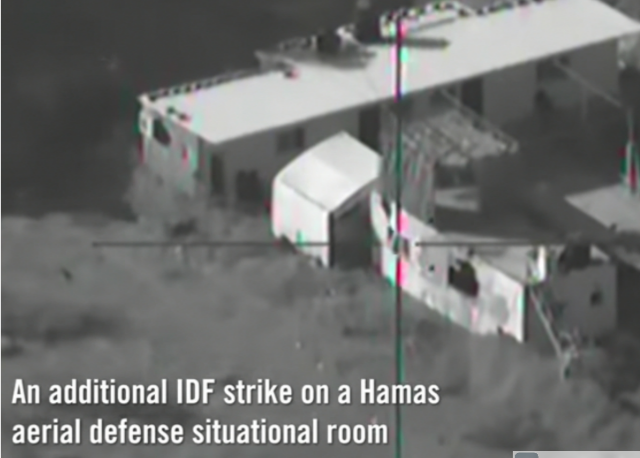 Israeli military used artificial intelligence-guided drone swarms to locate and eliminated terrorist targets during the recent Gaza conflict. The Israel Defense Forces (IDF) deployed “flocks of drones” that were capable of communicating with each other to spot and destroy Hamas rocket launch sites, Israeli media reported on Saturday.

The AI-based drone technology was apparently one of the reasons why the IDF was so successful in pinpointing its strike against Hamas and allied Palestinian terrorist groups, and avoid civilian casualties during the 11-day conflict in May — a fact even acknowledged by Israel’s usual detractors. Gaza head of the United Nations “refugee” agency (UNRWA), Matthias Schmale, admitted that Israeli strikes were “precise” and “sophisticated.”

This is probably the first time such a technology has been used in a combat situation, media reports suggested. The IDF kept the details of the operation classified during the fighting, but has since released the information.

The Times of Israel reported the used of smart drone technology:

The world saw a taste of that emerging military technology [i.e., drones guided by artificial intelligence], albeit a limited one, in May during the 11-day conflict between Israel and terror groups in Gaza, when the Israel Defense Forces used flocks of drones over the Strip to spot rocket launches by Hamas and attack those sites in what appears to be one of the first significant, publicly acknowledged real-world use of the concept.

The military’s use of drones in this way was initially kept classified during the fighting, but has since been permitted to be published in part. (…)

In a bid to prevent these attacks, the military worked to develop new methods of locating launchpads, which Hamas and Islamic Jihad had buried and hidden throughout the Gaza Strip, in schoolyards, home gardens and otherwise deep within civilian areas. For the first time, the IDF’s artificial intelligence capabilities were brought to bear on the issue, helping human analysts interpret a vast amount of satellite and aerial surveillance imagery to locate the launchpads, some of which were built to be used multiple times. This led Israeli Military Intelligence to declare the Gaza campaign the world’s “first AI war.”

In one use of artificial intelligence, the Israeli military deployed small flocks of quadcopter drones over the southern Gaza Strip with each device monitoring a specific patch of land, The Times of Israel learned at the time. When a rocket or mortar launch was detected, other armed aircraft or ground-based units attacked the source of the fire.

According to the Walla news site, the drone swarms were used dozens of times during the fighting by an until-now classified company of the Paratroopers Brigade, based on concepts developed by the IDF’s experimental Ghost Unit, which is tasked with trying out and creating new tactics and fighting styles for the military.

“After a year of preparation and exercises, the situation came and the aerial detection system is able to find the enemy and destroy it and bring the operational achievement we are looking for,” the company commander, who for security reasons can only be identified by his rank and first Hebrew initial, Maj. “Mem,” told the outlet.

“We conducted more than 30 sorties with the drone swarms, which collected precise intelligence and assisted other drones to carry out attacks on the targets,” he said. [emphasis added]

The revelation made by the IDF once again highlights Israel’s use of technical ingenuity to effectively target terrorists while protecting human lives on both sides of the conflict. The Jewish State has not only invested heavily in defensive technologies such as the Iron Done missile defense system, but employed warning systems like the ‘roof-knocking’ procedure that uses non-lethal explosive charges to warns civilians in the vicinity of a terrorist target of an impending hit. The IDF also individually calls and sends notifications to cellphones around the target zone ahead of a strike — thereby giving up on the element of surprise and allowing the terrorists to flee as well.

While the IDF is willing to give up strategic advantages in order to save Gazan lives, Hamas and its allied terrorist groups fired thousands of rockets during the May conflict with no regard for human lives on either side of the border.

Out of some 4,500 rockets fired by Palestinian terrorists in the latest round of fighting, an estimated 680 fell short and landed inside Gaza. They were responsible for over a third of the reported Palestinian casualties during the conflict — a fact glossed over by the mainstream media, which preferred to peddle its usual anti-Israel narrative.

Is this what’s coming if we don’t take a knee for the regime?

That was my second thought. Evil results in technology development which can be used by evil.

Matthew 24
21 For then there will be great tribulation, such as has not been from the beginning of the world until now, no, and never will be. 22 And if those days had not been cut short, no human being would be saved.

Virtually anything can be used for good or evil. One example being that schools were used for good until recently, and now they are being used for evil. Those who cannot or refuse to learn are doing their best to stop those who can and want to learn.

Expect to see more drone warfare as the years go by. They’re *cheap*, efficient, and best of all: using them minimizes the risk to your own people because you are sending fewer of them into harms way.

Cheap: in regards to finding, training, housing and fielding a soldier or team of soldiers to do a similar job.

I can watch this kinda stuff all day.

I don’t understand the AI involved in this. They have a bunch of drones that watch for drone launches. They report to the Israel’s who use that info to strike the launch sites.

I imagine the use of AI is related to the analysis of the video feeds and other sensors on the drones (infra-red, etc). In a more traditional setup, you’d have human beings viewing the video feeds and determining where rocket launches are occurring. With an on-board computer analyzing the feeds, the drones themselves can detect the signature of a rocket-launch in real-time, thereby responding much more quickly, and at larger scale (you don’t need a set of human eyes on every drone feed).

The specific AI is most likely geared at detecting the “signature” smoke plume / heat plume related to a rocket launch.

Mind you, this is pure speculation, albeit from someone who has worked on numerous commercial software products that utilize AI and predictive analytics.

IDF is doing it right. Unfortunately if Nancy Pelosi gets this tech, she’ll spy on all of us non-criminals.

Therefore, all Republicans are criminals, and the NSA should be spying on all of them just like Obama had them spy on Trump.

Please don’t refer to Israel as a Jewish state – that’s a racist position adopted by extremists in Israel that denigrates and disenfranchises the sizeable non-Jewish population there.