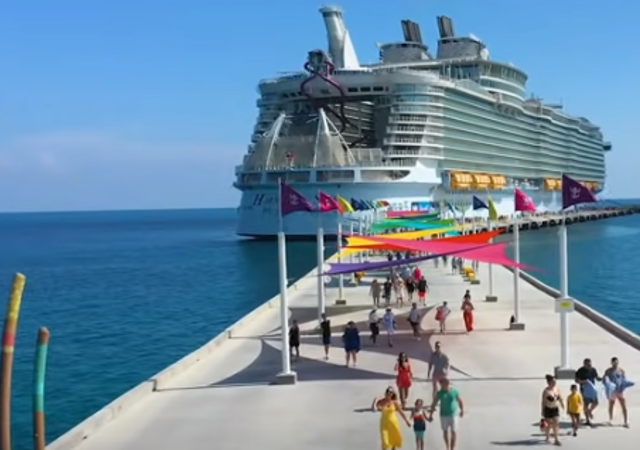 A U.S. appeals court has blocked federal Covid-19 restrictions that had vastly cut back the number of cruise ships operating from Florida’s ports.

The decision was a win for the state, which filed a lawsuit arguing that restrictions imposed by the Centers for Disease Control made it very difficult for the industry to get going again, after it was shut down for nearly 16 months.

The decision applies only to ships leaving from or arriving at Florida ports.

Earlier Friday, lawyers for the state had asked the U.S. Supreme Court, in an emergency appeal, to block the restrictions. That request now will most likely be withdrawn, because the appeals court gave the state the legal relief it had sought.

There was a lot of drama associated with this ruling. The appeals court reversed its own earlier ruling that would have permitted CDC to enforce restrictions.

The 11th Circuit Court of Appeals in Atlanta had voted 2-1 to block the lower court’s order on Saturday but has now changed that ruling allowing that order to stand, according to Reuters.

“Well this is … odd,” Legal analyst and professor Steven Vladeck tweeted. “The Eleventh Circuit, entirely on its own, has reversed its decision from Saturday night and put *back* into place a district court injunction against CDC’s cruise ship restrictions. Earlier today, Florida had asked #SCOTUS to reverse the Court of Appeals.”

Vladeck added that the district court’s injunction now takes precedence and the CDC rules are “back to being voluntary.”

Meanwhile, in Alaska, the first cruise ship docked in Sitka just as the port town was experiencing a COVID outbreak.

The first large cruise ship of the season arrived in Sitka on Wednesday. It was also Alaska’s first port call by a big cruise ship since 2019.

Serenade of the Seas’ arrival coincided with a major coronavirus outbreak in Sitka, but that didn’t seem to affect the number of passengers visiting town — all of whom were vaccinated, except for children. There simply weren’t that many of them.

…The arrival of the Serenade of the Seas is the first of around two dozen cruise ship calls scheduled for Sitka between now and the end of September, although many late season ships cancel when the weather worsens on the outer coast.

‘“Well this is … odd,” Legal analyst and professor Steven Vladeck tweeted. “The Eleventh Circuit, entirely on its own, has reversed its decision from Saturday night…”

In the right hands, the Epstein Files can be a powerful force for good.