“A growing swath of House Democratic candidates says the party needs to radically improve its heartland appeal to have any hope of keeping power in Washington.” 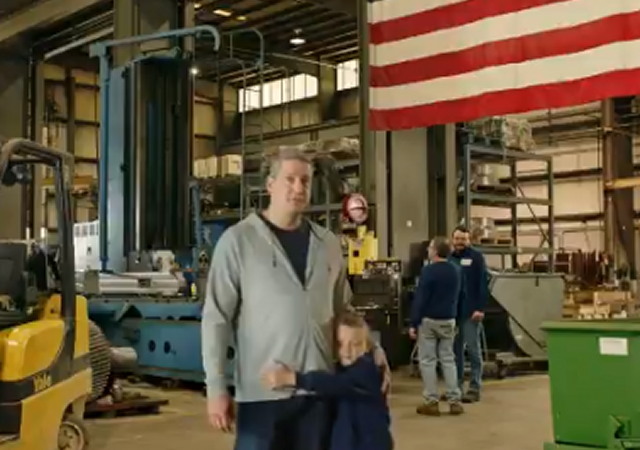 The 2022 midterm elections are now a little over a year away. How do Democrats feel about their chances?

They’re so confident that some of them left their party ID out of their ads.

They apparently believe rural voters won’t be able to figure out that they’re Democrats. Alexi McCammond reported at Axios:

A growing swath of House Democratic candidates says the party needs to radically improve its heartland appeal to have any hope of keeping power in Washington.

Why it matters: With control of the House and Senate on the bubble, many ambitious Democrats — from the South to the Midwest to the Rockies — are running against their own national party’s image.

What’s happening: After four years of listening to President Trump, many rural voters are reflexively distrustful of progressive solutions to everything from the pandemic to infrastructure.

What we’re hearing: Democratic strategists are advising candidates in states like these to refrain from “fancy” language, and focus on populist economic policies.

Case in point: In Montana, where Republicans have held the state’s only U.S. House seat since 1997, Democrat Monica Tranel is seeking a second seat Montana is picking up from new census results. Her ad declares: “So many people I grew up with don’t vote for Democrats anymore.”

Where on earth do rural Americans get the idea that Democrats look down on them? Maybe it’s because they do, as illustrated in this now famous clip of never-Trumper Rick Wilson yukking it up with CNN’s Don Lemon over those dumb rubes in flyover country.

The media hardly ever hides their contempt for @realDonaldTrump supporters but this clip is featuring CNN’s @donlemon, The New York Times’ @WajahatAli, and @TheRickWilson is ludicrous.

This is one of the most offensive segments I’ve seen in a while.
pic.twitter.com/CknQQZ5idR

Now let’s take a look at the ads mentioned in the Axios article. First up is Tim Ryan of Ohio. This ad is all about family, jobs, workers, the economy, football, and imagery straight out of middle America. No mentions of BLM, defunding police or the Democratic party.

I'm running for U.S. Senate to fight like hell to cut workers in on the deal. pic.twitter.com/O1hkLdS1up

Monica Tranel is running in Montana. Her ad says explicitly that she is a Democrat, but the ad is all about hard work, family, farms and ranchers, sports, achievement, and on and on. She also claims Democrats are the party of the middle class. This could easily be changed into an ad for a pro-Trump Republican.

I’m Monica Tranel. A two time Olympian & mother of three who has spent the last 20 years fighting for Main Street Montana. Today, I’m launching my campaign for Montana’s NEW Congressional seat to bring a strong Montana voice to the U.S. House and fight for all Montanans. Join me:

Democrats are really hoping no one remembers anything from the last two years. Funny how none of them are highlighting riots and burning cities in their ads.

I notice the last cycle the local libs pulling this. that’s why you always vet your candidates.

Ryan also thought he could be speaker of the house, that didn’t last long and he fell right back into line , kissing the feet of pelosi at every turn, his failed presidential campaign lasted about as long as the harris campaign.
he is an oversized bully who caves the first moment of being challenged.

Yet another episode of “Name That Party”!

That’s ok, the rural folks have a way to find out these things….

THEY CAN’T WIN UNLESS THEY LIE

You will not hear a word about BLM, Teachers unions that kept your kids out of school, Open borders, Anti-White racism. Deals with IRAN.

And trying to replace it with an imported lower class that they control and that will always vote heavily Dem.

My Montana republican TV ad would decontextualize the hell out “They feel like Democrats look down on rural America,” she [Tranell] says.

“‘Democrats look down on rural America, and I supported them,” says Democratic HoR Candidate Monica Tranel,’ and force her to explain why she was compelled to make the claim.

The vile Dhimmi-crat apparatchiks’ credo — happy to wave an American flag and to profess an alleged love of the U.S., during the campaign and on election day, but, gleefully bashing the U.S. the rest of the time.

You’d have to be a fool to vote for any Dhimmi-crat, rural or ruban, after witnessing what these idiots have done to the country over the past fifty or sixty years. Dhimmi-crats are all neo-communist totalitarians, at heart.

If you see a political ad and it never mentions a party, even in the fine print – it’s a Democrat.

I’m in the deep South and Jaime Harrison was running for the Senate against Graham in 2020 and had a lot of ads running. Lots of family values in the ads. Nothing out of the ordinary. “I’m against crime. I’m for clean water. My poor daddy’s healthcare…” Stuff no one could say anything bad about.

I began to notice that not a single ad said whether he was a Democrat or Republican. I had never heard of him before, so, I did a search and sure enough, Democrat. Radical Democrat at that trying scoot into office without mentioning any of his nutty positions.

AND now he’s Chair of the DNC! Soon all of America will get to know that baby-faced jackass!

Dems all over the country have been hiding what they really are (socialists and Marxists and communists) and what they intend to do (create a one party leftwing fascist police state) for at least four decades.

Now in some places they are even trying to hide that they’re Dems.

And they can’t even do the usual leftist trick of changing their name to shed the stench.
It almost killed Acorn. It would end the Democrat party for good.

The execrable “La Raza” also changed its name to something that didn’t smack of such overt racial supremacism. The vile Dhimmi-crats are good at changing the packaging, but, the product contents are still as rotten and corrosive as ever.

It’s also an issue in local, so-called non-partisan elections. Especially if there is no on-line presence you can use to judge the candidate you’re left to decide who to vote for based on the information that IS available. In many cases, all you end up with is just a name on the ballot. Unfortunately, you can’t always rely on your local Republican Party to endorse a conservative candidate.

Tim Ryan is “running for the U.S. Senate to fight like hell to cut workers in on the deal”.

He’s currently serving in the House of Representatives. Is he implying he hasn’t actively been doing anything about that in the elected office he currently holds? Or that he only way he can do anything is to be elected to the Senate because as a Congressman he’s worthless?

There should be no “deals” in DC to be cutting people in on. We really need to wipe the slate clean and start over with the same Constitution.

Stolen to make a T-shirt.

Send me a photo.
And royalties.

When the dialog between and about the candidates starts, you can bet bucks that the Republican opponents and the (so far) uncompromized news outlets are gonna beat the “He’s a Democrat who wants to tank your way of life” drum long, loud, and heavy. They’ll never be able to keep their heads down far enough to hide completely.

Should be fun to watch. Pass the popcorn.
.

They have been doing that in SC for over ten years.
When I get a campaign “glossy” in the mail, and the candidate doesn’t list a party affiliation you know they are a Democrat.
I like to call the number listed on the glossy and ask for their party affiliation. The cheeky person that answers the phone always hems and haws before admitting the D affiliation. I then ask why do they insist on mass mailing glossy ads printed on 30# bond with zero recycled content to 30,000 homes when their party is supposed to be the “green” party.
That really trips them up.

When you are a member of THE Party, Tovarisch, the Party ID means your vote gets counted as many times as necessary for the Party to win.

The Dems out in rural West-of-Austin get mad when Republicans identify themselves as Republicans. The voters then wonder why the Dems are hiding the Party they are so proud of. I still see Trump signs and the few Biden signs were down right after the “election.”

There are very few Democrats in the state legislature of South Dakota, I wonder if I can go live there

Evan Bayh was well known for doing this.

Nothing new about it for democrats in Hoosierland

“When your only tool is a hammer, everything looks like a nail…”
I love how these corpulent parasitical consultants are forever going on about ‘messaging’ (no one outside politics ever used that word) as though the substance of policies is irrelevant.
And of course, to have an effective message, one must hire savvy messengers.
But as the old song says:
“words of love, soft and tender, won’t win a girl’s heart anymore…”

Wal shucks, whut else would they do. They lie and sure as shootin they’s gonna lie about who they are ‘cuz they know we’s clingin to our guns and Bibles.

OK, enough of the crap speech the Socialist/Communists believe many of us use. For quite a while they haven’t been including Party affiliation in lots of races (can we say that word now?) here in Texas. Guess they think we aren’t capable of figuring that out.

This is pretty dishonest. When you elect someone to the legislature, the MOST IMPORTANT thing is which TEAM they’re on. There are two teams that matter, Republican and Democratic. A member will vote with their team about 99% of the time, and maybe the exception is just to show bipartisanship or independence when coming up for reelection, in a vote that the party leader figures they don’t need them for.

They should really forget all the personal stuff and might as well run robots. No offense to congresspeople, but they are little more than party team members.

That has been going on for decades. A reporter just noticed it? So, sad!