Reports now feature news of a 90-year old woman who died from COVID-19 having the first recorded case of contracting two variants at same time.

The Centers for Disease Control and Prevention (CDC) reported the coronavirus delta variant is the most dominant strain in the United States. It represents over 50% of cases across the country.

Pfizer and BioNTech announced Thursday that they are developing a booster shot to target the delta variant. The authorized Covid vaccines appear to work well at preventing severe disease, hospitalization and death from the delta variant. But pockets of the country remain unvaccinated and therefore at risk.

A new study shows that the complete 2-dose set is proving effective in protecting against this particular variant. A minor surge is occurring compared to last summer.

While data show that the Covid-19 vaccines available in the U.S. are effective against the variant, a study published in the journal Nature on Thursday suggests that it takes both doses of either the Pfizer Inc.-BioNTech SE or AstraZeneca PLC vaccines to create that protection. One shot barely protects against the Delta variant, the study found, and natural immunity as a result of infection was less protective against Delta than against the Alpha variant, which was previously the dominant U.S. strain. The Delta variant is also resistant to some antibodies manufactured as treatments. The study didn’t evaluate the Moderna Inc. or Johnson & Johnson vaccines.

…Despite the rising numbers, epidemiologists say they expect a smaller surge now compared with those last summer and this past winter. The young are at highest risk: Vaccination rates are low among young adults, and children under age 12 aren’t yet authorized to receive the vaccine.

When children go back to school this fall, “the burden of disease will shift to children in a way we haven’t seen before,” said Caitlin Rivers, senior scholar at the Johns Hopkins Center for Health Security.

Children generally become mildly ill with Covid-19, but some do experience complications, quarantines are disruptive and clusters of infection in schools can lead to outbreaks in the wider community, Dr. Rivers said.

New reports are coming out about the “epsilon variant,” which scientists observed in California during last winter’s surge.  Epsilon cases have been widespread in the United States and reported in at least 34 other countries. A new study recently published in Science aims that the Epsilon variant can completely escape lab-made antibodies and reduce the effectiveness of the antibodies generated in the plasma of the vaccinated people.

In an international project led by the University of Washington in Seattle and Vir Biotechnology, scientists visualised this variant’s infection machinery to see what is different from the original configuration of the pandemic coronavirus, and what the implications of these changes are.

The researchers found that the Epsilon mutations were responsible for rearrangements in critical areas of the spike protein; electron cryomicroscopy studies showed structural changes in these areas.

And while the press continues to push the public to get vaccinations and boosters, reports emerged of a 90-year old dying….infected with two variants.

A 90-year-old Belgian woman who died from COVID-19 in March contracted both the UK and South African strain simultaneously, researchers said at a press conference on Sunday.

Her case, which was discussed at this year’s European Congress on Clinical Microbiology & Infectious Diseases (ECCMID) as part of Belgian research, is believed to be the first of its kind.

The woman, who reportedly was not vaccinated, got sick in March and was treated at a hospital close to Brussels, according to Belgian broadcaster VRT.

Of course, the reports do not emphasize that the elderly are more vulnerable to the severe health effects of coronavirus infection. 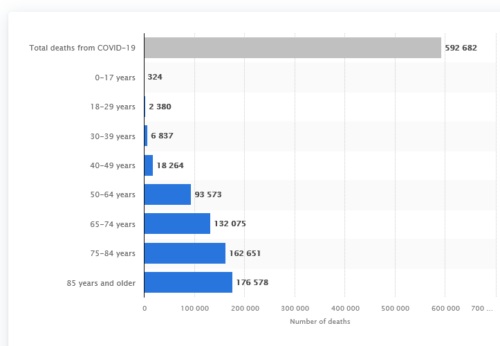 Coronabros everywhere are running for cover.

Head for the hills!

What comes after omega?

We start with Roman numerals. That should keep us busy for a while!

The CDC lumped in the annual influenza infections into the WuFlu numbers this year. Is it possible that these variants are just the common cold (a pre-19 covid virus) being counted? Besides, the delta variant seems to be about as dangerous and the history of viruses is that they get less dangerous as they mutate into more infectious variants. Sounds like the common cold to me.

Cheer up – there are only 24 letters in the Greek alphabet. After that, they’ll go to Roman numerals or something. Gotta keep things as esoteric and mysterious as possible.

“the burden of disease will shift to children in a way we haven’t seen before,”

What a load of shit, as anybody who has every had young children in school knows. Schools crowded with young kids have ALWAYS been petri dishes.

The WuFlu actually saved kids lives because I’ll wager than many fewer died in drowning accidents while they were locked in the house all summer.

Having four younger brothers and sisters, three children of my own and seven grandchildren–two of which I have been privileged to live with: school age (especially early grades) children get EVERYTHING. Especially respiratory viruses. They are sick for a day, maybe two, and are good to go. YOU get it from them, are sick for a week. Usually by the time you have recovered, they come home with the next one.
It gets better about the time they become teenagers–which carries a whole raft of different problems.
Wouldn’t have missed a minute of it. Well….maybe some of the teenage stuff. Even there, I have been lucky, so far. Knock on wood. Only a couple times did I wonder about my pro-life beliefs.

Delta appears to be more infectious than Epsilon (and Alpha), and has roughly 1/8 to 1/10 the lethality of Alpha. When Delta meets Epsilon, Delta appears to prevail. And none of them kill kids. These people are trying their hardest to keep the panic alive by intentionally focusing on the wrong things.

Science should do its part to push back against rumor mongering but we tend to take the approach that the positives of publicity for research funding and societal awareness outweigh the downside risks.

Much of science depends on government money. That means scientists have to please the bureaucrats who sign their paychecks.

This problem is especially acute in universities. Your ability to get tenure is based partially on how much research money you can bring in. If the bureaucrats are mad at you, then bye-bye funding – and with it any career you might have had in academia.

Mention anything near the truth about virology and data analysis and you’ll never get tenure.

I can’t wait for the Delta Tau Chi variant. That’s when we go on ‘Double Secret Probation’.

Joe Biden: “It’s time for someone to put their foot down, and that foot is me!”

They will combine two variants, the Alpha-Beta China virus variant

This will never end until we start ignoring these idiots. They already have the next ‘scare’ on deck: the Lambda variant
https://www.livescience.com/lambda-coronavirus-variant.html

Love makes the world go around

All Whites are racist

Not yet. About 10 minutes after Jeff Bezos blasts off into space.

Politicians are addicted to the control.

EXACTLY as predicted. I even predicted what they were going to freaking call it.

Stand by for the Gamma variant next.

They’ve skipped ahead to Lambda.

“The young are at highest risk”… *looks at the stats*… No, they really aren’t. The vaccine side effects are more dangerous to healthy young people than COVID has been

Just checking the weekly CDC death list… seems Diabetes kills more every week than COVID does. Alzheimer’s did too… not to mention the much higher numbers dead by cancers, heart diseases and Chronic lower respiratory diseases. COVID as a “pandemic” is pretty much over, now it’s just another, albeit rougher, flu.

Covid is scarier if we keep the running total going year after year.

I think we’re ignoring the obvious threat here, that the Greek alphabet wants to kill us all.

“But pockets of the country remain unvaccinated and therefore at risk”

Don’t go using any of that imperialist Western logic stuff.

How does the conclusion not follow? Vaccination makes the risk of far less therefore areas with a low rate of vaccination will have a higher risk of Covid.

The premise that vaccination reduces risk is not proven. If it were, frauds like Fauci would not still be warning that multiple masking for vaccinated people should be required.
This entire magilla is a welter of fraud and deceit. When one does not know what to believe, the safe course is to doubt everything.

“The premise that vaccination reduces risk is not proven. If it were, frauds like Fauci would not still be warning that multiple masking for vaccinated people should be required.”

Well the scientific evidence is that the vaccine is highly effective (new strains not with standing).

Fauci’s warning is in context of low vaccination rates which are around 40%. That leaves 60% who are in effect unprotected.

“Fauci’s warning is in context of low vaccination rates which are around 40%. That leaves 60% who are in effect unprotected.”

You a little low on the US “vaccination” rate which is a little over 50%. When you look at actual high risk population cohorts, the rate is over 70% Remember children and younger Americans are still, and rightly, not being “vaccinated” in large numbers.

Also remember that large swaths of the population will also have natural immunity derived from previous infection. Some of these will have been nonetheless and unnecessarily “vaccinated.” However, the false positive rate amongst the population is likely very high due to misapplication of PCR testing, and I have seen no good data measuring general infection rates via seropositive or antibody test results. Nonetheless, rates of natural immunity are likely higher than reported “cases” However, if you add those with naturally derived and “vaccine” derive immunity, the immunity rate in the US is very high.

They say the Delta virus is less dangerous. It likely it is in an of itself, but the lower case fatality rates are likely due to it infecting a younger, healthier unvaccinated population that has better disease prognosis and outcome, and “vaccinated” people suffering reduced illness as a result of the “vaccine.”

It is nothing to panic over, and the population seems to be accepting the risk of disease reasonably well and in accordance with its risk profile.

That’s largely true yes, I would point out that something like 99% of new infections are within the unvaccinated population.

The young are not at “highest risk”, that’s an outright lie. They are at by far the least risk, and that risk is not meaningfully improved by the covid vaccine.

Clearly this is not a good time to be a 90-year-old woman in Belgium.

It’s always tragic when a life is cut so short. She had at least three more weeks to look forward to.