U.S. Has Lowest Trust of Media In 46 Countries Surveyed, According to Reuters Institute Report

U.S. Has Lowest Trust of Media In 46 Countries Surveyed, According to Reuters Institute Report

The victims — the general public, particularly “on the right” — will be blamed, for not understanding or appreciating what they are being served. 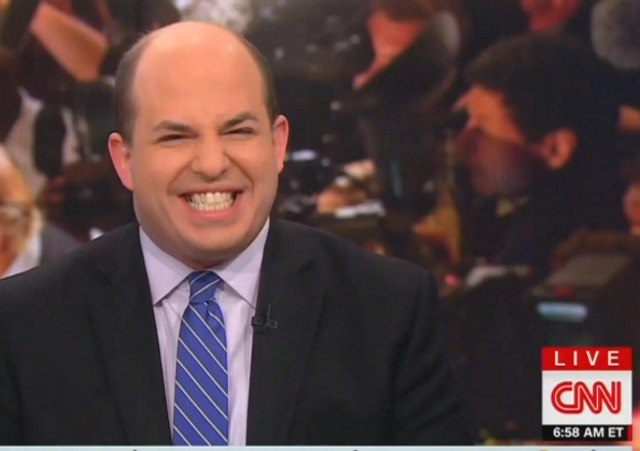 As a collective industry, our mainstream corporate predominantly liberal and leftist media is manipulative, arrogant, elitist, demeaning, smug, and manipulative (but I repeat myself).

It’s no surprise that a just-released Report by the Reuters Institute and the University of Oxford finds US ranks last among 46 countries in trust in media:

The United States ranks last in media trust — at 29% — among 92,000 news consumers surveyed in 46 countries, a report released Wednesday found. That’s worse than Poland, worse than the Philippines, worse than Peru. (Finland leads at 65%.)

The annual digital news report from the Reuters Institute for the Study of Journalism at Oxford also found some improvement in trust in nearly all the countries surveyed — probably thanks to COVID-19 coverage — but not in the U.S. where the low rating was flat year to year.

One explanation, though not necessarily the only one, is the extreme political polarization in the U.S. This study, like many others, found extremely high levels of distrust — 75% of those who identify as being on the right thought coverage of their views is unfair.

The victims — the general public, particularly “on the right” — will be blamed, for not understanding or appreciating what they are being served:

Like some kind of pathological narcissist, when you show corporate media stars these facts — you inspire more distrust than every media in **46 countries** surveyed — they will insist it's the fault of those who distrust them: they're dumb, manipulated, primitive, racist, etc.

This is an interesting finding, but:

1) The US has basically the same level of media trust as many other advanced democracies, like France and South Korea

2) The partisan numbers suggest that anything unique about the US is explained by the right's decades-old war on media pic.twitter.com/6xLTpLZJvY

It’s not that the other 45 countries have better news industries, it’s that they have a more gullible public.

Or it could be the media in places like Denmark, Portugal, etc., actually cover news in a way that leaves fewer people suspicious or feeling attacked. Smaller populations might make that easier.

Also, Brazil fares well. But they also have for years been pretty aggressive covering the elected leaders, Rousseff earlier and now Bolsonaro. It’s just a matter of the fact media didn’t “like” them, though, and not journalistic integrity.

And if Americans’ trust of the news industry has plummeted in recent years it’s not that the industry has become less trustworthy, it’s that the public has become a bit smarter. We’ve a way yet to go on that score, though.

I’d actually say both. The media industry lately has gotten astonishingly lax and corrupt at the same time. As an example, the Trump ‘Russian collusion’ stories which for the vast majority were simply stories about other media outlet stories who in turn had written their stories from other media outlets, and so forth all the way back to a paid DNC operative who made up most of the stories out of bar tales. Before, when the media lied to beat up on a Republican this way, they would just roll over and take it. Trump actually fought back and made more people aware of the fakes in the news industry.

I think that the left in general, and the media specifically, kinda “let the mast slip” during the second Obama term. They thought the end-game was in sight, that the complete and utter “fundamental transformation” of our society was afoot. Then when Trump spanked Cankles they flew into a furious rage and all pretenses to objectivity were cast aside. We now see them for the naked, anti-American gaslighting traitors that they are. And we despise them accordingly. This opening of the eyes to the traitors among us is probably the single most positive result of the Obama and Trump era.

“The U.S. has lowest trust of media…” That’s because we have the least trustworthy media in the world,

Or it could be phrased, “U.S. policical operatives pretending to be media have lowest trust when compared to actual media”

> That’s because we have the least trustworthy media in the world,

It’s bad elsewhere too. In looking at foreign media in areas where I have a lot of subject matter knowledge (coverage of Israel and the Arab world and the Pals), I see that the foreign media coverage is often worse than that in the US.

Much of the European media are flatly “crusader journalists” who take a side (virtually never Israel’s) and then write pieces that stir up the public to support the journalist’s position, all while proclaiming themselves neutral and impartial.

Our ‘free press’ has chosen sides. And it ain’t America’s.

Guess what their ‘news’ media have in common?

Then guess what our ‘news’ media now has in common with them?

Notice who else isn’t on the list: the Middle East, North Africa, Pakistan, Malaysia, and Indonesia. I wonder what they have in common.

And yet many of those who claim they do not trust the media will still uncritically parrot the media’s far Left talking points, and vote for whatever Communist dirtbag the media tells them to vote for.

It worries me that trust in U.S. media is still so high. Apparently, nearly a third of the population isn’t even paying attention.

Perhaps it isn’t that high.

We were lagging behind USSR in the propaganda field. Their demise opened the door for the US media to win gold for “sucking hard at news”.

It would be interesting to see these same results from, say, 2017 or 2018 when the media was 99.5% anti-Trump. The Democrat results might have been near perfectly “trusting”, driving up the average a bit.

Pat Caddell : The media have become “Enemy of the American People”.

Last I ran the number only congress had a lower approval than the propaganda machine.

One explanation is that the internet destroyed the news media’s business model. It now has to compete for clicks and subscriptions with internet news sources which are often free. This leads them to embrace fear, outrage, and manipulation in order to keep their customers. This results in media outlets tailoring their news for specific tribes.

In other words, a lot (but certainly not all) of the current news disaster is the result of media personnel concern for their own livelihood.

I’m rather pessimistic about the likelihood of a good solution to this situation.

Perhaps the government could financially support non-partisan TV and radio. They could be called the “Public Broadcasting System” and “National Public Radio”. (dark humor)

I think the best idea would be for parents to send their children to schools (K-12 and higher ed) (or home school) which taught them “the good, the beautiful, and the true” (Western Civilization) so that they would be able to determine when they were being lied to. But many parents have other priorities.

I think it’s that the internet destroyed not only the news media’s business model, but its control of the narrative. Do these other countries have the equivalent of Breitbart, Newsmax, OANN, Pundit? If the Peruvian Hunter Biden leaves his drug-and-porn-ridden PC at his local Casa de Ventanas, do they have any means of hearing about it if their MSM declines to report it?

Has the media ever considered that their extreme partisanship could be an issue? No wait that’s a silly idea – if you’re not a card carrying Leftist you can’t be a real journalist!